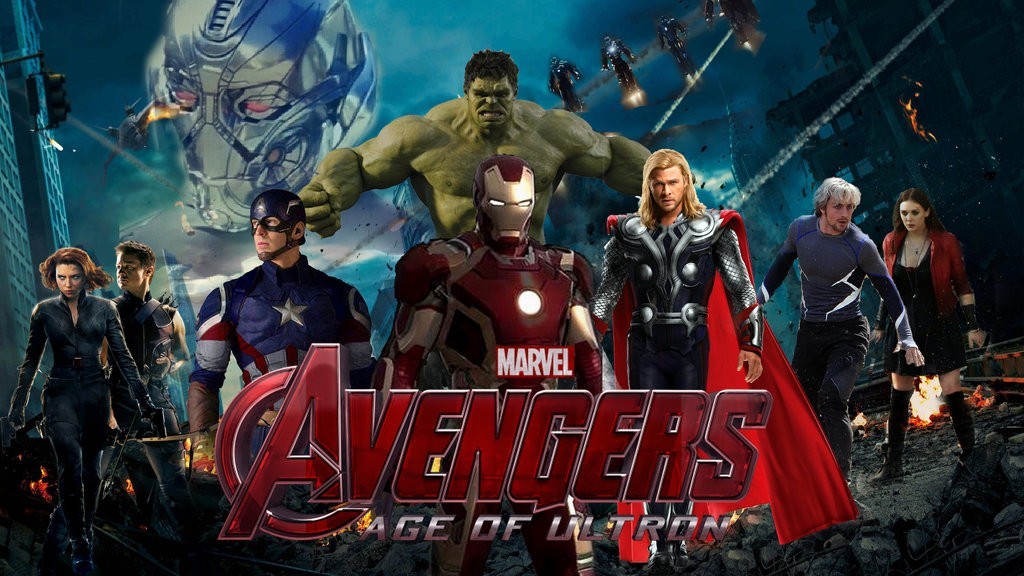 Violence, love, stupidity, anger, and fear… And this was all before the trailers rolled!

As a mental note I must make to check row numbers before asking a very polite gentleman to check his seat… at the complete polar opposite of the theatre.

I then proceeded to sit ready to watch the midnight premier of Avengers: Age of Ultron.

Now before I continue, I’m a huge Marvel fan-boy. I adored the first installment and have been salivating ever since I heard James Spader’s voice in the teasers. Remaining true to my word, my unbiased and spoiler-free audio review follows…

First of all I want to take a minute to address the previous film; Avengers Assemble (or ensemble as my better half pronounces).

Now I know I should open mind and ears to new avenues but as part of a series it’s only fair to compare directions in each film. In this installment, Alan Silvestri has been replaced as composer by Brian Tyler, with Danny Elfman contributing additional music.

Alan Silvestri’s score brought to life a more detailed view of the characters, yet in turn did only that. The ‘umph’ of the action scenes had depth but not drive. I loved that score, but it needed attitude, and it was, at most parts, lost in the never-ending plethora of sound design, visual effects and Scarlett Johansson’s assets. 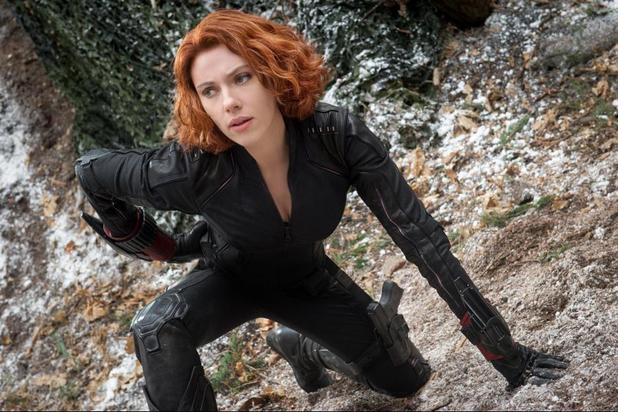 In Age of Ultron, I started to feel the same with regard to the mix. The opening scenes pretty much introduce you to our “enhanced” band of heroic misfits but I was lost in the motion and found the music barely there. Although, when apparent (you’ll see where), I heard faint motifs played to signify each leading character from their previous themes. You can hear the intentions and it serves the opening to the film brilliantly!

Instead of a slower more defined melody played in the title there’s a huge thump of staccato strings pounding through the title reveal. The first 10 minutes paved a way and set expectations very high for the entire 140 some-odd minutes. I wasn’t disappointed.

I want to briefly touch on a piece, which I can’t get out of my head. It’s a very short teaser that develops throughout the film depicting the story of two specific and pivotal characters. The theme warmed me like no other Marvel film has done before. Adding a desperately needed depth outside of action, end-of-world-esque brashness. It was emotion.

Going in a different direction seems to have served the film well indeed. Still including a nod to Silvestri’s work, whilst lacking the cinematic depth that Silvestri created, Tyler and Elfman have done a fantastic job of ‘beefing up’ the Avengers universe with ferocity and heroism.

Now, in having a brief look through hashtags and opinions online some people would prefer Silvestri’s prior music to the “New Avengers” style of music. I would disagree. Tyler and Elfman’s contribution in Age of Ultron has told us “Right, these kids are a bit more of a team and they’ve grown up a bit”.

In light of this, I still feel as though it’s missing something memorable musically. Something thematic that a Joe-Bloggs everyday film-goer would recognize as a character theme. I hear no Imperial March  or Gumption or something similar to distinctly say “this is this character” and have you humming along to the theme.

The only two memorable pieces of music I can’t get out of my head are the Pinocchio song I Got No Strings and the theme between Romanov and Banner.

But maybe that’s all we need? The recent Marvel Universe has taught us that story can sometimes sit second place to action. Age of Ultron is no exception given the huge list of visual effects and CG artists in the credits, and music tends to serve more as a driving implementation rather than a narrative. Either way, once the score gets it’s official release, I’ll be making sure it sits snugly in my collection.

Christopher Boyes has acted as supervising sound editor and sound designer and him and his team did not disappoint one bit.

Having recently watched Thor: The Dark World, Captain America: The Winter Soldier and Iron Man 3 again I expect something of the same old standard sound mix where action and loudness is king and everything else follows suit. Not this time.

Let’s get the small annoyances out of the way first. 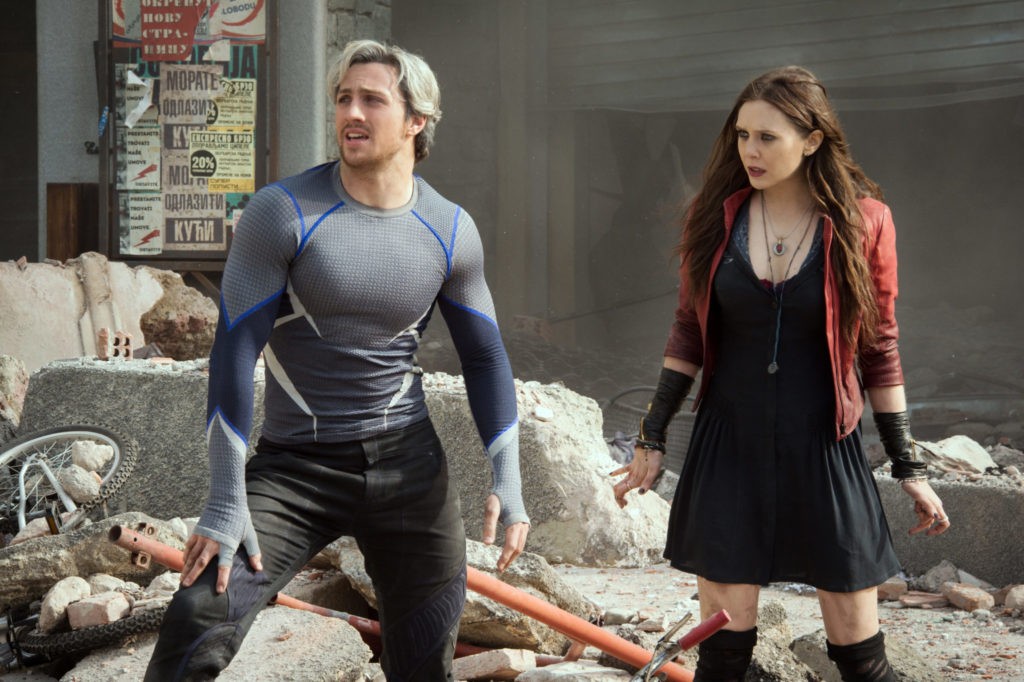 Overall, dialogue was spot on. It was clear and sat perfectly in the mix in most scenes, though there were a few occasions where Ruffalo’s speech was somewhat damp. I understand his character doesn’t make great gestures with his voice whilst containing the Hulk, but it sounded a little whispy in quieter moments.

Another small nag I had was in one scene where Johansson is holding a glass in front of her mouth, her dialogue dips and seemed as though there was no need for it.

My final criticism was Hawkeye’s arrows. Unless they were forged on Asgard itself with the blessings of Odin and enraged with the thunder of the gods, then there was no need to have them so loud. In Avengers Assemble the arrow sounds were subtle. Here they sounded like otherworldly objects sent forth to destroy all in their path. Given the back story and what we see revealed about the character in Age of Ultron it would have made much more sense to have the arrows sound more like just a man was drawing them, not Hulk.

Out of 142 minutes, these slight nags are nothing to make you walk away annoyed with the ticket you paid for. The majority of the sound was top notch and in parts blew me away. Yes, there were the inevitable battle scenes where nothing but explosions and heavy hitting cracks are rattling away in both foreground and background. But listening carefully you hear cheeky glimpses of pings of Captain America’s shield or grunts of the Hulk that actually convey emotion as opposed to just rage.

I did notice that Jarvis sounded a little less engaged in his outing this time. Lacking a little personality but I understand that this may have been intentional given the context of the film. However, a cheerier Jarvis would have helped to differentiate between him and Ultron…

Ultron… Wow. James Spader brought an enigmatic performance to Ultron. Given that Ultron is an AI, there was so much humanity, flaw and personality to his voice. The team had not just decided to say “Oh yeah let’s record the dialogue and add a few filters to denote a machine”. No, Ultron’s voice changes throughout the film depicting the state of his character (I won’t go further than that story-wise) and creates a somewhat empathetic reaction from the viewer.

He breathes! And not just a robotic huff, there’s actual breath that’s not just copied and pasted textures over the dialogue, the actual exhaling has been carefully rendered for each time and the sound is very human as opposed to an Autobot-styled grunt.

So yes, there were occasions once again where music was lost in the mix, and where sound itself became a dominant presence on screen but this is what you tend to expect from a Marvel film. And to be fair, it’s not a bad thing. It leaves you focusing on the action, and all of the intricate moments going on in backgrounds whilst the main scene is taking form. Nothing has severely disappointed me in Age of Ultron.

One ‘montage’ scene earlier on seemed a bit of a pointless use of 30 seconds which added nothing really to the story, and the horrid product placement of Beats headphones nearly had me in tears, but aside from that I loved it.

As far as sound and music go, I cannot fault the efforts of Tyler, Elfman and Boyes. It exceeded my expectations and gave the Avengers Universe a new type of sound. One which I hope will continue.

I would like to see how in future installments Silvestri may add to the score to give a huge depth and emotion to the screen, but this action-packed installment in the Avengers series, I have walked out of the cinema with a great smile on my face and cannot wait to see what the next adventure brings…