When I first came to review Magic Shot, it sounded like a fresh idea to me. I tend to play a lot more console than mobile games, usually what friends and colleagues have worked on.

Having this opportunity to play a mobile title was great as it helped open my mind to something new. 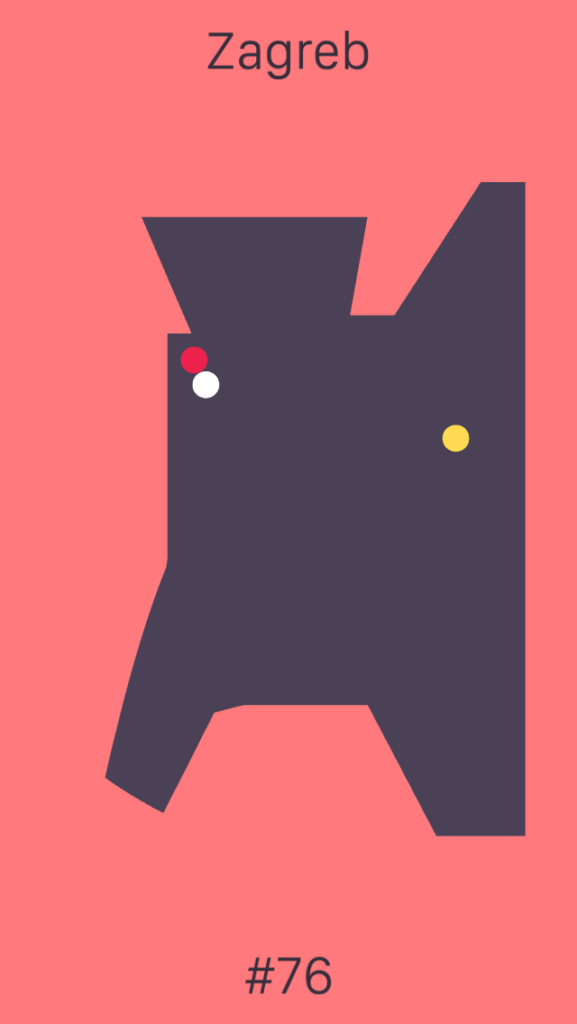 It’s a simple concept based on old French Billiards where the white ball must touch both the red and yellow ball in each shot. Success indicates progression to the next level, which I must say, I loved the names used for each level rather than 1, 2 etc. It’s like each level has a personality of it’s own. A simple, yet effective little touch that had me always curious of the next name.

The levels themselves in the “Meditation” mode are a progression up to 2,700 levels where the Billiard ‘table’ changes shape and morphs per succession. Each morph changes the area in which you have to take your shot, placing slight obstacles around the table where the balls end on their previous turn.

It’s a game aimed at both casual and ‘completionist’ gamer types. You can slowly progress through levels on your daily commute to kill time or sit for extended amounts of time trolling though the different game modes and hitting that final table.

The other two modes are Purity and Insanity.

Insanity, I must admit, I am sooooo bad at! This is for the more focused player in mind with a constantly shifting table and a faster-paced environment. There’s tactical advantages to learning the ‘weight’ of each shot and the power required which I hadn’t had the time to master, but you can see how this mode can become very competitive and rewarding.

For reference I listened to the audio on both the internal speaker on my iPhone and through my Sennheiser studio headphones.

I was delighted and felt a sense of wonder when first firing the game up. The subtle ‘water droplet’ indicators of navigating through the menus and discovering the features, were like little nuggets of reward in themselves. Keen thought has gone into the rewarding sounds that accompany the menus, as if everything you’re doing is right and a good start to your adventure in Magic Shot. The tones were not too harsh or brittle and sat well alongside the visuals.

Moving onto the sound effects of the game, I was slightly disappointed when I tested the interactive audio. There is none or as far as I can tell at least. The premise of choosing the severity of your shot and the kinetic energy that you would have from striking the cue ball harder and softer at times was lacking in interactivity.

I would have expected a little more engagement with the sound effects, rewarding you with more of a thump when you had chosen to strike with a larger motion and a softer crack when placing a slower, more tactical shot. Similar to the sounds created when hitting the red and yellow balls themselves and their sounds generated when hitting each other or deflecting off the boundaries of the table. I feel a simple 3-layer factor depending on the severity of the strike would have given a little more interactivity to the experience.

Based on interactive audio playing a huge part in gaming ever since before we collected our first coin in the Green Hill Zone, a slightly larger sample set would have done wonders here. It’s not without it’s merits, the sounds are mixed very well with the music and do not deter the player from the on-screen activity. The ducking of the audio, when entering the paused, in-game menu was leveled perfectly and cannot be faulted. 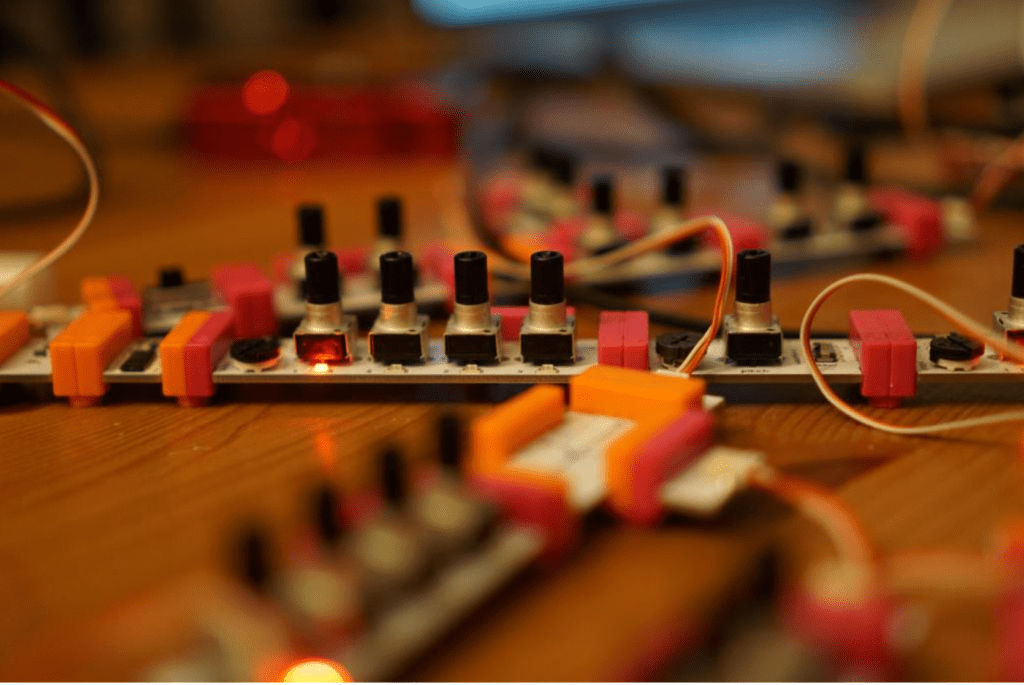 The music, I would describe as experimental, and innovative for this type of mobile game. I could be wrong, considering my experience of playing mobile games is much less than many others.

Composed by Renaud Bédard using a tool I have not come across before; “LittleBits”.

LittleBits are basically a set of modular ‘bits’ set in sequence, alongside a Korg synthesizer to create your own analogue synth out of the box. It’s an innovative set of tools that can seemingly create a vast array of sounds and tones based on the tastes of the user.

After watching a few demos online I’m even considering building one of my own!

From the very start of selecting your game mode, you are thrown into the creative mind of Bédard as his synthesized sounds engross your playing experience. A continuing soundtrack of synth music with a descending chord pattern that is borderline dissonant tends to distract you from the game, a lot.

I sat for a while with the game in a stale state just listening to the music and I can tell a lot of preparation had gone into the music and it’s sequence using LittleBits and hats off to Bédard for his ability to utilise them in this way. But as far as a soundtrack to accompany this game, it really wasn’t for me. It was distracting and off-putting. After around 20 levels I found myself having to turn the music off (feature found in settings menu) and enjoying the game without it.

It fit the visuals perfectly, the neon colours and flashing tones gives full warrant to the music accompaniment. But I simply could not listen to it for a whole 2,700 table variations. This was for the first game-type, Meditation. I found it aided much better in the Insanity mode due it’s frantic nature. But I still doubt I could expose myself to it for a prolonged period of time, small doses perhaps?

It just felt like the music didn’t match the tone and structure of the game, only the colours and themes.

Magic Shot is a fun, little game to play during commutes and Grand Theft Auto V loading times. It’s competitive, rewarding and a great way to pass the time. Despite the interactive sound effects not quite being there and the sound not fitting the mood of the game it’s still worth a download and having for your travels.

Bédard has given me a new perspective on creating audio for mobile gaming and in a different setting (maybe futuristic point and click adventure/horror) this may sit perfectly. And with more variation in the tone it would be a bit easier on the ears for extended periods of time. But then, mobile games such as Magic Shot are not really made to be played for such lengths.

Without bashing the game as a whole, I shall honestly say I’ll continue my attempts at getting to that final table layout and completing my current progress, but unfortunately it will be with the sound muted.

Like what we do? So do we! To keep going and bring you even better, higher quality content (plus getting more awesome writers involved) we’ve set up a Patreon page!