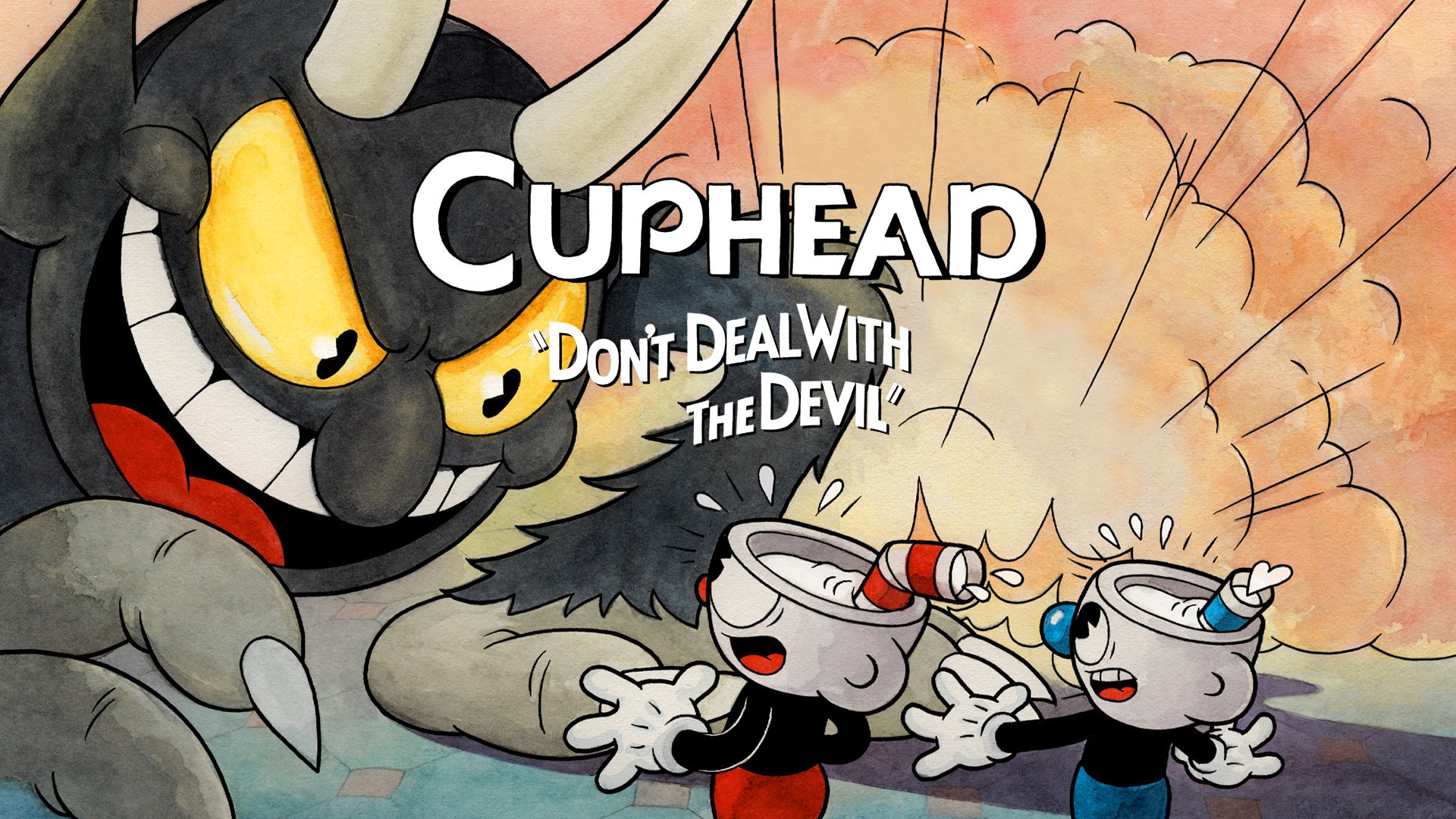 If you keep tabs on the latest games industry news, you have probably played or at least heard of Cuphead; a 1930’s inspired cartoon run and gun game that you can either play local co-op or go it alone. Cuphead is in fact the debut release of StudioMDHR (short for Studio Moldenhaeur), founded and run by two brothers Chad and Jared Moldenhauer, and what a way to announce your presence to the industry. For its eye-catching hand-drawn beauty, testing gameplay and innovative content, Cuphead went platinum in a matter of weeks, selling over a million copies, and it is incredibly well deserved.

Right off the bat, something that I love about this game is that it’s hard. It’s been a while since I’ve played a game that offers a genuine challenge and requires an accurate combination of tactics, logic, and sheer determination whilst still being such great fun. The game has been incredibly well received across the board, and has reviewed exceptionally well. The only discussion seems to be based on its challenging gameplay, but for me it’s refreshing, and has given my brother and I many laughs, cries of frustration and punches in to the sofa as we get so close to that final end point only to be thrown right back to the beginning by a foolish misstep. But, gameplay aside, let’s take a look at the audio.

The soundtrack for Cuphead comes in at a whopping 56 tracks, totalling almost 3 hours in duration. Naturally the game’s aesthetic calls for a certain style of music, and composer Kristofer Maddigan has excelled from every angle. This soundtrack is undoubtedly one of the best soundtracks I have ever listened to, both inside and outside of the gaming industry. Kristofer has crafted catchy yet chaotic melodies and perfectly accompanied moments of tension, moments of frantic button mashing and moments where you sigh in relief as you finally defeat a level after the 15th try.

The music was recorded at the Canterbury Music Company in Toronto, Canada and a full credit list for the soundtrack’s production can be found here. As well as releasing the soundtrack on disc, StudioMDHR have gone a step further and released a shining 4-disc vinyl box set. My utmost respect goes out to everyone involved in the soundtrack’s creation, and particularly the musicians involved because the chemistry in every single performance is boundless.

Despite the gargantuan number of tracks, every piece has such a fierce character. Even with the complex nature of the composition, the tracks are memorable and I can vividly recall the section of the game attributed to each piece – although admittedly this is probably because they’re burned in to my soul after dying so many times. Some of my favourite tracks include Inkwell Isle One, Carnival Kerfuffle, Threatenin’ Zeppelin and the Victory Tune, but there is something to be admired in every track. Credit really must be given to Kristofer for this incredible feat in what I believe is his debut video game soundtrack.

Although a lot of modern game soundtracks revolve around interactive music, Kristofer went for the traditional song structure of a start, middle and end to each track rather than segmented loop points. For Cuphead, it works perfectly. Each track has enough dynamic and variety to be engaging yet not irritating when on repeat, and it was nice to appreciate the full progression of each track from start to finish.

Overall, playing this game created one of those special moments I encounter where I really feel a deep appreciation for the power of game audio. The music truly brought the game to life and pulled me in to this glorious world, and without it Cuphead would be an entirely different experience. It’s one of the most engaging soundtracks I have listened to in a long time, and stands as strongly on its own as it does in-game. 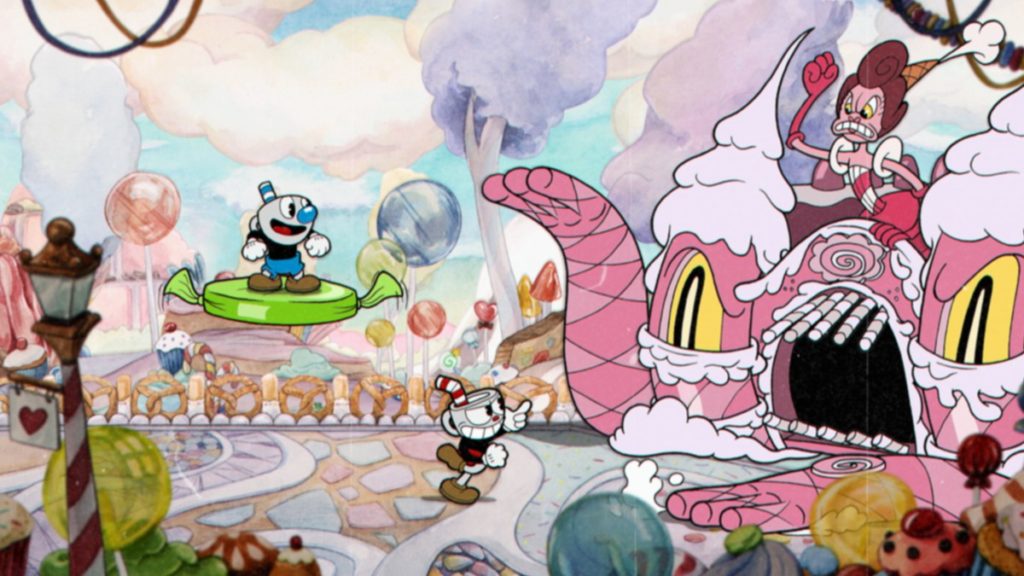 The sound design in Cuphead has also gone above and beyond to ensure it encapsulates the feel of this era. Designed by audio company Sweet Justice, the attention to detail is admirable. As with the music, the game’s style presents an interesting challenge in terms of sound design, but Sweet Justice have done a fantastic job. From the nostalgic grainy sound of interference that plays through the loading screens to the bold sonic personality of each of the bosses, everything fits so well.

Some of my favourite sounds were the player respawn sound in local co-op , and the UI sounds across the menus. In Cuphead, you have no weapons, but the ability to attack your enemies with a mean, rapid-firing hand click. Hearing this evolve across the special moves that you are gradually able to unlock was also interesting. A lot of the fascination was definitely in how the sounds had been manipulated and processed to fit the style, accurately achieving that vintage identity.

You do not have to go far through the game to appreciate how challenging it must have been to maintain a balanced mix. With so much happening visually all of the time, there is an immense pressure not only to design an massive amount of content, but to maintain clarity at the same time. Sweet Justice managed to create a mix that blends in to the environment whilst still rearing its head enough to keep your ears up to date on what is happening. It was the perfect choice as it allowed the music to take precedence and enabled all aspects of the game’s audio to collaborate smoothly. Ultimately, Sweet Justice have made many wise decisions with the sound design for this game; confident in what sounds could be repetitive without becoming grating, and which sounds required variety. They have crafted a really unique soundscape that smoothly integrates in to the visuals, and really does this project justice (no pun intended!).

If you would like to read more about how Sweet Justice tackled the sound design for Cuphead, check out A Sound Effect‘s interview with Samuel Justice here.

Whilst the game includes characters that you can interact with, much of the dialogue is understood through text with the characters’ voices woven in to the sound design rather than through distinguishable dialogue. However, some characters in the game exhibited some really interesting vocal choices, such as the ‘Elder Kettle’, which Sweet Justice’s Samuel Justice explained was a recording of someone physically speaking in to a big pot while rattling the lid. Another similar quirk was Porkrind’s distorted ‘Welcome’ and ‘Goodbye’ as you leave his shop ‘Porkrind’s Emporium’.

Nevertheless, the ‘Narrator’ is by far one of my favourite voices in this game, although I sadly struggled to find the voice actor’s name. The ‘Narrator’ announces a line to get you ready at the start of each level, and I liked buy ambien thailand that these lines alternated through consistent variations. Having set lines for each level would soon get repetitive when you’re dying and having to restart so often. As aforementioned, this reiterates the importance of choices Sweet Justice have made by knowing exactly where variation is needed, and where repetition can be accepted, to avoid irritation.

Returning to the music, the barbershop vocal style of tracks like ‘Don’t Deal With the Devil’ and ‘A Quick Break’ must be commended. It’s a genre scarcely heard particularly in modern music but brought an incredibly fitting element to this already magnificent soundtrack. The vocals were provided by the brilliant Shoptimus Prime barbershop quartet who perform regularly around the US. Additionally, singer Alana Bridgewater‘s sultry tones in ‘Mr King Dice’ were a cherished spark amongst the rest of the tracks. Whilst the instrumental style was apt for the game, having some vocalised tracks in the mix was a nice lift and brought an added dimension to certain characters. 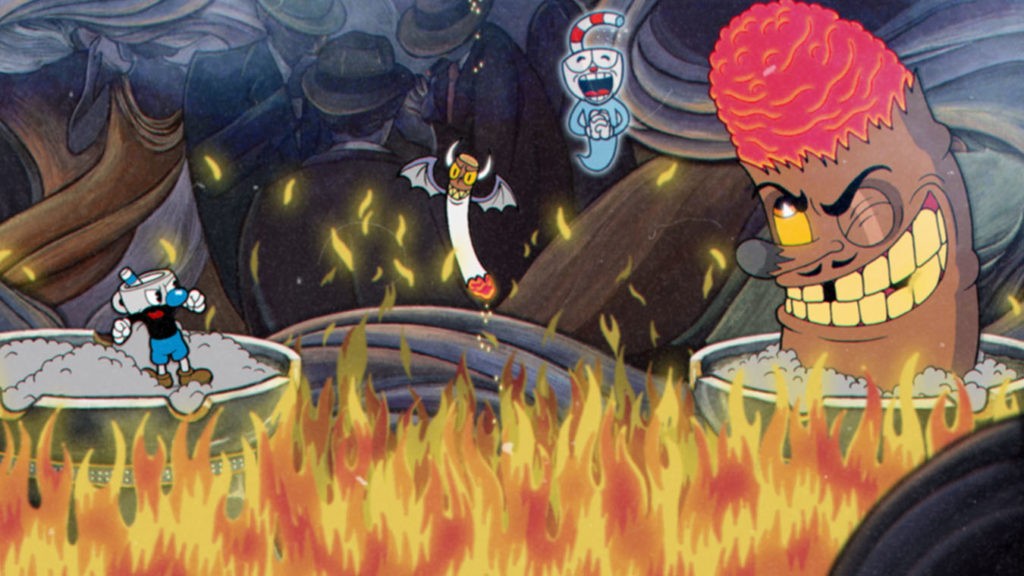 All in all, Cuphead is without a doubt one of the most enjoyable games I have played in years, even more so as it’s such a great local co-op. It’s an incredible thing to be able to take the life and soul of a fascinating era and unite it with the modern technology we currently have available. Cuphead ignites that same feeling within me that I get when I stumble across an old board game from decades ago and I think that says a lot about how well the professionals involved have nailed this. The soundtrack is one in a million (and now accompanies all of my car journeys!), and the sound design excelled at gluing everything together whilst never falling out of that classic 1930’s vibe. This game has set the bar for what can be achieved amongst a small team, and for me is a cracking example of how far the indie games industry has come. Hats off to all involved! 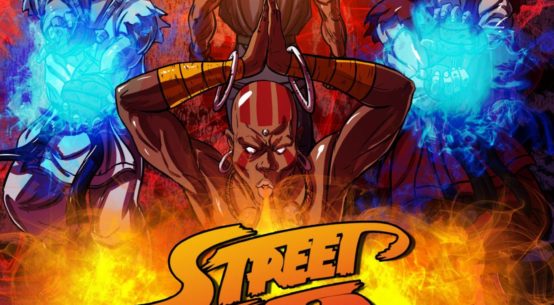