Alyx Jones speaks to Sound Designer and Composer Paul Weir about his career so far, including his recent work on No Man’s Sky.

Paul Weir, has worked in the games industry for nearly 20 years, so I think it’s reasonable to call him a veteran. He’s also worked alot on generative music projects, including alot of work on installations. Weir has also literally written “Music for Airports” and other retail environments.

He is currently an audio director for Lift London, a Microsoft studio and the audio director and sound designer for the game No Man’s Sky (Hello Games) where he has created some unique procedural audio technology. Paul started his career in game audio on the Discworld games and has countless titles under his belt including: Strike Suite Zero, Deus Ex: The Fall, Thief (2013), Joe Danger 2: The Movie, Finger Hoola, Zombies Run & Lego City: Undercover, Pure, Lego Batman & Harry Potter, Juiced 2, Crime Life, Broke Sword IV, Ghost Master and Warrior Kings.

Incredibly, on top of all this, Paul was also responsible for running one of the first courses in game audio in the world, a course for music in games and interactive media and has been lecturing in game audio and running related courses ever since.

Big thanks to our sponsors Krotos creators of Dehumaniser: krotosaudio.com 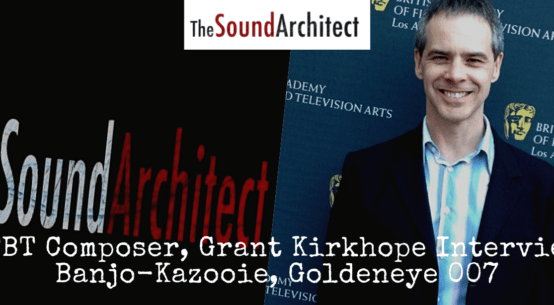