No Man’s Sky is a long anticipated and 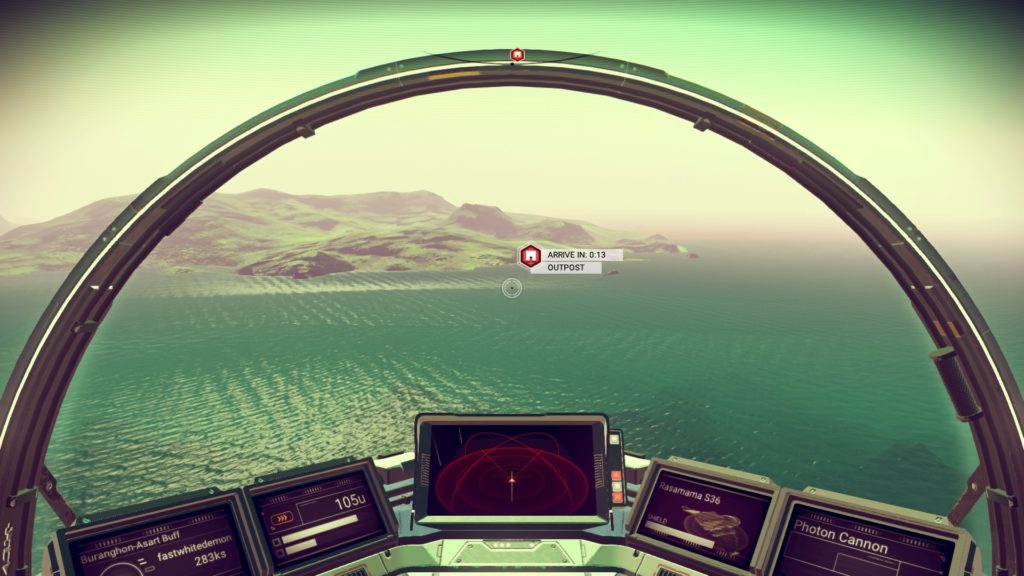 slightly controversial recent release from Hello Games. It’s a huge universe of procedurally generated planets to discover, the perfect science fiction game. Alot of hype has existed for the game, especially since their E3 reveal last year, and a slight delay in release date. However the game is finally out and opinion seems very divided on the final product. I confess, I don’t hate or love it particularly. I keep coming back to the game, to upgrade my ship and discover more planets, in the same way, many players might come back to Minecraft for the exploration. While there is gameplay in terms of building up your stats and saving to buy bigger and better items, it is essentially a resource mining sandbox game. If you load up the game expecting a deep narrative, space wars and lots of weapons, you are likely to be disappointed, because this isn’t your standard AAA game. 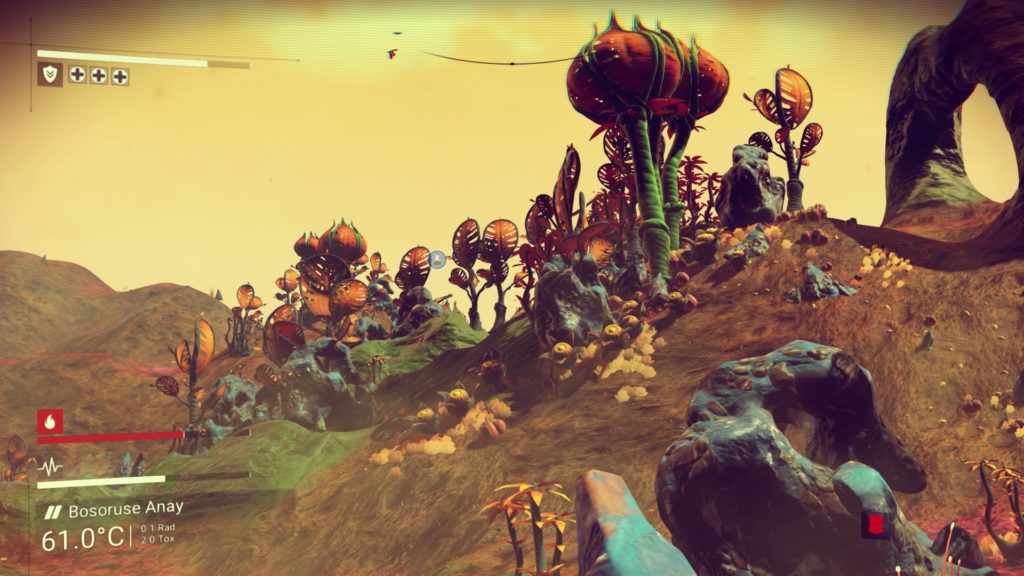 Sheffield rockers 65daysofstatic were brought in to write an album for No Man’s Sky. It’s a slightly unusual
way of doing things. The band went away and wrote an entire album, that was then brought back to Paul Weir, to be dismantled and separated into thousands of assets to then be used in the game. It’s strange because it creates alot of extra work in turning an existing album into assets, rather than just creating the assets, with an understanding of the game music systems in mind. Maybe comparable to big games companies hiring film composers to write X amount of minutes of music for a game, and then shoehorning that into an adaptive model.

However, having said that, the music does sound really good and works as well as expected given the difficult task, of creating a system to fit music to a procedurally generated game. There are a few occasions I’ve found where for example, there’s quite intense rock percussion/drums playing, and it doesn’t fully match the environment or what is happening in the game, but there’s also been occasions where the music has been absolutely amazing, really nicely matched, textures and drones, delayed piano melodies, overlaid with weather sound effects and the calls of strange creatures, these are beautiful moments. There are some definitely cool “under the hood” techniques, such as the music apparently rising up in the scale, relative to your literal height in the game. I’ve also found that, sometimes music from one planet has continued playing into an entirely different environment, where a change might have been more appropriate. Overall, nine times out of ten the music matches the visuals and doesn’t pull us too far out of the perceived reality of the game world.

Procedural audio guru Paul Weir, set out with the massive task of creating audio systems to match the procedurally generated nature of No Man’s Sky. The soundscapes took a much more detailed nature than the music systems, with more processing applied, for example weather systems, indoor, outdoor and a combination, depending on proximity to buildings or caves. 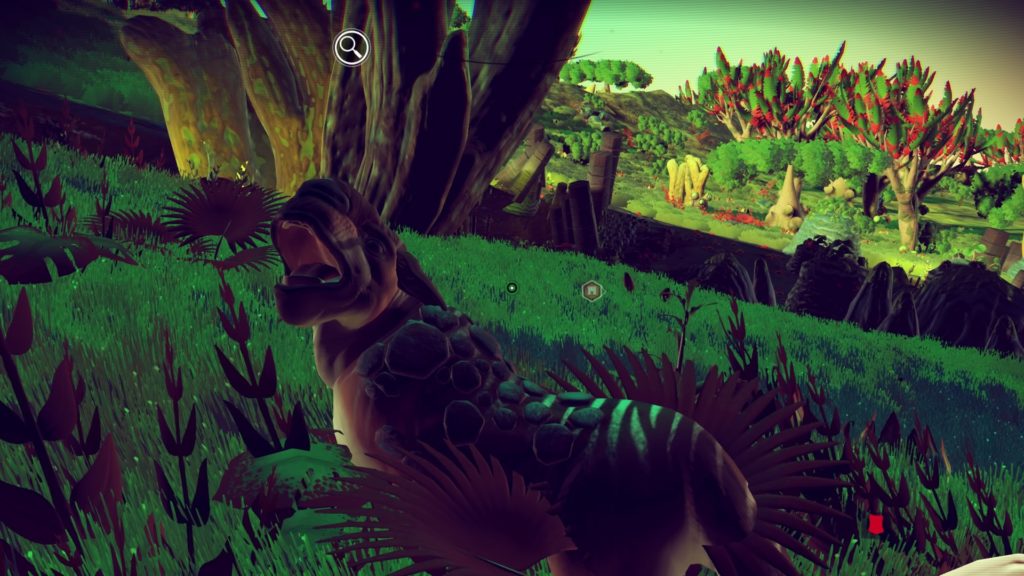 The really interesting aspect of the sound design, actually comes with the procedural generation of the various creatures and monsters you encounter while playing. Sandy White (Ant Attack), is not really credited for any of the audio in the credits, however was responsible for the creation of a piece of software to synthesise creature vocalisations in real time. He essentially created a piece of software to electronically mimic a vocal tract as closely as possible, and used the principle of “formants” to recreate the way a voice resonates within narrow bands of frequencies for each vowel. Many variable from within the game such as size, creature type, head:body ratio, impact on how these voices are generated. This is definitely the direction audio technology should be developing to keep up with the commonplace procedurally generated levels in game design.

Overall, some really groundbreaking work has been done, behind the scenes on No Man’s Sky. It is a shame that the music systems weren’t pushed further, as we have yet to see any kind of real time synthesis of music (not counting the very first games), and this would have been a perfect project to experiment with. Of course CPU budgets may not have coped, and the game was already delayed once! It’s definitely an interesting game for audio and worth playing if this intrigues you. 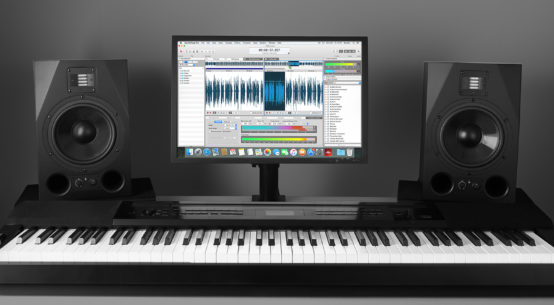