Thanks for speaking to us again James and John, it’s a pleasure to speak to you both, as always, and we’re looking forward to seeing you at Game Music Connect 2015.

It’s been a long journey and we’re proud to have covered the event since its fruition in 2013. How has it felt to watch it grow since 2013?

JOHN: Hey Sam, thanks for having us; it’s great to be back talking about Game Music Connect and likewise looking forward to seeing you at The Southbank Centre on the 15th September. Can’t wait! Yes it’s been quite a journey and a lot of hard work, right Jim?

JAMES: Yeah, it takes a lot of effort and there’s a degree of risk to do it – particularly the first year – but we’re very pleased with the way it’s been received. It’s amazing how quickly it became established in people’s minds as an annual event. I guess over many years and many conversations, we felt there should be something like this in Europe bringing together videogame music talent – both in front of and behind the mixing desk – to explore the issues around what we do and also to celebrate what many people would see as an artform in itself.

JOHN:I agree, and clearly in terms of games as a medium, there are key differentiators creatively and technically from music for games’ linear cousins, TV and film, to talk about.

I guess I’d say we feel pretty gratified and thankful to see how Game Music Connect has developed so far – and it’s a privilege to be like a catalyst for bringing these wonderful people together in one room.

JAMES: That’s right, we’ve had some extraordinary guests and this year will be no exception so thanks to them – but also a big thanks to everyone who’s supported the event by attending and being a part of it. Without that body of people who share this interest, passion even, for music in games, the event simply wouldn’t happen.

JOHN: I have to say also how hugely grateful we are to our sponsors and partners. When you have the likes of Sony Playstation, COOL Music, Spitfire not to mention the British Academy, BAFTA behind you, it definitely gives you a buzz – you realise these illustrious organisations are also into celebrating the art of scoring for games.

And seriously, thanks to The Sound Architect for coverage from the very beginning – we appreciate it.

Of course it’s a pleasure. What do you feel is different with Game Music Connect?

JAMES: I suppose you have to think about the geography of this for one thing – I don’t think there’s really anything quite like Game Music Connect in this part of the world – particularly something which looks at and examines the fundamental philosophical issues about game music. As well as the ‘how’ we’re very much about the ‘why’.

JOHN: We’ve both seen games music develop over more than twenty years – and that’s just in terms of time actually working in the industry creating it! We’ve seen music in games used tremendously effectively but we’ve also seen many instances where music was mis-used and over-used – we should always ask ‘why’ I think.

JAMES: Interestingly VR throws right or wrong approaches to the use of music interactive experiences into even sharper relief. Alastair Lindsay and Joe Thwaites will talk about this in their Game Music Connect session – VR is a new landscape for music – and they’ve had the opportunity to explore it in depth and find out through experience what works and what doesn’t. Not many people in the world have had that opportunity. Music can help immerse you but it can also break the spell and bump you out of the experience.

JOHN: I’m not sure if this is something ‘different’ per se about Game Music Connect but I do really like the collegiate feel of it and peoples’ willingness to share openly and I guess generously from their experiences, both good and bad – and from their expertise. It’s a good vibe.

JOHN: Well where do I start? Wow.

JAMES: Well I can kick this off – we heard just before this interview that our friend from Rocksteady Studios, Nick Arundel – the composer and audio director on the Batman series no less – will be taking to the Game Music Connect stage. Plus we just got the nod that Allan Wilson, renowned conductor for loads of movie and game scores (Sleepy Hollow, Harry Potter game series, Fable game series etc) will also be taking part. Brilliant news…

JOHN: It’s awesome to have Chuck Doud as our keynote speaker. He’s the Sony America’s Director of Music for titles like Uncharted and The Last Of Us – I’m seriously looking forward to hearing what he has to say – we’re very lucky to have him come over. Also a BIG shout-out to Dan Bardino who heads up Sony Europe’s Creative Services Group. He’s been a fantastic support and encouragement to Game Music Connect from the very beginning and it’s very largely he who enabled the ‘Chuck keynote’ discussion to happen.

JAMES: Hear, hear. I think the VR session with the Project Morpheus guys is going to be very interesting and enlightening too – and we think that Spitfire talking about how they create their libraries is uniquely fascinating.

JOHN: We’re so grateful to all these cool people jetting in to take part. Simon Ashby flying in to do an entire session on interactive music is fantastic and on the orchestral contracting and talent management front, it just doesn’t get any better than Darrell Alexander. I have to tell people something they might not realise about Darrell – he is also a world-class violinist – hasn’t he played on one of your game scores, Jim?

JAMES: Yep – Cloudy With A Chance Of Meatballs! Lol.

There’s something else very, very special on the menu – the Beep documentary preview with Karen Collins – a world exclusive and quite a coup – particularly as it’s featuring Japanese composers.

JOHN: Absolutely. And not forgetting we are absolutely delighted to welcome the composer team and key audio development creatives behind the score of Alien: Isolation for ‘The Bafta Inteview’. This year seems especially packed with unique or very rare opportunities for our audience – and us!

For people considering attending, what would you say to them? Do they have to be a composer, or have a certain level of experience for example?

JAMES: A lot of people who come are professional or aspiring composers plus a lot of students of music. But so far we’ve found it’s of interest to many other people with all sorts of different profiles – music executives, people from publishing, artists and artist management, rights bodies, musicians and arrangers, recording studio people, game developers – both sound/music people and producers. And some people who come are just simply fans of game music. Many people have an interest in the art and science of creating music for games and we feel Game Music Connect has something for all of them.

What are you hoping people will take away from this year’s Game Music Connect?

JOHN: They say a picture’s worth a thousand words so here’s a link to a short documentary which Classic FM made about last year’s event which I think will give anyone who’s interested a very fair view of what it’s all about and what you can expect.

As said previously The Sound Architect has covered the event from the beginning. It is one of our long, loved events and we can’t recommend it enough. If you get time to go and check it out, we’ll see you there! Did you go previously? Let us know your thoughts!

For more information and other interviews with James and John check out the links below.

Classic FM: A short documentary which Classic FM made about last year’s event which I think will give anyone who’s interested a very fair view of what it’s all about and what you can expect

And here’s a link to what games industry luminaries and Game Music Connect delegates are saying about the event: http://www.gamemusicconnect2015.com/?page_id=539

Hope to see you there! 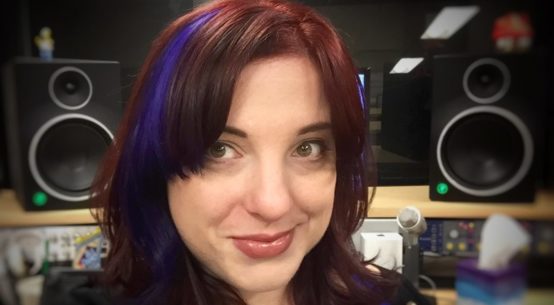