As an avid South Park fan from a young age, you can imagine the excitement going through my mind when I heard that South Park: The Stick of Truth would be followed up by a second serving of delicious satire. The topical subjects its sequel, South Park: The Fractured But Whole, tackles include superheroics, social media addiction, and the Cthulhu mythos. Although I enjoy Role Playing Games, when I first played The Stick of Truth, some of the elements were somewhat lacking for me. The animations felt a little clunkier than necessary for the paper made aesthetic. However, the Fractured But Whole delivers a wholly more satisfying, well-rounded playing experience, with upgrades these animations, as well as to the game level design and the combat system. It plays just like a 16-25 hour episode of South Park and oh boy, did I enjoy it! Three cheers for the DLC to come, but enough romanticizing, it’s time to talk about audio! 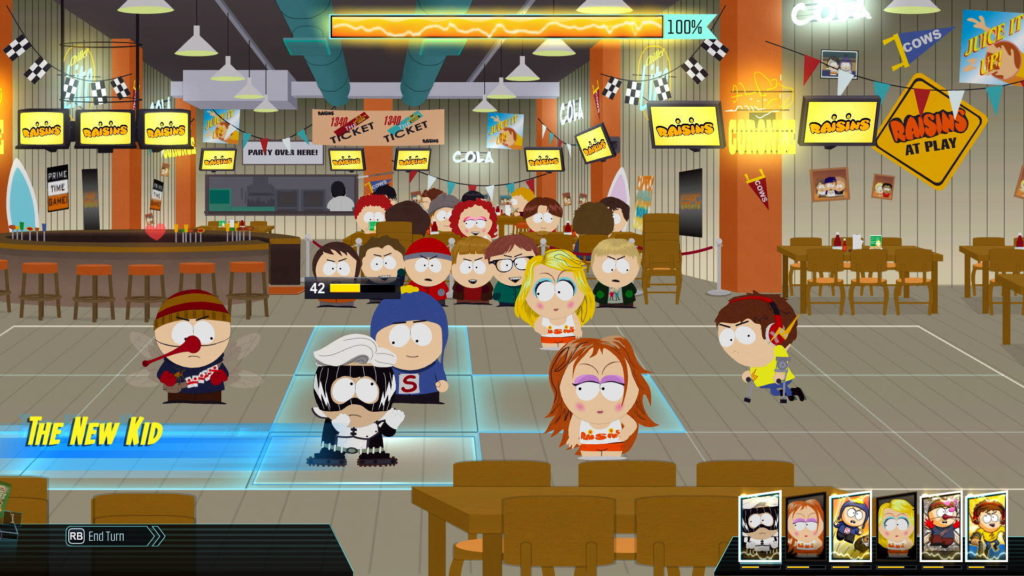 The music in South Park: The Fractured But Whole was written by Jamie Dunlap; composer for the South Park television series and South Park: The Stick of Truth. From the get go, the music for this game sets the tone absolutely. The main menu introduces the listener to a musical theme reminiscent of Marvel’s Captain America: The Winter Soldier and Blake Neely’s score for the popular Arrow Series. This main theme for the game sets a dark tone using a minor key modulation and outlines the entire point of the game the instance you turn it on: to parody super hero movies.

The situational music used within the game, such as for combat and during various areas of gameplay, are tamer and closer to the music of the television series than of the music of super hero films. This provides the game with a settling background to the abnormal situations you play through without branching into tedium. In specific houses or shops within the game, the player can also hear a radio that plays parodies of popular artists and their songs. Examples of pop artist satire in South Park includes Jonas Brothers, Kanye West, and Lorde. As well as providing additional levels of humour, these tracks add to the world’s realism through their diegetic use, as well as break up the background music to add to the variety. Another type of music within the game is throwaway idents that relate to the extended South Park universe. In case you’re unsure, an ident is a short logo or graphic usually featuring a sound, voice over, or music. In South Park: The Fractured But Whole, multiple idents are used as throwaway gags relating to other aspects of the series or games. The newest example of this is a sound effect for Call Girl’s attack that plays the South Park: Phone Destroyer ident (the mobile game that was released shortly following South Park: The Fractured But Whole). Two throwaway gags relating to the show are when you find a collectable Chinpokomon, or when you use Tweek or Craig’s ultimate attacks. Both of these idents play songs from earlier series of the show as a reminder of the episodes. However, one criticism of this  is that the same narrator voice is used for these idents which can break immersion slightly. 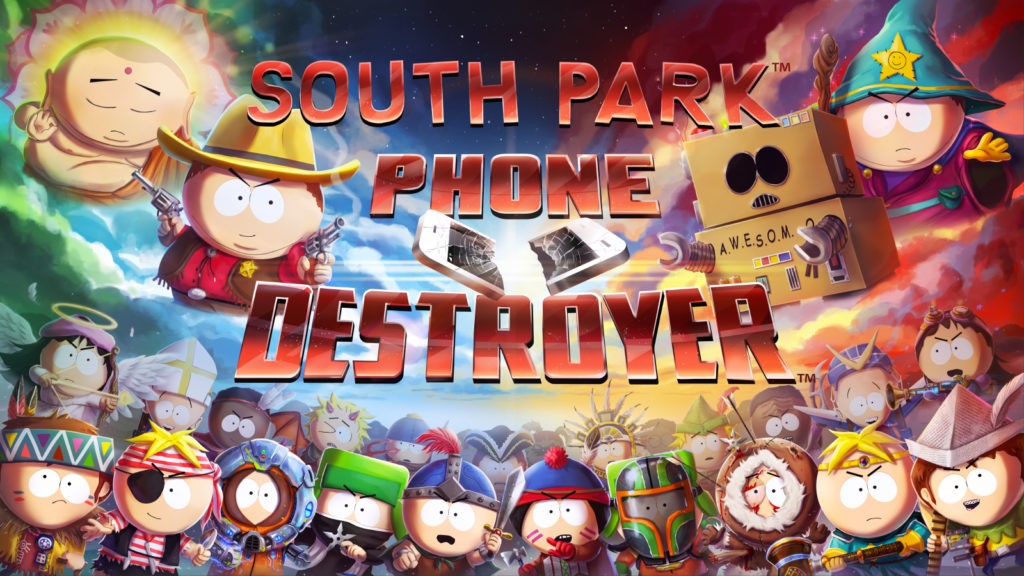 The music uses smooth transitional approaches throughout. There were hardly any issues of awkward musical transitions within the game. There is also a lot of the attention to detail in the music in this game, as there is with the series. Jamie Dunlap really does deliver on these fronts. I also wonder whether this is encouraged by one of the creators of the show – Matt Stone – who studied music at Berklee College of Music and would potentially have a vast appreciation of the role of audio in media.

The sound design for South Park: The Fractured But Whole is fitting throughout, but has a few spots of weakness. The game’s sound effects suit every action, but unfortunately the sound design can fall somewhat flat into the late game. It’s hilarious but repetitive over the course of the 16-22 hours of gameplay. This is very true for the special attacks and farting sounds in particular. The sound design for basic attacks during combat and time farts do sometimes feel repetitive, and could have made better use of some non-repetitive sound design techniques to give the game some extra life. This could have been done with slight pitch modulation and some procedural piecing together of sound fragments. I don’t think much could be done for the special/ultimate attacks as they feature short cut scenes, but there are enough ultimate options that their repetition feels less noticeable than the basic attacks. 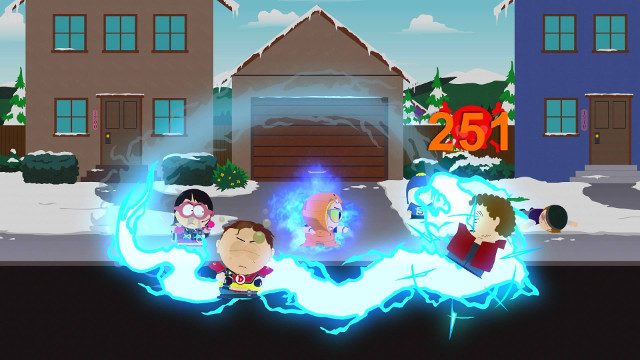 One bug I found regarding the time farts was that sometimes the game would glitch mid-action. As such, it crashed twice mid-fart (which was a big issue as it occurred during a boss fight where these actions play a pivotal role). Sometimes the animation for the rewind ability would take twice as long to transition back to the regular battle screen, with the same audio looping, which was damaging to the immersion of the game. However, the transition from background music to the sound effect for the time fart was well implemented using layering, and it was not a frequent issue.

Overall the sound design is fitting and is well crafted, but unfortunately does have some minor flaws with repetition. That being said, the player is given more abilities regularly throughout the game to pick from and new allies with different powers. These options allow the player to mix up the attack sounds they will hear in a fight, and give the gameplay more variation. This was aided by a variety of delightful mini games that help to break up the constant fighting. Although, I still felt the need to constantly change abilities to stave off the repetition. 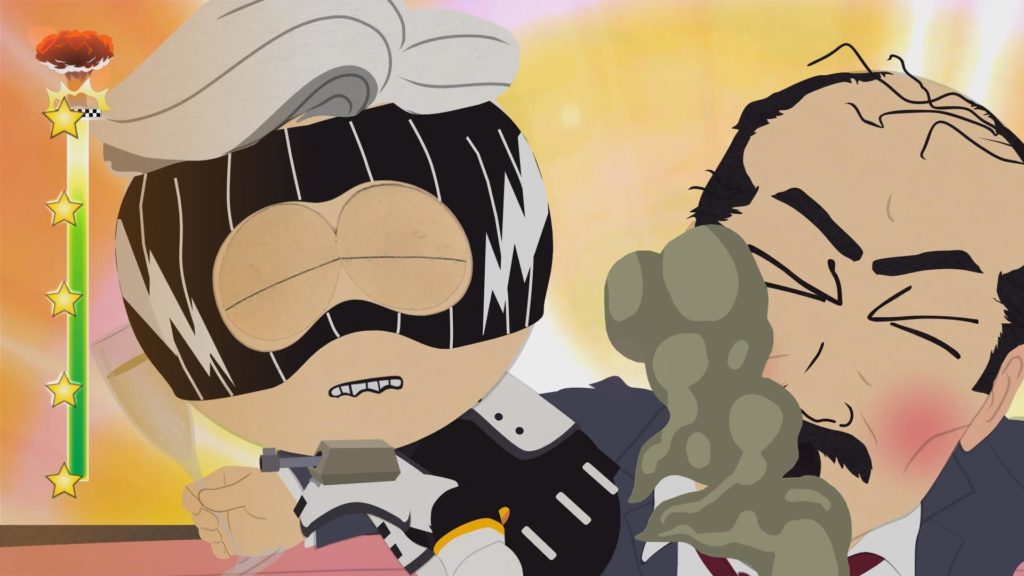 Firstly, I’d like to note that it’s incredible that the vast majority of voices within this title and previous game were portrayed by four people. Considering there are so few voice actors on the project, there are a tonne of characters within the game with recognisable voices that have been developed through the 21 seasons of the show (other than a few notable characters or cameos from the show that had their own voice over artists, such as Isaac Hayes voicing Chef). The dialogue within the game is hilarious, as long as you enjoy the particular brand of humour . As South Park: The Stick of Truth did, the game offers an insight into a variety of characters in a way you wouldn’t necessarily see within the show.

There are three nit-picks for the game’s dialogue implementation though. Firstly, the combat dialogue within the game is also somewhat repetitive and could have done with a few more lines for each companion character. In Ubisoft’s defence the game does use different lines of dialogue based on the character’s status (i.e. if the character is poisoned, burned, etc.). This adds to the variation, but you spend a long time playing with the same core characters and so dialogue becomes stale at times. Ubisoft also adds some variety in battles by forcing a switching of characters depending on missions, and by adding mini-games that happen within the middle of a battle. 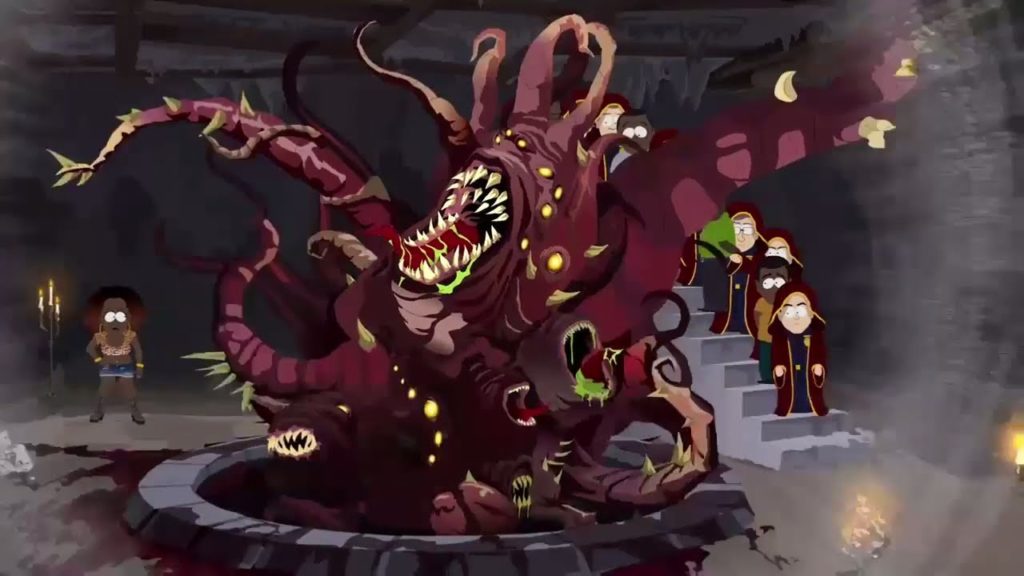 The second nit-pick for this game is that although the game actually makes fun of dialogue trees within RPG’s, there was a particular moment where a dialogue tree seemed to be bugged. An NPC whom you would expect to be hostile towards the player’s character as he was the antagonist in the previous mission, speaks to the player as if the previous battle hadn’t occurred. This seemed almost like they were unaware of what happened. This could be done on purpose to critique the short attention span of the Police Officer’s character within the game, however it seemed more like an error, and once the game application was reset, the character said something more appropriate to the previous mission.

The final nitpick for the dialogue is that although there was a team dedicated to synchronising mouth movements to audio, there were multiple occasions where it was entirely out of sync. Often on smaller windows that appear onscreen with talking NPC’s. Throughout the game, at least five of these were very out of sync, and unfortunately this really breaks your engagement when playing.

Overall, South Park: The Fractured But Whole is an excellent game with music that both satires and emulates super hero film music in the best of ways. It feels exactly like a prolonged interactive episode of the show and although the game audio may become repetitive towards the end of the story, it is well worth a play. The sound design is interestingly used, the dialogue is hilarious, and the game mechanics are more advanced than in South Park: The Stick of Truth. This all makes for a highly enjoyable playing experience that any fan of the show will enjoy.

South Park: The Fractured But Whole

South Park: The Fractured But Whole 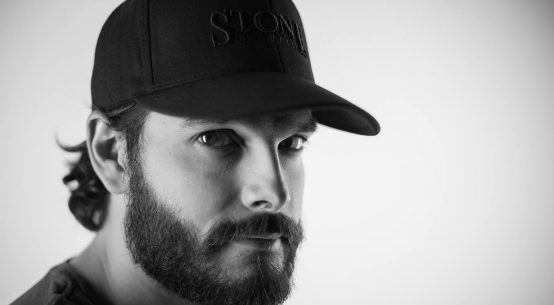 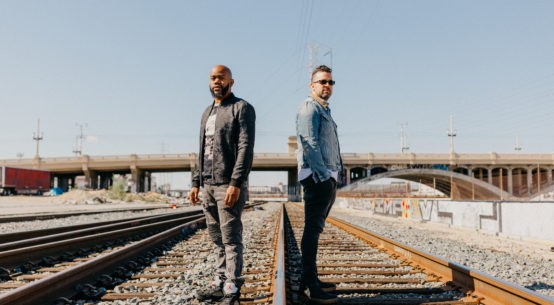