Skip to content
You are here
Home > Blog > Interview with Star Wars Battlefront I and II Composer, Gordy Haab 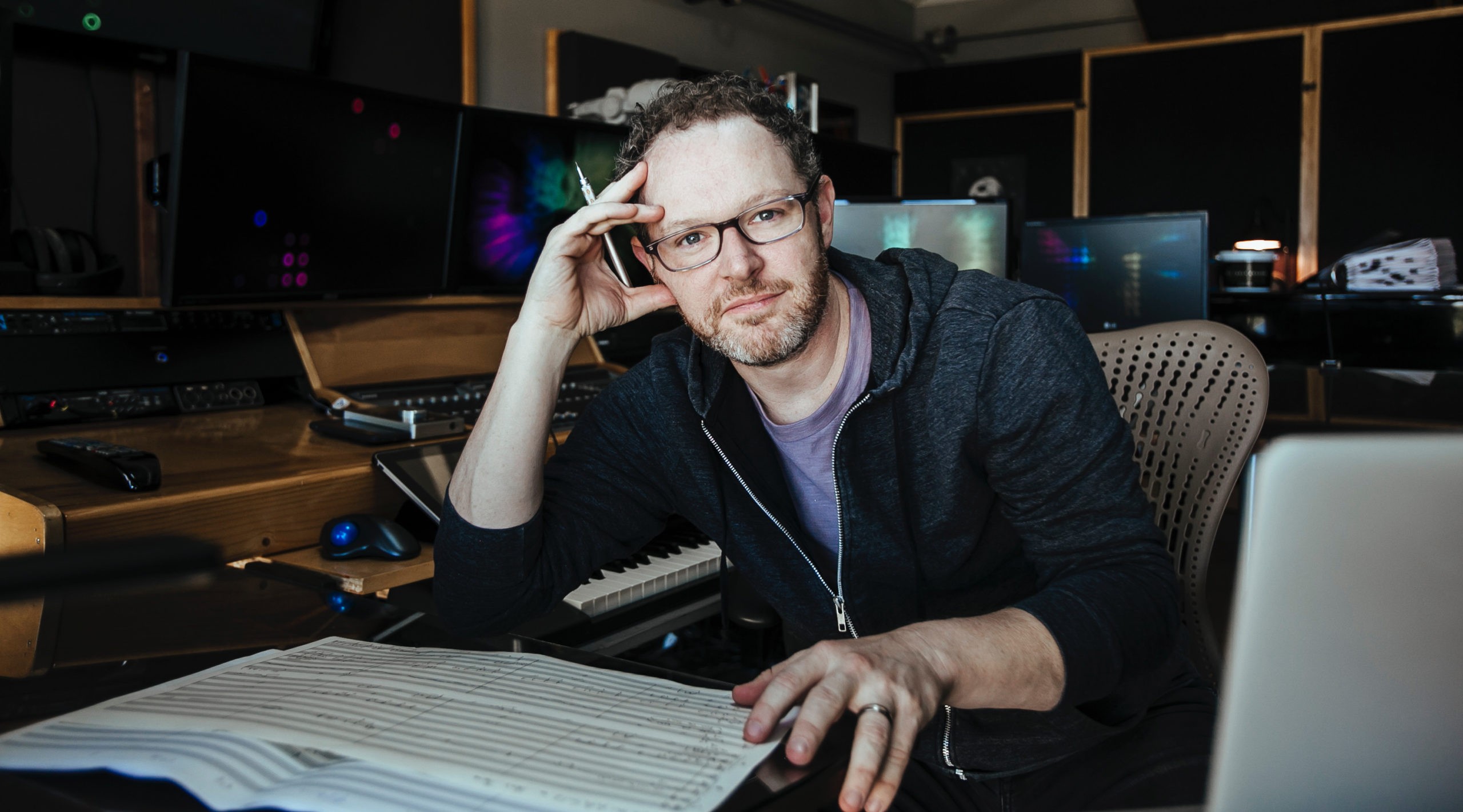 Big thank you to Sam Dudley for his guest contribution of this article. He asks composer Gordy Haab, about his career, writing for Star Wars Battlefront II and more! Gordy is a multi award-winning film, video game, and television composer who has written music for many well-known titles, including most recently: Microsoft’s Halo Wars 2, EA’s Star Wars: Battlefront II, and Star Wars Battlefront I, which won ‘Music of the Year’, ‘Best Interactive Score’, and ‘Best Instrumental Score’ at the 2016 GDC G.A.N.G. Awards, and was nominated for a BAFTA for ‘Excellence in Audio Achievement’. Haab also recently scored Activision/AMC’s The Walking Dead, based on the #1 hit TV series and Microsoft’s Kinect: Star Wars, which won ‘Best Music’ at the Hollywood Music In Media Awards. Haab continues to compose the music for EA and Bioware’s Star Wars: The Old Republic for which he was awarded ‘Best Original Soundtrack’ and ‘Best Instrumental Music’ at the 10th Annual GDC G.A.N.G. Awards.

Thanks for joining us Gordy, it’s a pleasure to have you! Before we get to your most recent video game projects, could you tell us about how your passion for composing began and how that lead to writing for games?

My passion for music began very early on in my life. Actually, I can almost pinpoint the exact moment my interest in music in film sparked. It was when I saw E.T. in the theatre at around six years old. My family found it interesting that I was unable to recall the names of characters in the film after first seeing it, but I was able to instantly recall all of the character’s musical themes; singing them or picking them out on my dad’s old guitar. I think this is a testament to the great score for that film. But it was also enough of a trigger for my parents and me to think seriously about choosing music as a hobby. And what a fortunate choice it was!

The single player campaign is certainly one of the largest differences. And this changed my musical approach dramatically. Because new characters were introduced into the Star Wars canon via this campaign, I had the opportunity to compose many new character themes, and numerous variations of each – often times intertwining with each other. My approach to scoring the campaign was much more like scoring a narrative film. It gave me the chance to stretch out a bit musically and really put my own stamp on the universe. Another major difference was the inclusion of multiple eras from the ‘Star Wars’ universe in the multiplayer side of the game. In addition to allowing me to really contribute my own voice, it also allowed me to draw inspiration from all of Williams’ great scores from the Star Wars films. 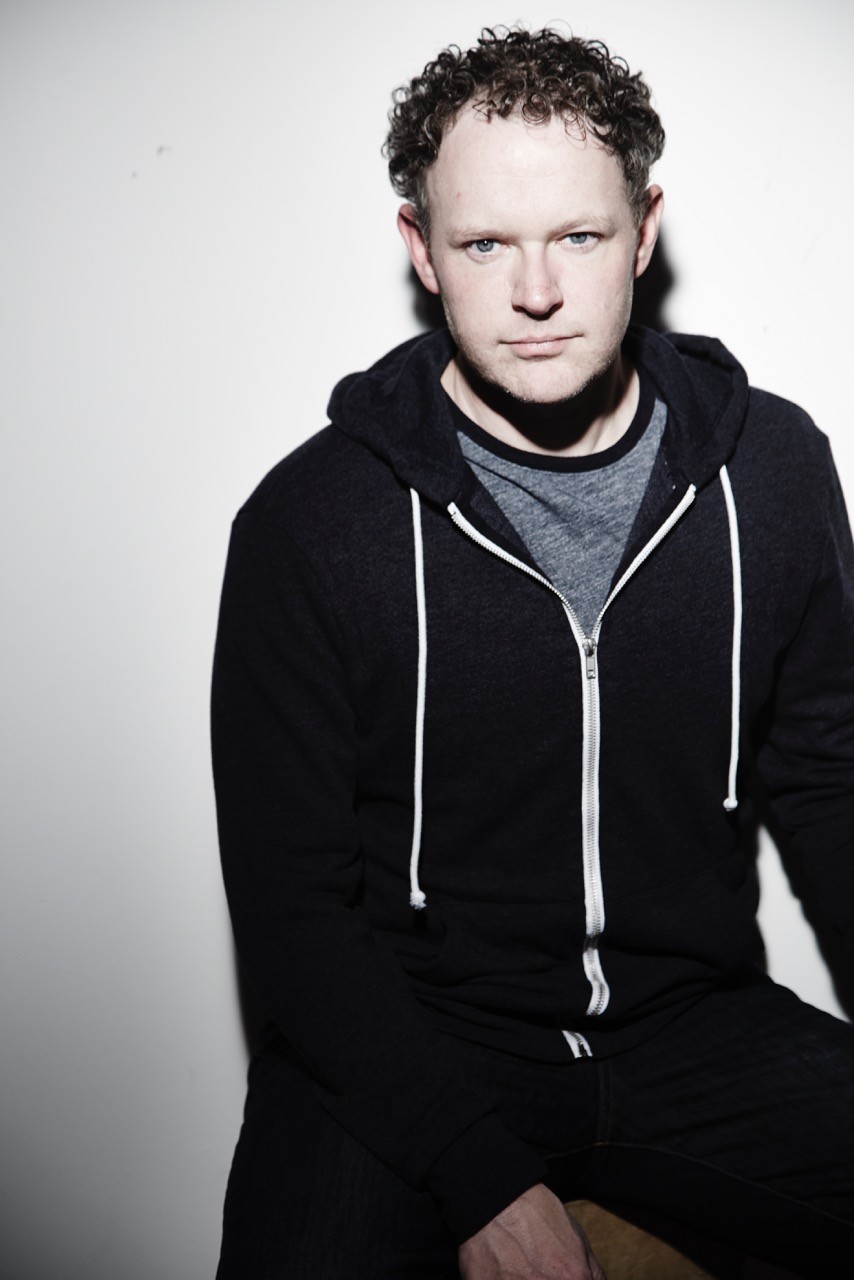 Both Battlefront II and Halo Wars 2 use adaptive music systems, can you talk a little bit about them, and about the similarities/differences between both systems?

The adaptive music system for Halo Wars 2 is very deep in its functionality. Music works both horizontally, (think of a piece of music playing from :00 seconds to two minutes continuously, and then seamlessly repeating) but also vertically. By vertically, I mean depending on the action in the game at a given moment, additional layers of music can be added and stacked (or subtracted) to add or remove “intensity”. Star Wars: Battlefront II works in much the same way, particularly in multiplayer mode. But with music in this style, two unique challenges are presented. The first being that this type of music is extremely complex. So, making it adaptive/interactive is a bit like reverse engineering a 10,000 piece puzzle of a Pollack painting. The second challenge is that in order for it to sound “symphonic” (like the music of Star Wars so famously does) you really need the entire orchestra playing at once. So the idea of having only strings play, and then adding the brass as a layer, buy alprazolam nz then the percussion layer and so on, in order to vertically add intensity, just doesn’t work. So rather than work this way, I chose to write multiple versions of the same piece of music, each one varying in its intensity, then record each of them with the entire orchestra. Say, for example, I wrote four versions of the same piece. All four are “playing” at the same time, but 3 of them are muted. If you’re in a multiplayer match and suddenly the battle becomes more intense, the adaptive system would slowly mute the current version playing, and fade into the more intense version, and so on. So it is interactive – but what you’re hearing is always a complete, single recording of the entire orchestra playing together.

I feel gamers in general become very invested in the games they love, and in my opinion tend to have good taste. So offering the vinyl – the purest form of a recording – only makes sense. It’s a trend I’m really happy to see, as a self-proclaimed audiophile who collects vinyl.

Your work in video games has so far been focused on big name franchises, what kind of challenges do you face when trying to make your mark in a well-established world like Halo or Star Wars?

Studio pressure, and fan pressure. Simple as that. The bigger it is, the more oversight it will inevitably have from the studios. For ‘Battlefront’, every note I write is reviewed by the developers; EA, Lucasfilm, Disney… and… John Williams. But additionally, I know I have to not disappoint the literally billions of Star Wars and Halo fans, who will hold my music alongside the great scores previously written for these franchises. All this said, I hold my own personal goal in just as high of regard. And that is, creating something that is uniquely my voice. My stamp on the sound of these franchises. Sure, it has to sound like it comes from the ‘Star Wars’ or ‘Halo’ world – but it’s still possible to be original within those parameters. And that is always my number one goal.

Is there a franchise – video game or otherwise – you haven’t yet worked on but would love to?

I feel it’s safe to say you know your way around an orchestra, you even co-founded the Novo Philharmonic Orchestra, but you also grew up playing in countless rock bands. Did you learn anything in those formative years that you apply now to your life as an orchestral composer?

Absolutely! Much in the same way John Williams’ jazz background contributed to the sound of his symphonic music, my years playing in rock bands and loving that music contributed to my musical aesthetic. One example: I’ve always been a huge fan of the band Rush, and because of this, compound and mixed-meters feel very natural to me. And you’ll find some very tricky meters and rhythms in my music. I’ll never forget some of the dirty looks I got from the orchestra when I had a section of music where part of the orchestra was in 11/16 and part was in 4/4!

What is your favourite instrumental force to write for? Why?

Probably the French horn section. I love the versatility of the horn. Also the trombone. Most likely because I play the trombone. But there is a toughness to a good orchestral trombone section that just can’t be matched. Think: melody from the ‘Imperial March’.

You’ve previously stated that you start projects by sketching ideas out with pencil and paper before getting things onto a computer. How important is this part of the process to you? Especially in the context of an increasingly tech-driven field like video game composition?

For me, it’s essential. It forces me to develop musical ideas in my “mind’s ear”, without the luxury of trial and error. I feel the end result from music I compose this way always sounds more thoughtful and crafted. I say this not to discredit the use of technology, because it also plays a major role in my process. But a piano, a blank page, and a pencil – and no screens glowing in my face – has a way of quieting my soul and allowing me to just, write.

What’s something about your career/work that people may not know about?

I absolutely love horror films. Have since I was a kid. It was my initial goal to become known as the composer who scores all of the cult horror films, and the first part of my career was dedicated to scoring these types of films. My favorite of which is still ‘Behind the Mask: The Rise of Leslie Vernon’.

Here’s a fun question to finish off with. If you could hang out with anyone in the world, alive or dead, who would it be?

Probably Igor Stravinsky. Simply because of how groundbreaking his thinking was, musically. Or Rafael Nadal. I’m an avid tennis player as well and a huge fan. He has the ability to never crack under extreme pressure, which I think would be a helpful asset when working on these existing, large titles. I know, I know – you wanted me to say John Williams.

On the Shoulders Giants Release and Show Reel!!