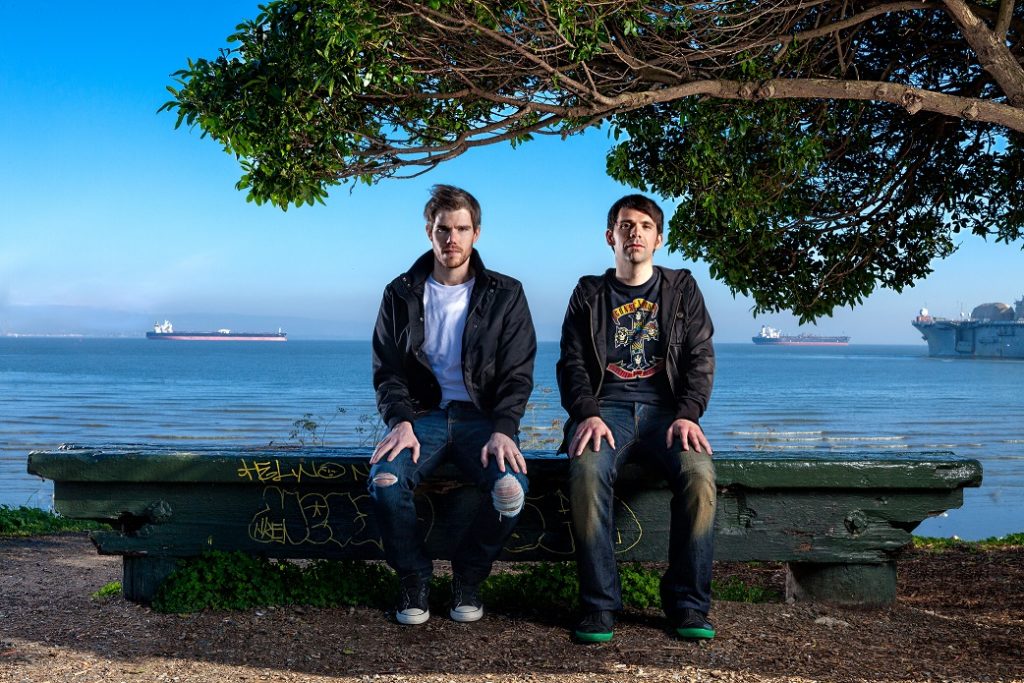 Brian Trifon began his music career working at Fox’s world famous Newman Scoring Stage before moving on to work full time as guitarist and programmer for Grammy nominated electronic artist BT. Brian toured nationally with BT and contributed additional music, programming and guitars to several films, TV shows, and to BT’s album This Binary Universe. In 2008 Brian formed the electronic music group Trifonic. Trifonic’s music has been featured on mix albums alongside tracks by Massive Attack, Trentemøller, Hybrid and Sasha, and has been licensed for advertisements and television shows such as CSI: Crime Scene Investigation, and BBC’s Top Gear.

Brian Lee White’s music and productions have been featured in national ad campaigns, internationally acclaimed live acts, Hollywood trailers, and network television, including CBS’ CSI and ABC’s Scrubs. When he is not producing music with Finishing Move, Brian records and performs under his artist alias Gasmilk, whose debut EP Beautiful Things was released in 2014.

Thanks for speaking to The Sound Architect™, it’s a pleasure to speak to you!

Before we talk about your recent work, tell us a bit more about your background in game audio and how it all began?

Trifon: Thanks for having us! My artist project Trifonic was how I first got on the map and involved with game audio. One of the audio directors at Hudson Soft was a fan of Trifonic and he hired me to write a few pieces for the Wii game Calling back in 2009. Around the same time, I started doing guitar session work, additional music, and synth programming for a few well known game composers.  Behind the scenes, I ended up working on a lot of cool games such as Assassin’s Creed II, Borderlands 1 and 2, Ghost Recon Future Soldier and many others. It was a great learning opportunity and gave me a lot of insight into how music fits into games. The next big step was in 2011 when Paul Lipson (Senior Audio Director of 343i/Microsoft Studios) hired me to join the music team for Halo: Combat Evolved Anniversary. That was a fantastic opportunity which later led to Finishing Move’s involvement in Halo 2 Anniversary. In 2013 I decided it was time to take on bigger scale projects and more responsibility, so I teamed up with the multi-talented composer/audio-wizard Brian White and we started Finishing Move Inc.! 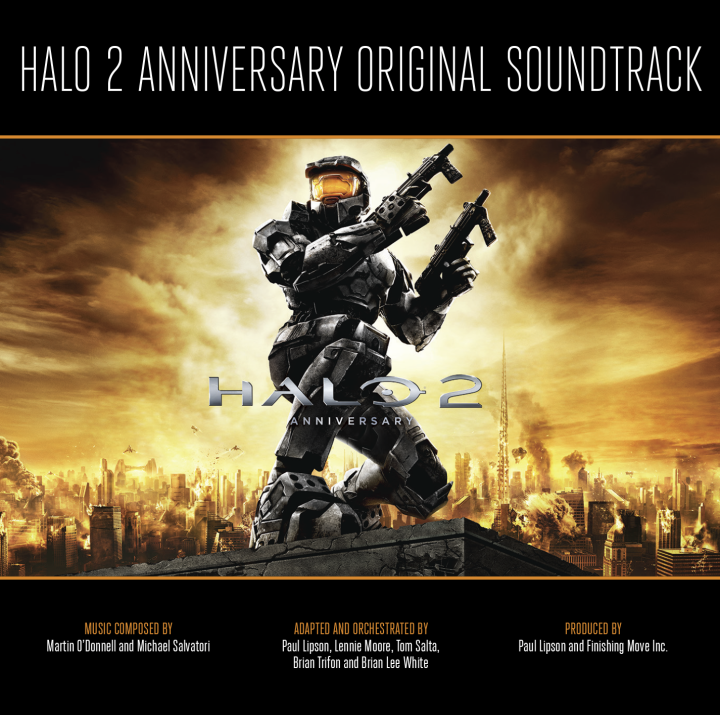 So let’s discuss the process involved with adapting and re-imagining the Halo 2 Score. That must have been quite a task?

White: With Halo 2 Anniversary, the goal was to update the soundtrack sonically to match a modern console experience, but also retain the spirit of the original iconic score by Marty O’Donnell and Michael Salvatori. Because simply “re-mastering” the original source material can only get you so far, we undertook the complex process of deconstructing, re-orchestrating and re-recording each and every note of the score. It WAS quite a task! But we had a great team and a lot of fun working on the project.

Trifon: Organizationally it was a complex project. We had to do a lot of research and study of the original Halo 2 assets to map out what exactly needed to be recreated, re-recorded and how to get it all done. Fortunately we figured out an efficient division of labor and everything moved along quickly. All of the composers on the music team had a specialized role which made the process smooth. Paul Lipson and Lennie Moore focused on transcribing and re-orchestrating the orchestral cues, Tom Salta focused on recreating the percussion and synth sounds, and White and I focused on recreating the ambient textural cues and rock cues. Along with Paul Lipson, White and I oversaw the recording, production, mixing and mastering of the soundtrack.

What were the biggest challenges you faced during this process?

White: Telling Steve Vai he couldn’t use his phaser pedal.

Trifon: That’s not even a joke! It’s not easy to tell the best guitarist in the world to unplug his phaser pedal and not use it on a doubled rhythm part! He wasn’t happy with me about that request at first, but we hugged it out later! In all seriousness, it was a huge honor to work with Steve Vai and he did an incredible job. Pretty much everything he plays is impossibly good! He also works really hard in the studio and pours his heart into the guitar parts. White and I and Paul are all big guitar nerds, so we were in guitar heaven working with Vai.

Are there any particular moments you’re most proud of?

White: Delivering the project on time and on budget at a quality level that speaks for itself, that’s a producer’s number one goal, so coming out the other end with your head intact is the definitive “proud moment” for both of us.

What would you do differently if you knew then what you know now?

Trifon: There isn’t that much that I wish we did differently. There were a few scheduling hiccups that were out of our control, but that is the case with any project.

White: I mean, aside from existing in some alternate universe where you have unlimited time and unlimited money to work with, I think the whole thing was executed quite well. Lot’s of planning was a part of that process, so if there was any “lesson learned” it’s the confirmation that meticulous, and sometimes seemingly obsessive, planning does pay off in the end. 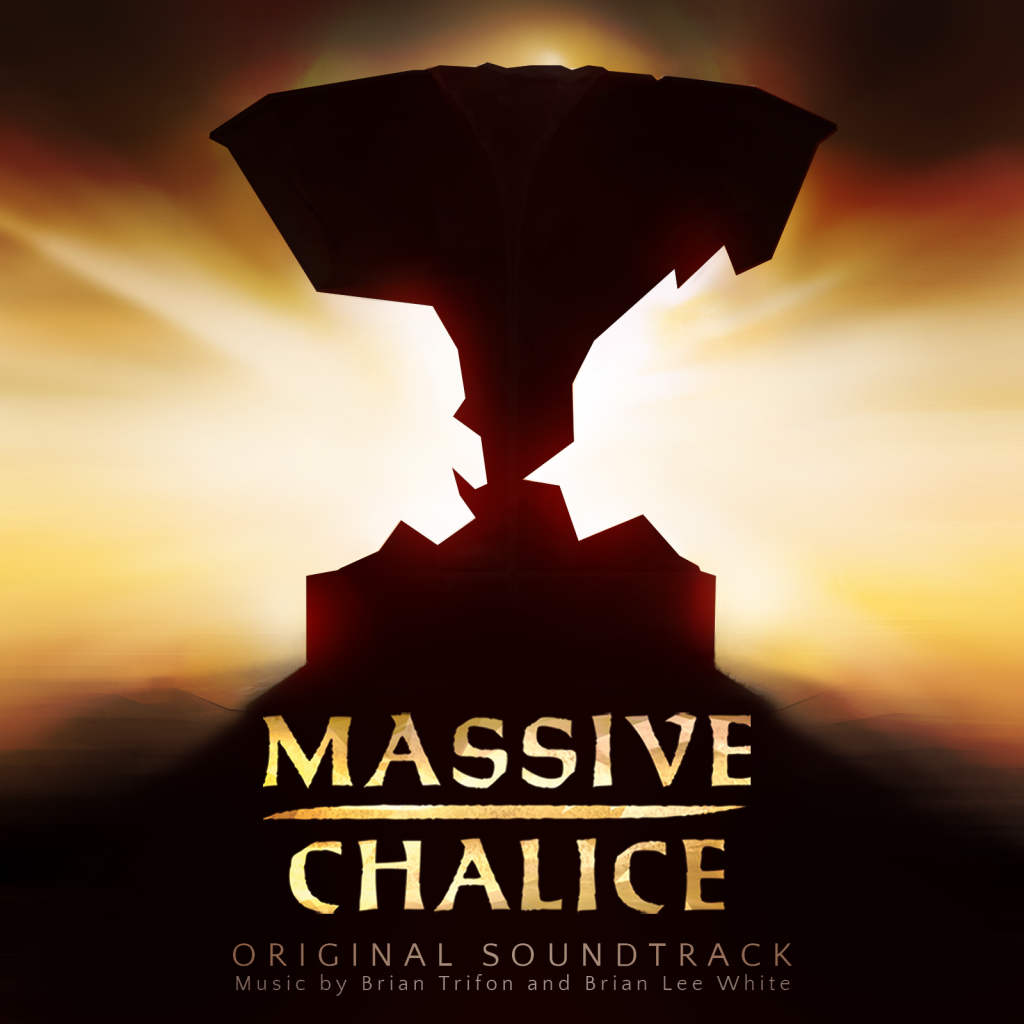 How different was your thought process when working on Massive Chalice?

White: Completely different process on so many levels. Halo 2 Anniversary is a note-for-note re-adaptation of Marty O’Donnell and Michael Salvatori’s original score with a triple-A production budget. Massive Chalice is an indie game with completely new material written, performed and recorded almost entirely by the two of us.

Where did you draw your inspiration from?

White: For Massive Chalice, the game was far enough along when we joined the project to have a fair amount of gameplay footage in addition to all the concept art to look at. Neither of us are the type of composers who sit down at a piano and play along to picture, or pencil out notation on a staff in real time, that’s just not how we conceptualize things. We generally like to start by looping the gameplay footage on one screen and jumping into iTunes or Spotify on another screen and just start playing around with different reference materials we’ll pick out, to see what moods, tempos and textures create certain types of emotional reactions to the gameplay or cutscene. You’d be surprised at what types of things actually work well in context, things that you would have never thought of had you not actually heard it in action, so it’s important to make those discoveries before you start writing a whole bunch of content.

Trifon: We’ve both found that it’s really important to take time before we start writing to test different musical ideas (whether it’s our own music or other people’s music) and see what types of pieces fit the vibe of the game. Once we have an idea of what tempos and moods work we can start to build a custom musical palette for the game.

Are there any top tips you’d give to aspiring composers out there?

White: Work on those soft skills and be a good team player. Most composers will get their start working as part of a team or for another composer, so working well with others, being an easy person to hang out with, not acting like a psycho, etc. Those things are just as important (or even more important) than what you might bring to the table musically or technically. Even when you do start to pull your own gigs, you are still working as part of a larger creative team, so all the same people skills continue to apply.

Trifon: Build a library of your own custom sounds. Everyone has all of the same tools and sample libraries. If you can build your own custom instruments and sounds that nobody else has, it’s easier to stand out from the crowd.

What lies in store for the rest of 2015 for Finishing Move?

It’s been fantastic to speak to you, we look forward to hearing more of your work!

We hope you enjoyed the interview, check out more at our interviews page!