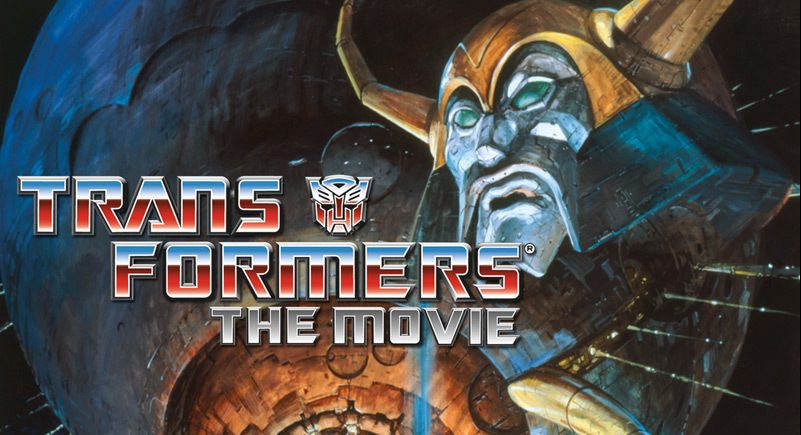 Apart from the heavy metal/rock soundtrack that accompanied the epic battle between Autobots, Decepticons and Unicron (including the epic cover of the Transformers’ theme by rock band, Lion), the film also featured a very iconic synth/rock soundtrack written by Vince. I don’t know about you but I love the soundtrack and even listen to it now, rediscovering more and more intricacies.

Aside from his amazing synth skills, he is also known for composing the soundtrack to Rocky IV. I spoke to Vince about his career and some advice.

Hi Vince, thanks for joining us it’s a pleasure to have you! What would you say has been your proudest project so far?

Of the material that’s been previously released, I would have to say I’m proudest of my solo piano album, which was released in 1986 by Artful Balance Records. The record label was shut down not long after that, and this album/CD has been out of print for a long time. The collection was sold in digital download format for a while at tdrsmusic.com, and we hope to make it available in that format again sometime next year.

There’s a new work of mine that has yet to be released, and this is by far my proudest musical achievement to date. It’s currently a long form (about 55 minutes in length) progressive rock opus with a melody but no lyrics. My goal is to have a multi-media presentation assembled and produced around the music, but as that is obviously a major undertaking it will be a while until I’m able to share the music with my fans. I’m purposefully waiting on addressing the lyrics until the presentation starts to take shape, as that will play a major role in the development of a story line.

Awesome, and what has been your most challenging project?

My score to Transformers: The Movie was the most challenging for me due to the time constraints involved and not having the opportunity to compose to actual picture (only storyboards existed at the time). 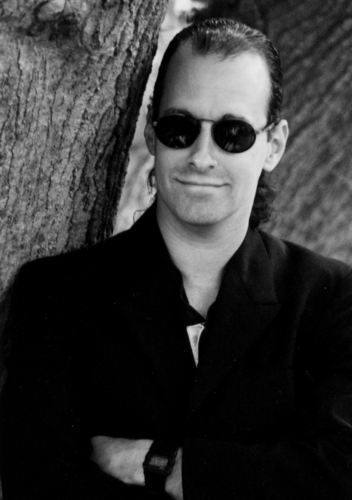 Obviously Transformers:The Movie is one of your most famous projects, what was it like working on that?

As I mentioned it was extremely challenging, but I had a lot of fun recording the music with the amazing team of musicians and technicians I had the opportunity to assemble. Having a studio filled with just about every make and model of synthesizer that was popular at the time gave me the sense of being a kid again in the biggest candy store in the world! I really wish some video footage had been shot while my friends and I were working on that project!

Were you a fan before the project?

Honestly I was not even aware of the Transformers franchise prior to being asked to compose the score, and I purposefully avoided watching any of the TV episodes because I didn’t want to be influenced in any way by that music.

So what instruments/software did you use?

There was no software involved, and we recorded to digital tape using a great Neve console and our amazing engineer and good friend Tony Papa (Tony also engineered my ROCKY IV score).

Is there any advice you would you give for aspiring composers?

These days there are more composers than ever before. Consequently, not only is the field extremely competitive, but today’s technology makes it tempting to lean towards emulating the compositional style and overall sound of other composers who are currently popular in the field. Music technology has grown in leaps and bounds, but it’s still the quality of the composition itself that is most important. There’s no magic bullet for obtaining success in the fields of film, TV, video game composition, so I’m afraid I don’t have much valuable advice from a business standpoint. It’s actually quite similar to gambling! That said, I do have some advice on the creative side for composers interested in getting into this part of the music industry:

* Try to align yourself with some film school students who may be producing and/or directing their own films that need scoring, regardless of whether or not there’s even any budget for the music. There may even be some videos on YouTube or similar public video sites that have a good storyline and some decent acting but no music. These are great for practicing the craft of scoring to picture, and you may want to get in touch with the person or persons who posted the video and offer your scoring services if he/she/they desire music for their film. The key here is to find something of a certain quality that you can use on our own demo reel. The production doesn’t have to be top-notch, but try to find something with an engaging story and fairly decent acting.

* Try and resist the urge to emulate other composers and aim for developing your own unique style of writing and sound-sculpting. Take chances when you’re practicing your craft. There a more than enough composers out there now who incorporate long French horn lines, similar chord patterns, sounds, etc. into their music. Of course a composer’s main role is to serve the picture, but that doesn’t necessarily mean having to sacrifice originality in your work. In fact, strive for originality as much as possible!

Are there any major DOs or DON’Ts you’d recommend when looking for work?

That’s a good question and not an easy one to answer. For instance, the general thinking is that you must have a fairly well-known agent or entertainment attorney representing you in order to get some decent work opportunities. Well, of course that’s great advice and would be ideal, but what happens when you meet with agents who are at the top of the food chain (and maybe even some who are considered ‘2nd string’), give them examples of your work, follow up with phone calls, emails, etc., yet none of them are interested enough to return your call and/or agree to sign you to their roster? Or even if they do sign you, you’re the low person on the ‘totem pole’ compared to those composers on their roster who are getting the most work, and as a result you’re lucky if you get one opportunity a year (or less). Agents these days are much more motivated if a new composer comes in with a project he or she has already secured on their own and completed a project that has already received a certain degree of critical success – something they can use to help market you. This is something that’s much easier said than done. You have to be 150% committed these days to marketing yourself, and for many creative people (myself included!) this is very difficult and uncomfortable.

As for things NOT to do, as far as I can tell CD’s and DVD’s are no longer considered valuable tools. Invest your time and efforts developing a strong online presence. Agents and other people of influence want the ability to log onto a website and quickly navigate to examples of your work. Be sure to post varied examples of your work (preferably scored to picture but audio files alone are acceptable as well), and keep the presentation reasonably short yet as powerful and effective as possible for your purposes.

The ‘rules’ seem to be changing each year, so there is a greater need now more than ever to think outside the box when it comes to marketing and obtaining opportunities. Sorry I can’t offer any more specific advice!

What lies in the future for you?

Hopefully some more success! I’m always creating music, whether it be for film, TV, video games, original bands, session opportunities, etc. My philosophy has always been to stay as true to myself as possible from a creative standpoint, and to try to keep as many ‘irons in the fire’ as possible. News and updates regarding past and present projects with which I’ve been and am currently involved are available on my Facebook artist site.