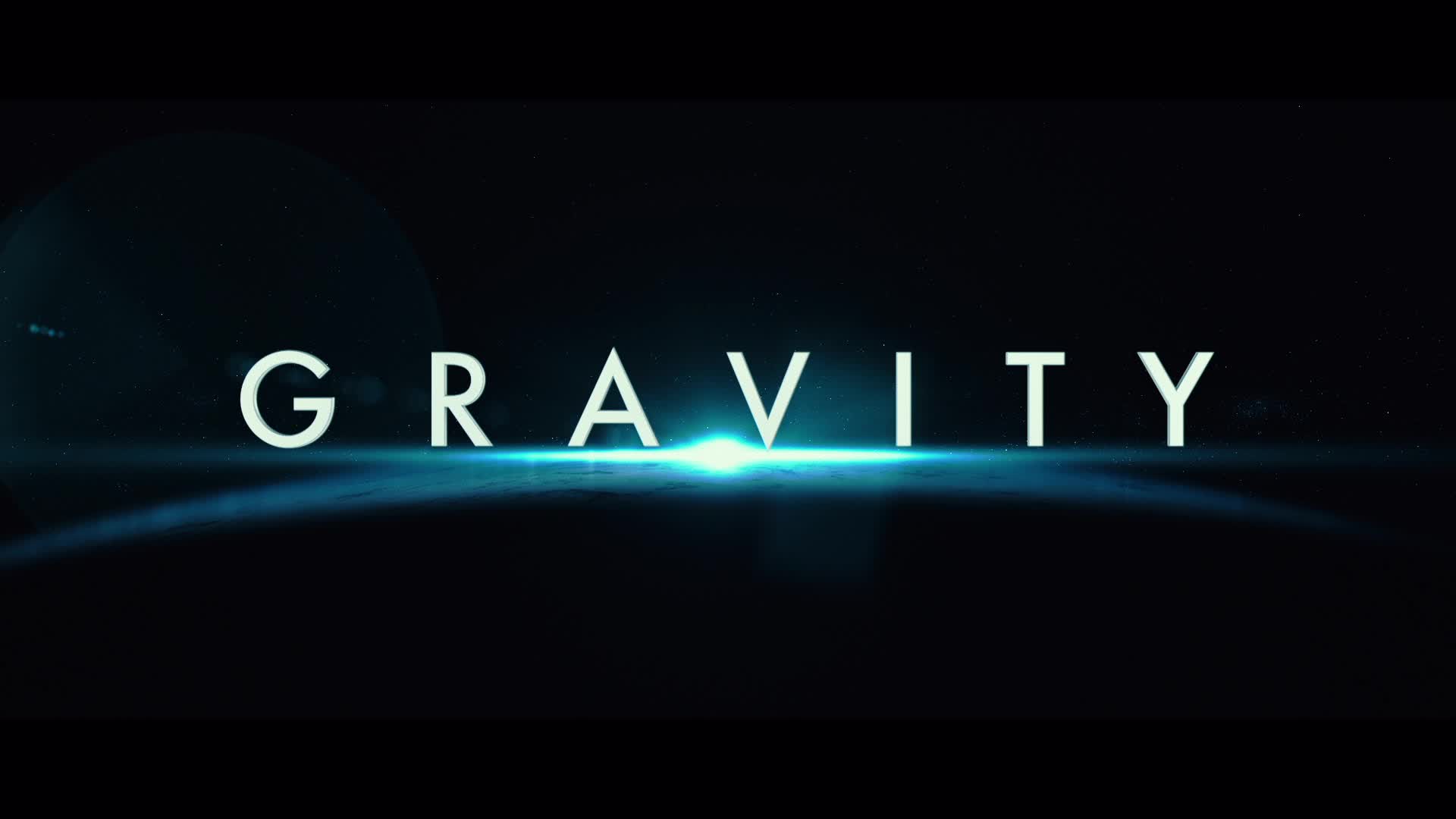 Since its 2013 release, Gravity has been given acclaim for its audio, including Oscar nominations for Best Original Score, Best Sound Mixing and Best Sound Editing. In this article, I want to take a deeper look at some of the more nuanced uses of timbre and orchestration in the film.

As a modern sci-fi thriller, this film features a lot of the usual timbres and sound colours that you would expect from the music: unsettling low brass, throbbing synth basses/heartbeats, inverted string pedal notes and soaring string melodies. There are great examples of blending music and sound design in the score which is a common technique; but Gravity brings something new to the table when all of its elements are assembled together, and it does so in some really enjoyable ways. I was also happy to hear only one sub-drop in the film, a sound which has become massively overused in recent sci-fi/action films.

The technical sound design is clever, as it focuses on selecting sounds that would only be transferred via contact. The actors feel incredibly close as we are aware of their heartbeat and breathing, while leaving lots of room in the mix for creative sound design and music to build the tension. At 13min 45secs, look for the transition to inside the space helmet for a great change of perspective.

The arc of the score is very impressive. It is constantly ebbing and flowing, but ultimately builds towards the end where we have the only full-score segment, with Ryan Stone (Sandra Bullock) successfully returning to Earth.

Director Alfonso Cuarón has been brave in choosing to have numerous lengthy sections without any music at all, with the score not entering until 8 minutes in with synth pads and a female vocal. While the obvious choice of strings and vocals in the melodies is present, melodic themes are not overused. In fact, I only counted 4 times where there is actually a repeated melodic phrase, and it is saved specially for the emotional peaks, for example in Matt Kowalski’s (George Clooney) death scene and in the final scenes on return to Earth. 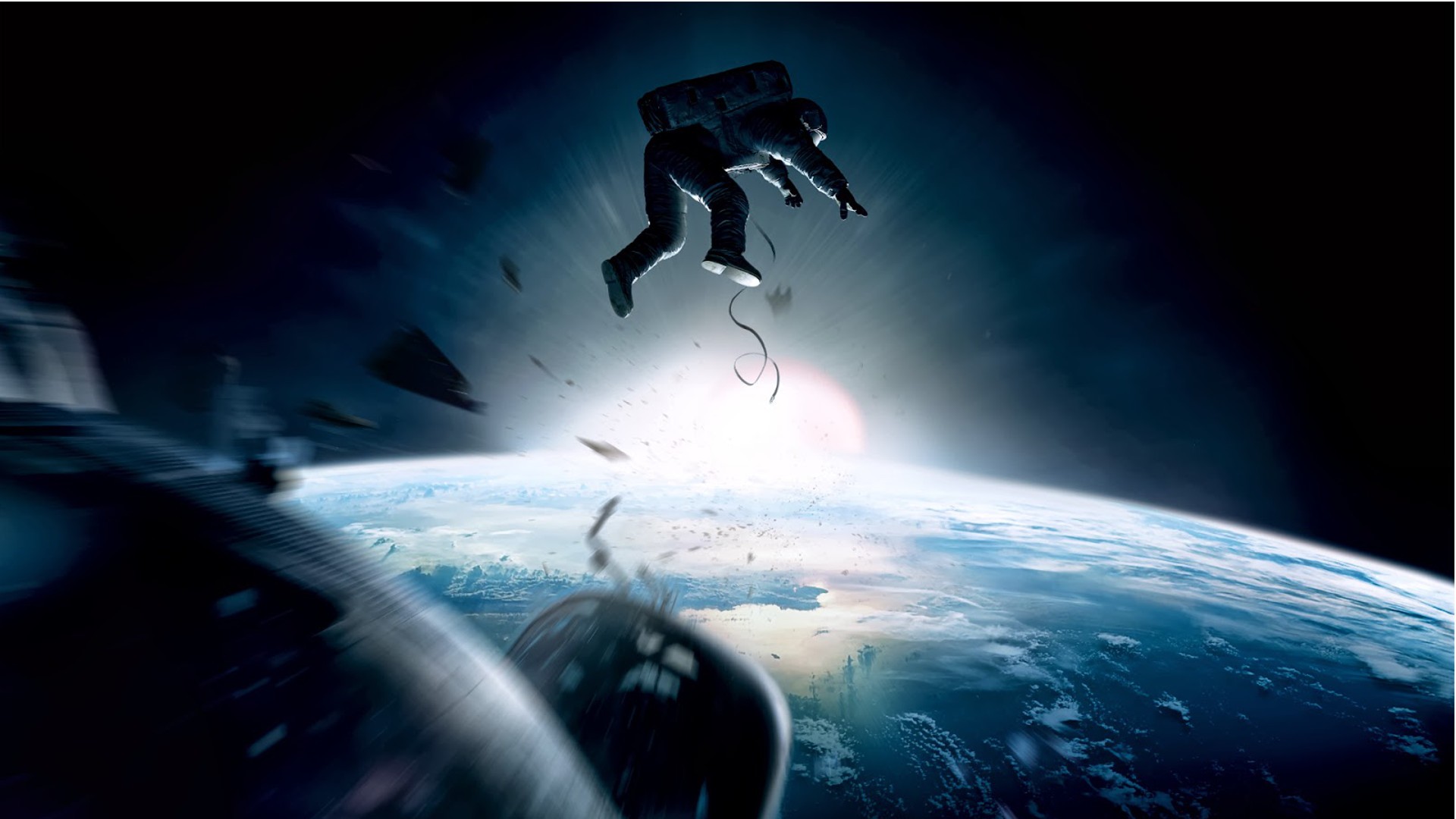 The first music that we hear is Matt’s radio playing Hank Williams’ “Angels Are Hard To Find” while he tells the crew one of his infamous tall tales. This use of diegetic music is a great touch; the country music acts as Matt’s leitmotif, returning twice more and is the last thing we hear over the radio as he slowly drifts away in to space after letting go of Ryan in order to save her life. Another example where the diegetic is played with is the transition at 53minutes 15secs, the tragic moment when Ryan realises the escape pod is out of fuel and starts to lose hope. The use of reverb-laden piano doubling with radio static makes the score sit on the boundary of diegetic and non-diegetic sound, to great effect.

While the instruments and sounds that are used in the score are varied, the way that they are used is quite strictly adhered to. Simply, there are 5 different sound colours that the audio team has used, which are usually kept distinct from one another, and each convey a different emotion:

It is sometimes difficult to separate the sound design from the music, and each of these five sound colours mixes with the sound design to different extents. For example, when the low brass and low strings are used, the score and sound design mix together to the point where they are indistinguishable. In particular, the bass trombone has been treated with distortion, making its timbre somewhere between a traditional instrument and a synth. This technique is furthered ingeniously by the sound team when parts of the orchestral score are put through effects chains to make them sound synthetic even though they were recorded on traditional instruments. Listen at the 1 hour mark for Matt’s return, and what I’m sure is the same Hank William’s song run through a huge reverb making it nebulous and almost unrecognisable.

This blending of the timbre glues the orchestral and the synthetic instruments together and, in some cases, again helps bring non-diegetic elements in to the on-screen world.

The association with silence is an obvious one and, from the start, the importance of it is emphasised in the film. The pre-title caption reads:

At 372 miles above Earth, there is nothing to carry sound.

Life in space is impossible

The film begins with an almost uncomfortably loud crescendo in the titles, before cutting to a view of the Earth, and sudden silence in the audio. A quiet bell-like drone fades in under incredibly quiet radio dialogue that gradually draws the audience in.

Throughout the film, silence is used as a multi-faceted emotional device. It is used excellently to punctuate and accentuate transitions, usually as a relief from the high-octane moments where Ryan repeatedly nearly loses her life due to speeding satellite debris. Conversely, in moments of helplessness, the silence of space takes on a sinister apathy, as Ryan slowly drifts away in to darkness.

Most importantly, silence on its own is not what makes it effective. It is the huge dynamic range, matched with the sudden changes that makes the audience so aware of it, buy cialis 20mg canada which creates the emotional impact. This technique is used repeatedly throughout the film to great effect for both typical horror style reactions (e.g. at approx. 22:10, where Ryan and Matt search the Explorer for survivors) and for sudden changes of perspective (look for the pod detaching from ISS at approx. 46:05).

As we’ve seen there are some great hidden gems in this film for audiophiles out there, and personally I think the audio is the best part. The stellar music, gripping sound design and smart use of top mark audio techniques mean that Gravity remains my favourite recent sci-fi even four years after its release.