Artist Rozen explores mythology of Hyrule with epic re-imaginings from Breath of the Wild, Ocarina of Time, Skyward Sword, and Twilight Princess.

Earlier this month, Sins of Hyrule, a Zelda tribute album was announced. The album explores the eternal conflict between the Goddess Hylia and the Evil of evils, Demise, through 15 riveting arrangements. Sins of Hyrule delivers a sonic experience that embraces epic music with electronic flavours. Featuring music from The Legend of Zelda: Breath of the Wild, Ocarina of Time, Skyward Sword, and Twilight Princess alongside original works by composer/arranger Rozen.

The full track list for Sins of Hyrule is as follows:

Ballad of the Goddess

A King is Born

Battle for the Sacred Realm

Breath of the Wild

“More than a straightforward orchestral remix album, this album goes deeper into retelling the mythos of Hyrule, scoring the key moments where humanity is the audience to the colossal battles between light and shadow,” notes Rozen. “Through the use of live instruments, huge percussion, choir, hybrid elements, and dreamy vocals, experience the dark nature and the never-ending cycle of the curse trapped inside the divine-given Triforce.

Are you a fan of Zelda mythology? Let us know what you think of this tribute in the comments below!

The limited physical edition CD includes a six-panel digipak and artwork by Alderion-al and Diego Jimenez; only 300 copies have been produced. The team have also announced that they’re bringing Sins of Hyrule to vinyl, limited to only 200 2xLP. Pre-orders for the vinyl are available on the album’s Bandcamp page, and it will ship in March 2018.

Rozen is a G.A.N.G. Award-winning arranger and composer who creates music for media. His arrangements, often orchestral and choral in scope, are praised for their immersion and emotional weight.  Rozen’s orchestrations have been commissioned by the L’Orchestre de Jeux Video in Canada, the Angel City Chorale in Los Angeles, the Game Music Ensemble at UCLA, and the Folklore Guild in San Diego, CA.

Sins of Hyrule on Bandcamp

Sins of Hyrule on iTunes

Sins of Hyrule on Spotify

Learn more about Sins of Hyrule 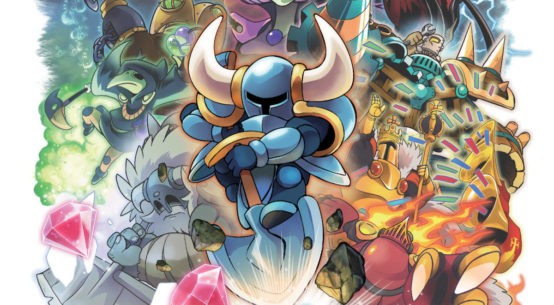