From the first moment of seeing the trailer to A Quiet Place, I suspected this film was going to be special. Its party trick is to focus upon a world which requires the characters to operate in near silence or face attracting the ire of some aurally fixated creatures which use overly developed ears (if you can call them ears) to track down their prey.

This audio mechanic allows the sound designers (Brandon Jones and co. – Godzilla, Pacific Rim etc.) to develop an unusually tense, anxiety driven soundscape in which every object, obstacle or even step is a potential trap, alerting the creature to the positioning of our usually near-silent protagonists.

The movie is a foley artists dream (or nightmare) as much of the narrative concentrates on noise limitation and the preparation involved in attempting to control sound for different situations. Heavy dampening and extreme distraction techniques play out as the family are forced to adapt to the burgeoning terror that unfolds. 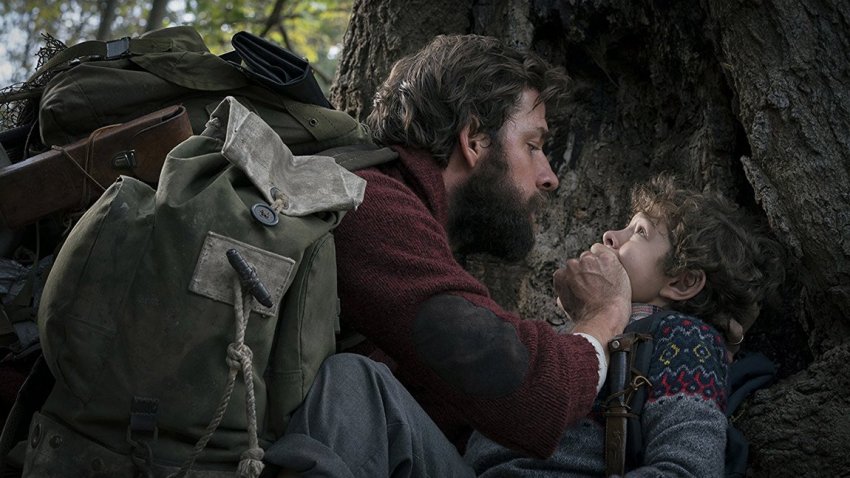 Each character has a different connection to sound and the viewer experiences these relationships almost individually through the character perspectives that develop throughout the movie. Evelyn (Emily Blunt), connects to her unborn baby whilst monitoring the heartbeat through a stethoscope – signs of life, heard through sound. A brief union with her husband Lee, in which the pair enjoy music through shared headphones, allows the couple to emotionally and physically connect. Experiencing music is a thing to be craved, a perhaps now forbidden pleasure locked firmly in the past.

Through their daughter Regan (Simmonds), who is hard of hearing and at an even greater disadvantage in this savage world, we experience her low-passed, sound sparse journey. Vibrations and sign language become the signifiers she connects with, but It is also through her we find the basis of much narrative tension. Her disability strips her of this scenario’s most important sense – the ability to gauge the level of noise she is making. We as viewers become acutely aware of this and share her terror throughout the movie via her unique sonic palette.

The creature vocalisation design is stylish and feels truly alien. The source basis for the sounds were refreshingly abstract, often using non conventional creaks/clicks to mimic (what I interpreted as) a kind of sonar that the monsters use to scan their environment. Huge credit has to be given to the sound designers and foley artists for the brilliant work put into the film.

In my experience of films in this genre, it’s rare that near-silence carries such menace. The use of jump scares are present but because of the brilliant use of minimal and hushed sound design, carry a lesser importance – not solely relying on them in order to jolt scares out of the audience. When the loud sections come, they are welcome (and wholly required) but feel rewarding and somehow strangely relieving in this context. Perhaps even feeling familiar in this unusual take on the established norms.

Whilst the sound design tries to steal the show, a brilliantly conceived soundtrack by Marco Beltrami expertly weaves through the film punctuating the quiet masterfully. Dread is instilled early on through a combination of strings and piano and some well placed percussive instrumentation. Whilst reliving the score through Spotify, I was surprised to buy generic accutane 40 mg note how much music there was (I was so absorbed, I had remembered very little upon my viewing), so kudos has to be given for the immersive structural implementation in its entirety. Beltrami surpasses the famously low budget restrictions of A Quiet Place to create an encompassing score which pipes up when absolutely necessary.

Beltrami’s introductory monster theme (‘It hears you‘) is a masterclass in audio crafting which delights with an almost industrial pulse. Extreme detuning of bass/cello strings literally flap along defining the terrifying brooding menace that stalks the family. 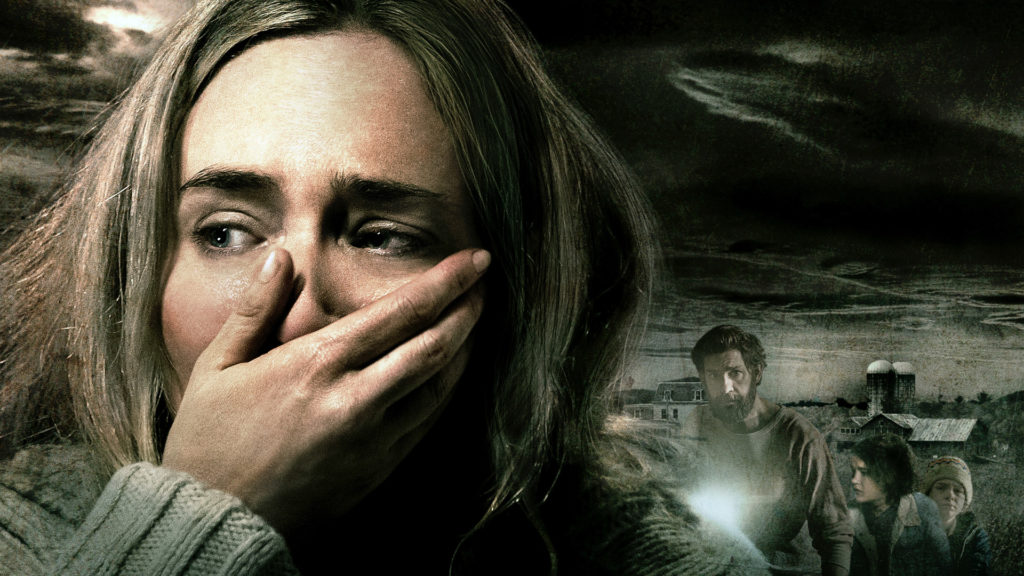 I felt a deep physical connection to the the film, urging me to hold my breath alongside the characters so as not to alert my presence to the creatures in the situations the characters are trying to survive. As a viewer you become hyper-aware of the audio. In exhilarating, achingly long tension scenes, I was squealing on the inside, not being able to externalise the stress just as the characters on screen cannot externalise theirs.

There is an ecstasy of physical relief in the rare moments of environmental and ambient sounds that are eventually allowed to play out. A visible physical relief from the audience was clearly tangible. The film forces you to play along – enforcing, demanding, and insisting your silent attention. Popcorn quaffing in this movie is not a good idea.

To see it at its best, I would recommend anyone with even a slight interest in cinematic audio to see this film whilst it’s still in cinemas. Tiptoe as fast as you can.

We hope you enjoyed Ryan’s review, check out others in our Reviews section. Don’t forget to sign up to our Monthly Newsletter to make sure you don’t miss out on our reviews and interviews.