Back in August, Julian Surma visited Dundee for the Edinburgh Game Symposium. Apologies for the delay but here are his thoughts on the event!

After attending the Edinburgh Game Symposium last August, I knew that the trip up to Caird Hall Dundee, to their fourth annual symposium, entitled ‘PRESS PLAY’, was definitely worth the journey from Derby. Even more so in that once again it had the bonus of being part of the Dare ProtoPlay gaming festival and it was also alongside the combined DiGRA and FDG conference.  This combination of events helped to ensure the attendance of interested participants.

Entering Caird Hall we were welcomed to the sight of unusual looking game art installations which emphasised that this year’s event was going to be interactive in a practical sense, a contrast to last years more panel discussion format. After 30 minutes or so exploring, playing with and talking about the installations the official part commenced with the Room to Play exhibition.

‘Room to Play’ is a collaboration of sound designers, game developers and visual artists as well other creative disciplines brought together as part of the Tinderbox project, a youth arts charity based in Edinburgh. Led by Yann Seznec (a musician, sound designer game developer and artist), the Room to
Play team have developed a series of interactive and musical installations. Team members Jaime Cross, Rachel McBrinn and Martin Disley attended the symposium to take us through what they have been working on.

The first installations reviewed were the trampolines. Although they may look like normal trampolines, they have in fact been made into sound design tools. Jaime Cross, had the idea to use trampolines after wanting to combine the concepts of room and play with a high level of interactivity.

As can be seen from the photograph the team have divided the sections of the trampoline so that when a person bounces on a particular section, a unique sound is produced. Jaime admitted with a hint of embarrassment that he had been partly inspired by the Dance dance revolution game.

For the sound for each section, Jaime had decided to use recorded samples from woodland objects and created his very own ‘tree kit’. You can have a listen to it here:

Admittedly, the practicality of using the trampoline did not always work out well, as at times, when bouncing on the trampoline, all of the sensors would be triggered defeating the object of having different sections for the trampolines. Perhaps the next task for the Room to Play team to work on! Or perhaps it may be best to use bigger trampolines?

Another ‘Room to Play’ installation was devised by Martin Disley. Martin informed us that coming from an audio background, he had not until fairly recently worked on any visual projects but he had thoroughly enjoyed experimenting with the new parameters available to him. Using Max MSP, Martin has created particle generated textures which are controlled by a gametrak (a controller created in the late 1990s by Elliot Myers and later released for games on the PS2 such as ‘Black Wind’, a hand to hand fighting game and ‘Real World Golf’, which unsurprisingly, is a game intended to emulate real life golf). The gametrak allows the user to constantly create new textures which are projected onto a screen as can be seen in the above photo.

With this installation game not functioning in a traditional form (no boss level to defeat or any coins to collect), it still served as being an engaging and almost therapeutic experience. Watching the textures morph and change shape seemed oddly satisfying.  Having said that, Martin still wants to create an engaging environment to offset the danger that the lack of an ultimate goal could cause a player to lose interest. To this end Martin discussed with the audience different possible avenues on how to develop the installation to ensure it would be engaged to its fullest potential.

In any event as a result of Martin’s past and recent work he is now in contact with Xbox Kinect and has plans to create a full body improvised dance body system. We’re looking forward to seeing this in the future.

The Room to Play project which is a collaboration between musicians and game developers was initially inspired by a book  Jack had  read called ‘ Reality is broken: Why Games Make us Better and How they Can Change the World,’ by  the game designer Jane McGonigal. Jack was curious to see whether game developer’s skills could be applied in a real world context to help make the real world more engaging for younger people. Jack feels that from a youth work context he wanted to use these games to help overcome the barriers that some younger people might have with getting engaged in activities. He hopes their involvement with these games will inspire and motivate them to find their spark. Looking at the Room to Play projects they certainly invite involvement.

Jack also talked about other Tinderbox projects such the Tinderbox orchestra an alternative youth orchestra that sits at the heart of the organisation, the Frontiers program that gives opportunity to kids to be involved in the creative arts who would not get the opportunity otherwise to get involved such as young people from deprived areas or kids with autism or who are struggling with homelessness. If you are interested in the Tinderbox project a or want to find out more about their graduate and apprenticeship programmes then be sure to get in contact with them at: admin@tinderboxproject.co.uk

Organisers of this years PRESS PLAY event (Luci Holland and David Jamieson) demonstrated the interactive ‘Dance of Whispered Truths’ the product of their collaboration with Niall Moody, a PhD student at Edinburgh University. This game grew out of a previous work that Niall had created called the ‘Diary of Whispered Truths’ which is an idiosyncratic drawing tool/musical instrument. Incidentally Niall’s inspiration for this came from a ‘Ludam Dare ‘entry called ‘BECOME A GREAT ARTIST IN JUST 10 SECONDS.

The original ‘Diary of Whispered truths’ has both a visual and audio element to it, which are both controlled by the drawing tool/musical instrument that Niall created. Using the controller, you can create lush and vivid art with numerous visual effects at the press of a button, so that you really could become a great ‘artist’ in even less then 10 seconds! Alongside the visual effects the controller was also capable or producing synthesized sounds and other audio effects as well as being able to play back sampled sound (as we experimented on the day).

The Dance of Whispered Truths progresses from the Diary of Whispered Truths by incorporating a live and group interaction element into the performance by use of improvised music production as performed by the Film Game Mantra band. In developing this game Luci, David and Niall had the task of  creating a system that would work for live performers and enable the performers to react when a certain visual key is displayed on the screen. Since much of this is based on chance, I would imagine that the system created must be flexible. The improvisation itself is guided by a conductor (Luci Holland) who keenly watched the adaptive audio-visual landscape controlled by the sonic/visual controller as it was projected onto the  large screen.

I was fortunate enough to be part of a group to  ‘perform’ with the band by playing with the controller. By having control of the visual element, I was able to manipulate what the Mantra band were performing.  As a player I felt both creative and empowered!  The audience as a whole were also able to participate in Dance of Whispered Truths by having various samples recorded which were played back using the controller (I believe the buttons are from old arcade machines!).

Niall created this device to control the visuals on screen which the musicians on stage react to.

On the whole, Dance of whispered Truths is a fantastic tool to bring people together and be creative, even if you don’t consider yourself to be musical.

You can watch a performance from the Hidden Door festival in Edinburgh.

To end the formal part of the event we had Christos Michalakos a lecturer at Abertay University who gave an incredible performance on his interactive game, Pathfinder, which is a live performance based for a solo drummer. Although this was a performance, he was also playing the game since the drum kit actually acted as the game controller. Although it looks and acts like a normal drum kit, Christos has added sensor and contact microphones. A lot more expressive and reactive than your average Xbox controller.

Christos also implemented lighting into his drums which really further enhanced the atmosphere of the performance/play.

The game itself is about using the drum kit to navigate through the game to certain locations and with the room completely dark apart from Christos’ drum kit and the projector, the performance was vivid and enthralling.

More info can be found for Chritos here:

I really enjoyed attending the event and the demonstration and discussion of these interactive games in the relaxed atmosphere gave us a valuable insight on the work and thought processes for these games.

We hope you enjoyed Julian’s review, check out others in our Reviews section. Don’t forget to sign up to our Monthly Newsletter to make sure you don’t miss out on our reviews and interviews. 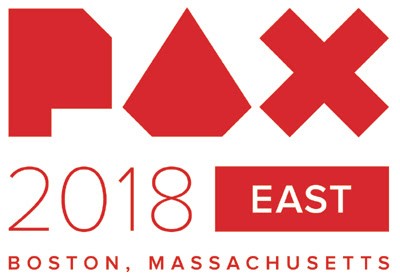 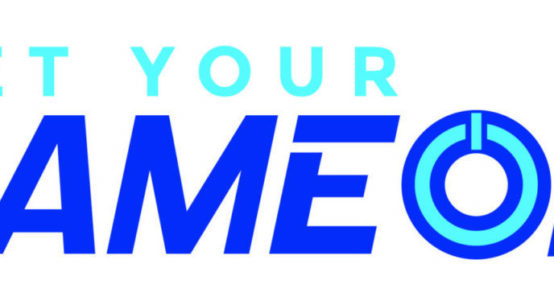 The VoiceOver Network: Get Your Game On 2017