It’s been nearly 20 years since we nearly lost all civilisation to an alien race… That’s right, you’re about to feel old with the 20th anniversary of Independence Day. With it’s successor; Independence Day: Resurgence around the corner this week, what better than to revisit some of our favourite moments in film history.

If you have no idea what I’m talking about, then I’ll briefly fill you in whilst you climb out of your 20-year old hiding place. Independence Day was a modern sci-fi flick, which some believe was ahead of its time when it graced our silver screens on 2nd July 1996. It focuses on the story of an alien race, seeking out the Earth and wanting to devour it of it’s natural resources whilst wiping out humanity. They didn’t however, expect the likes of Will Smith, Bill Pullman and Jeff Goldblum to come rocking up to the front door of their master plan with a whole lot of “freedom” and kick their highly intelligent rear ends.

Maybe I’m biased, but I loved this film as a child and I still adore it now. So when the opportunity arose to do a “throwback” piece leading up the Resurgence release I was stoked.

I wouldn’t want to review this film without paying close attention to the sound design and its implementation.

There are some key moments, which I believe will remain solid in my ears and mind forever.

I’m going to start off with the first real introduction to our visitors, the alien race. A young scientist playing some mini-golf whilst R.E.M.’s It’s the End of the World as We Know It ironically plays in the background to be disturbed by a rumbling sound.

THAT sound. It wasn’t futuristic, it wasn’t very sci-fi, it was just a grumbling, low creaking which symbolised and opening door. A guest is on it’s way in the form of a radio signal.

Bravo to the Fasal, Johnson and Miller for their creation. It wasn’t your typical theremin-esque sound which would take you back to b-movie and old flicks. It was a sign that something deep and serious was on its way. That one piece of sound design, for me, paved the way for the entire film, eager to see what visually represented it.

Further into the film we experience many different interpretations of what our visitors sound like. From their shrieking ships which could have just as easily been Tie Fighter rip-offs to the sweeping sounds the ships made when entering their prime target locations the sound design was spot on and helped create a unique soundscape to accompany the film.

I have a couple of hiccups with the audio in some places. Some outdoor scenes, in the desert especially you can tell where the dialogue was dubbed and not quite as clear as the rest of the film. As if the panning of the voice made it seem a little artificial, possibly in the mix, I’m not sure. I also found the communication dialogue between the fighter pilots not as convincing as I would expect in terms of the sound versus the visual expressions on their faces at each scene. But then compared to Smith’s comical one-liners and Goldblum’s quirky and socially awkward characteristics it’s easy to let that slide.

One other gripe is the weapons of the alien’s ships. For such a mighty race with technology much more powerful and bigger in scale than Earth’s, their lasers seemed very “pew pew” as opposed to what I wouldn’t expected to fall in line with the rest of their sonic identity.

One of my favourite moments of sound was the eerie voice of Brent Spiner’s character, Dr. Okun (or as most of us sci-fi fans know him as Lt. Commander Data!).

The shrill of the voice of the man, manipulated by the hostile presence is enough to bring out goose bumps on a 10 year olds arms. And boy did it! I loved every second of that interaction between Pullman and Spiner and the sound of his voice is the cherry on top!

We can miss the unforgettable scenes where monuments and capitals are turned into rubble by the main artillery of the alien’s ships across the world. Visually, using scale models they looked not half bad for 1996 and topped with some very bombastic and convincing sound design. Some of the visuals were slightly off with certain pasted effects but overall the sound was all there. I can anticipate that in this week’s release, thanks to the great gods at Dolby and the progression of our sound technology, there’s going to be a lot of sub-woofer attitude going on the accompany our viewing experience. 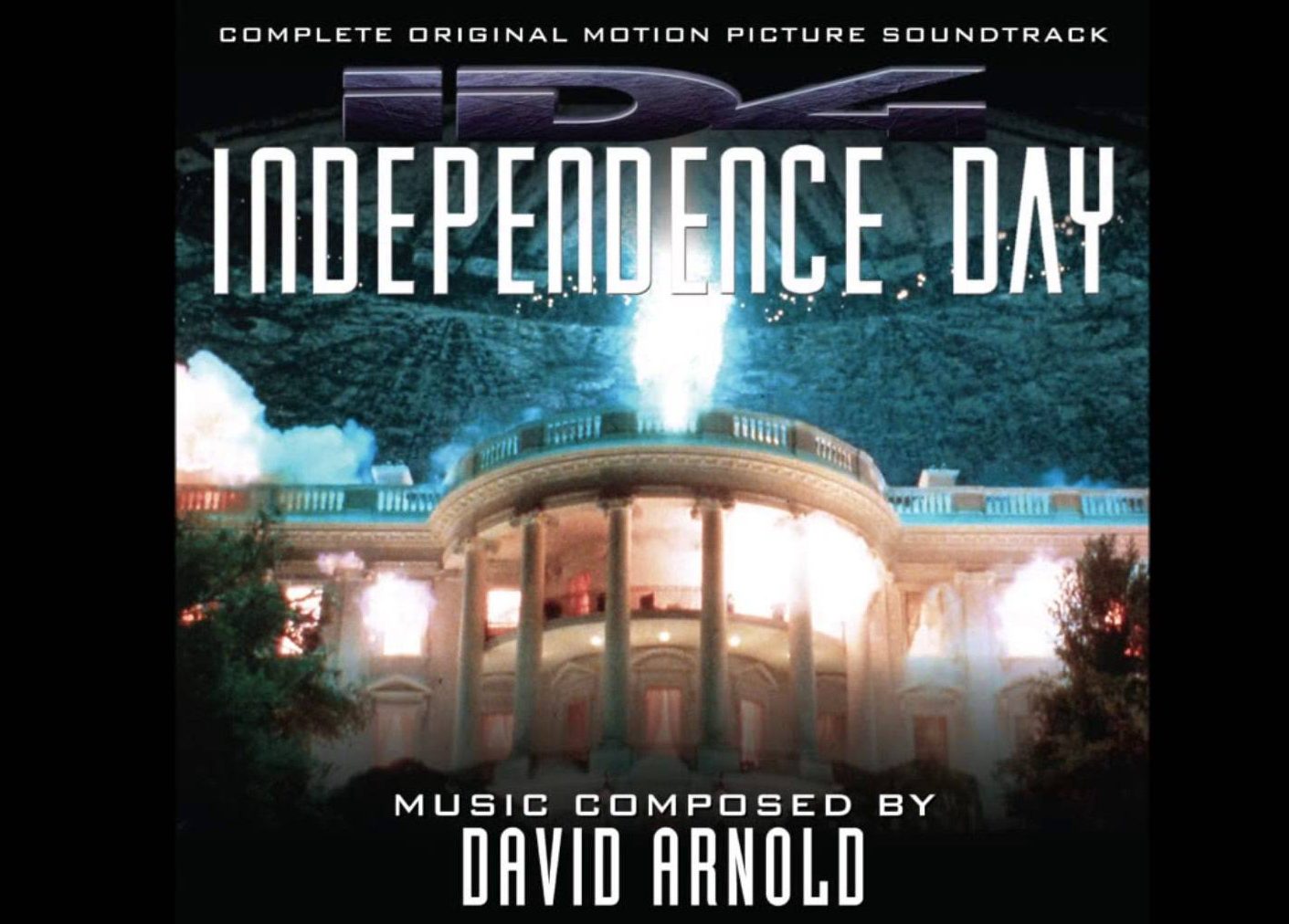 David Arnold returned to our ears cementing his track record with director Roland Emmerich at the helm again. Their first big outing being Stargate. Arnold and Emmerich’s relationship is one which is mirrored by other composer/director collaborative couples. They’ve also both helped bring to us Godzilla and will be bother working on Independence Day: Resurgence. So it seems they team up well in the sci-fi genre, and I can’t complain, I love each of their films on their own merits.
Arnold’s score for Independence Day was nothing short of brilliance. In a genre which is very easy to slip into stereotypical “space” soundscapes of synthesisers, theremins and hybrid music, Arnold delivered a completely orchestral score.

Whilst his score had some pretty epic brass sections and hearty tempo to accommodate the action sequences, it wasn’t very “braaahm” which is more common than not in today’s blockbuster filmmaking. You can see a lot of John Williams influence in the score in terms of flurries and great use of string trills to navigate and transition from point to point.

Rolling, snares accompany the very Americanised military scenes that carefully and subtlety weaves the main theme from the film in and out as if dropping nostalgic hints ever before the film is over. Another Williams nod is the absence of overused percussion whilst staccato brass power through cues like The Day We Fight Back whilst and beautiful blend of woodwinds carry an undertone throughout the score.

The music brings to the ears a blend of chaos, frenzy and patriotism without relying heavily on digital elements and hits to emphasise the power and beast that encompasses this critically acclaimed disaster movie.

Maybe it’s this article and re-watching Independence Day a few times again which has really got me in the mood to want to revisit this story with Resurgence on the horizon. Maybe it’s a sprinkling of nostalgia and my love for the quirkiness of Goldblum and virtually everything that Will Smith touches (After Earth not counted). Either way I’m excited to see what Arnold, Emmerich and the sound team bring to the silver screen in the sequel.

I’m hoping that some sounds are recycled and fed back into our consciousness like I’m a 10 year old boy again.

I’m very eager to see how Arnold has approached the score this time around. Whether there are any “hybrid” or modern “epic” type tools in the bag of tricks in this outing. If I’m honest, I kind of expect epic proportions in terms of music and sound because that’s how we, as a general population tend to like our action these days. A current trend at least.

I’m hoping we have recycled themes, at least the main motif without losing too much of it’s roots. Similar to how I very much enjoyed the revisit to the Jurassic Park series last year.

To conclude, the sound and music of Independence Day, for me, has become a timeless classic. And very much a concrete part of my orchestral reference palette. I would have to say out of a small handful of amazing sci-fi and blockbuster films of the 1990s, if you wanted a great example of a disaster film, I would pick Independence Day time and time again. 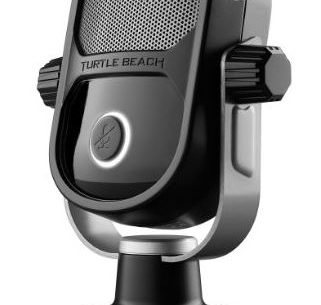 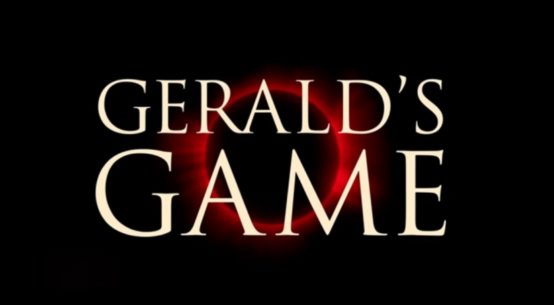