We were already excited to be attending Game Music Connect again this September, and now even more so! Game Music Connect​ organizers today announced that their 2015 international video game music conference, which returns to London’s Southbank Centre on September 15, will once again be supported by the British Academy of Film and Television Arts (BAFTA).

Game Music Connect 2015 will host the talent behind the BAFTA award-winning audio for Creative Assembly’s Alien: Isolation during ‘The BAFTA Interview 2015’ session presented in association with the British Academy of Academy of Film and Television Arts. In conversation with Game Music Connect co-founder and host John Broomhall, Creative Assembly’s Sam Cooper (Audio Lead – Alien Isolation) and Byron Bullock (Senior Sound Designer – Alien Isolation) will be joined by The Flight composer/producer duo Joe Henson and Alexis Smith, along with fellow composer Christian Henson, to discuss the creation and implementation of music in Alien: Isolation.

Winner of the BAFTA for Audio Achievement at the 2015 British Academy Games Awards, Alien: Isolation is a multi-award-winning first-person survival horror game capturing the fear and tension evoked by Ridley Scott’s 1979 classic film. Creative Assembly, founded in 1987, is one of the UK’s most successful and established game studios.

The Flight, aka composers Joe Henson and Alexis Smith, have worked with some of the biggest names in the music industry including Lana Del Rey, Björk and newcomer Chlöe Howl as well as composing major soundtracks for blockbuster titles such as Assassin’s Creed IV: Black Flag and the haunting score for Alien: Isolation, nominated for a 2015 BAFTA Music Award and Best Score/Soundtrack at The Game Awards. In collaboration with The Flight on Alien: Isolation, Christian Henson is an Ivor Novello and World Soundtrack Awards nominated film and television composer whose credits include Jon Wright’s sci-fi epic Robot Overlords and the cult TV series Inside No. 9. Christian Henson is also the founder of Spitfire Audio providing tools for composers worldwide.

Tim Hunter, Director of Learning and Events at BAFTA: “BAFTA’s learning programme aims to share the expertise of our award winners and nominees so it’s great to be able to work with Game Music Connect for the second year, helping a focused and engaged audience learn from our recent winners, Creative Assembly.”

Now in its third year, Game Music Connect is for aspiring and professional composers of all backgrounds and those interested in learning about the art and craft of creating today’s cutting edge video game soundtracks – featuring talks, practical demonstrations and round-table discussions with some of the world’s leading artists, innovators and decision makers in the world of music for video games.

Game Music Connect is founded by multi-award winning game and TV composer James Hannigan and celebrated game audio director, composer and industry commentator John Broomhall – who, with over one-hundred AAA game credits between them, joined forces in 2013 to create Game Music Connect in order to celebrate and explore the music of video games.

For more information and to purchase tickets for Game Music Connect 2015, visit: http://www.gamemusicconnect2015.com. 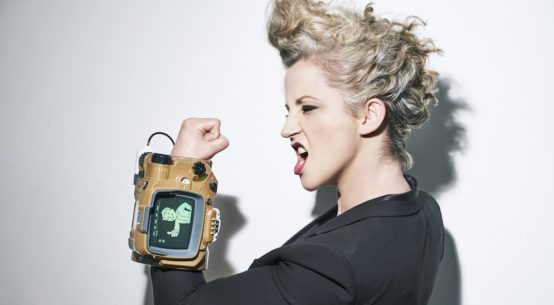 BLOODBORNE ORIGINAL SOUNDTRACK TO BE RELEASED BY SUMTHING ELSE MUSIC WORKS‏