Released in December 2016, Manchester by the Sea tells the story of Lee Chandler (Casey Affleck) as he returns to his hometown to look after his teenage nephew when the boy’s dad dies. It’s a compelling and emotional journey, full of tragedy and dark comedy.

Featuring wonderfully subtle ambiences and soundscapes to support the dialogue, beautifully ambivalent music composed by Lesley Barber, and director Kenneth Lonergan’s great signature taste for non-scored music, the audio in this film guides the emotions of the audience as the story unfolds very effectively.

The film is structured in a number of flashbacks, each revealing a little more about things that have happened to Lee in previous years, so there is a lot of mystery about his past for the majority of the picture. During these flashbacks, audio is used as an indicator to the audience that we are not in the present time, and this mirrors the obvious difference in Lee’s personality before and after a tragic house fire that has led to his depression.

Music is used sparingly throughout the film, often during a montage scene where there is no dialogue to contend with. Lonergan is known for his use of classical music in his films, alongside originally composed material and Manchester by the Sea follows this trend. Barber’s music complements the pieces of Handel and Albononi to unify the score’s style.

At the opening of the film, we are introduced by sounds of a small female choir and pizzicato strings, with a Psalm-like piece composed by Barber. Slow paced and full of diatonic dissonance, it reminds me of Satie’s Gymnopedies, and creates a similar emotional distance – like looking in through a window. This distance is reinforced in the opening montage, where no additional sound is added. The choral piece is repetitive in nature, which echoes Lee’s journey. Despite trying to move on from his tragic past, he is unable – he meets more tragedy and is brought back to the place that he tried to get away from.

In contrast, songs like “Oh, What a Beautiful Morning” by Ray Charles and “Drivin’ Wheel” by Albert King, playing in the background from a bar jukebox, reflect the world around Lee; where people are having a good time, and emphasise how alienated he has become because of his depression. They also make a serious situation like the barfight near the start of the film more funny, because of the juxtaposition between the happy music with lyrics of “what a wonderful morning, things are really going my way” and Lee’s unexplained anger.

Several scenes feature only music, with no dialogue and little to no other sound, just like we see in the opening montage. These tend to either be particularly emotional moments, such as Joe’s (Lee’s brother) funeral, the phone call from Randy (Michelle Williams), Lee’s ex-wife, and the house fire, which is the *SPOILERS* In the house fire scene and the police station scene afterwards, Albononi’s Adagio in G minor builds tension, spectacularly leading to the point where Lee attempts to kill himself with a police officer’s gun. The only sounds you hear are sirens and people screaming while the music makes us aware of Lee’s desperate sadness.

The ambiences are very subtle throughout. Sounds like TV chatter, dogs barking, wind, water, seagulls and background traffic are used a lot to set the scene but generally at very low levels so that they do not interrupt the dialogue or break through. At other points, innocuous sounds are brought up in the mix to highlight an emotion that Lee is feeling. For example at the start of the film, he is fixing the plumbing in one of his tenants flats, and a dripping tap accentuates his irritation as the tenant moans at him.

In flashback scenes, the mix is more alive. Natural sounds that you would expect to hear such as wind and water are prevalent, as are the sounds of the fishing boat engine. In these scenes the primary emotions (those of the characters) are in sync with the secondary emotions (those of the audience); when they laugh, we laugh. Whereas in present day, the mix is sparse, buy xanax brand more depressed – adding in to the ambivalent, glazed over feeling that the music plays with as discussed above. In these scenes, the audience is left unsure about whether to empathise or laugh at the black comedy due to the lack of feedback from the sound.

The dialogue recording contains the room sound which adds space in the centre channel. It sounds like few mics were used to record the dialogue which glues it together and makes the actors’ voices sit well in the recorded spaces. This adds to the sense of realism and sense of place, and encourages the audience to invest in a story that, despite being terribly sad, is also completely believable and possible.

The editing is the star of the show when it comes to the sound mix. There are some lovely cuts that propel the narrative forward between scenes and use sound as the vehicle to provide continuity. For example, in the bar scene that I mentioned earlier, Lee is sat at the bar drunk while the jukebox shouts out old blues songs. He catches the eye of two men at the other side of the bar. The music drops in volume, and you hear the two men whisper to each other “he’s coming over”, focusing on the narrative rather than what Lee could hear. When the fight starts, the punches are over accentuated, there is shouting and scuffling as punches are thrown, but the sound quickly fades out and the jukebox rises in the mix. The room reverb drops out making the song from the jukebox non-diegetic and the only thing left playing. The picture cuts to Lee passed out on the sofa at home, and the blues song fades so that we can hear the sports commentary on the TV. There is a short fade, and a new scene starts to the sound of Handel’s Pifa from The Messiah. A beautiful way to flow through the storyline.

Manchester by the Sea was the drama of the year for me, and if you haven’t seen it yet, I promise the story is one that will stick with you. The music, both Barber’s score and the choice of songs and classical pieces, are perfectly matched to the tone of the film and gel together wonderfully to make a cohesive stylised soundtrack. The dialogue is witty and engaging and the soundscapes are totally immersive – it’s the fastest two hour film I’ve seen in a long time.

Manchester By The Sea 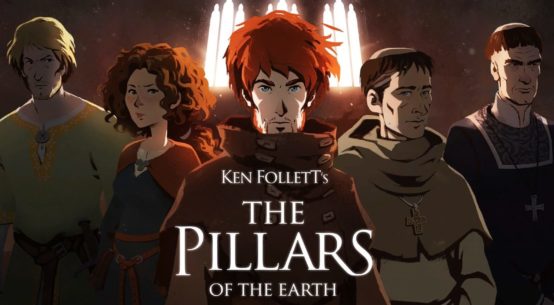