Unlike most of the conferences I go to as a game audio lady, the Penny Arcade Expo (or PAX) is a consumer-oriented expo focusing on games and what can be described as “nerd culture”. Whilst PAX takes place in several places in the USA, this time I attended PAX West. Held in the Washington State Convention Center and a few surrounding buildings in Seattle, PAX West is a wonderland full of game demos, merch, panels, tournaments, and more. Tickets can be hard to get. Once online, they sell out rather quickly. By some miracle of fate, a friend of mine ended up with an extra pass for Saturday (the conference runs Friday until Monday of Labor Day weekend) and I booked my trip up to Washington. Although one day didn’t allow me the time to explore a good deal of what the expo has to offer, I managed to get my hands on a few upcoming titles that used audio in interesting and creative ways. Here are sneak peeks of three games seen at PAX West 2017! 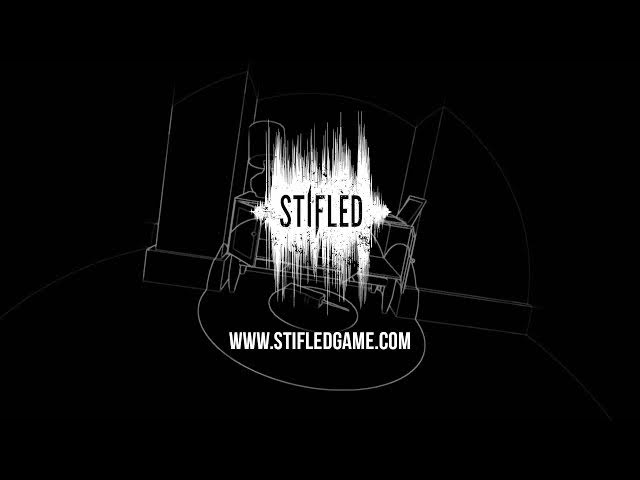 Made by 5-person Singaporean game studio Gattai Games, Stifled is a first-person VR thriller where the player must physically make noise to see their environment around them. Using a gamified form of echolocation, sounds made by the player are picked up by a microphone placed on the headset. Depending on the loudness of sounds made, the space around you becomes clear- stay silent, and you’re surrounded by darkness. However, there are monsters that also navigate by hearing. Make too much noise, and they’ll strike.

As a self-described “huge lame wimp” when it comes to horror games, I lasted maybe four minutes into Stifled before tearing off the headset amidst cries of “I’M OUT”. Despite one’s constitution when it comes to this genre of game, Stifled does a great job of using audio as a game mechanic in a novel and interesting way. I spoke a bit with Justin Ng on the inspiration for the title. The team was fascinated by a YouTube video of a blind girl finding her way around using sound. They thought this could be a great way to make a VR experience interesting without breaking the bank. After various experiments on what exact audio manipulation would make the best game mechanic without over-complicating things, they picked loudness.

In terms of audio design, the team decided to go with a minimalist approach. Most sound is ambient, either made by the player or the world itself. They wanted to make the game as creepy as possible and, in my humble opinion, succeeded with flying colors. Upon being discovered by the monsters, one hears a loud burst of sound that was originally a woman’s voice that the team edited to make as scary as possible. Considering I basically leapt away from the headset and off to the side of the demo booth, I would say they did a great job. Stifled will be out on PSVR later this year.

Quebec City-based Bezerk Studios is the creator of the aptly named Just Shapes and Beats. As the title would lead one to imagine, Just Shapes and Beats is a rhythm game involving, well, just shapes and beats. Gameplay is rather simple on its head. Each player controls a shape which they move with the joystick, and a single button controls a dash function where the shape is invulnerable to damage. Players dodge anything pink-hued; this often manifests itself as pink shapes flying around the stage, or pulsating pink lines that move with the rhythm of the music. The game is really fun to play with other people. If you inevitably die 30 seconds into the first song, as I did, a teammate can fly over and save you. Or just let you die permanently, because saving you is probably more trouble than it’s worth. Either way, really.

The entire soundtrack consists of licensed music, with many tracks leaning towards the high-energy chiptune genre. Mike Ducarme of Bezerk Studios explained that they want to bring more exposure to artists that they like. Perhaps after playing a level, a player might be interested in buying the track off of iTunes or checking out the artist’s other work. Each level is custom designed to each song, with handmade enemies inspired by the music. This creates a really nice cohesion between gameplay and soundtrack.

Interestingly, there is very little sound design; namely a few UI sounds in menus. What I found fascinating, however, is how the game aurally deals with losing. When the whole team dies, the music slows down a bit before quickly rewinding back to the previous checkpoint that was crossed. It’s humorous and very well done, and keeps the energy of the gameplay going strong. Add in the sarcastic instructions at the beginning of levels, and you have yourself a really fun party game that attracted quite a crowd on the show floor. Just Shapes and Beats doesn’t have a concrete release date yet, but they’re aiming for the end of the first quarter of 2018. 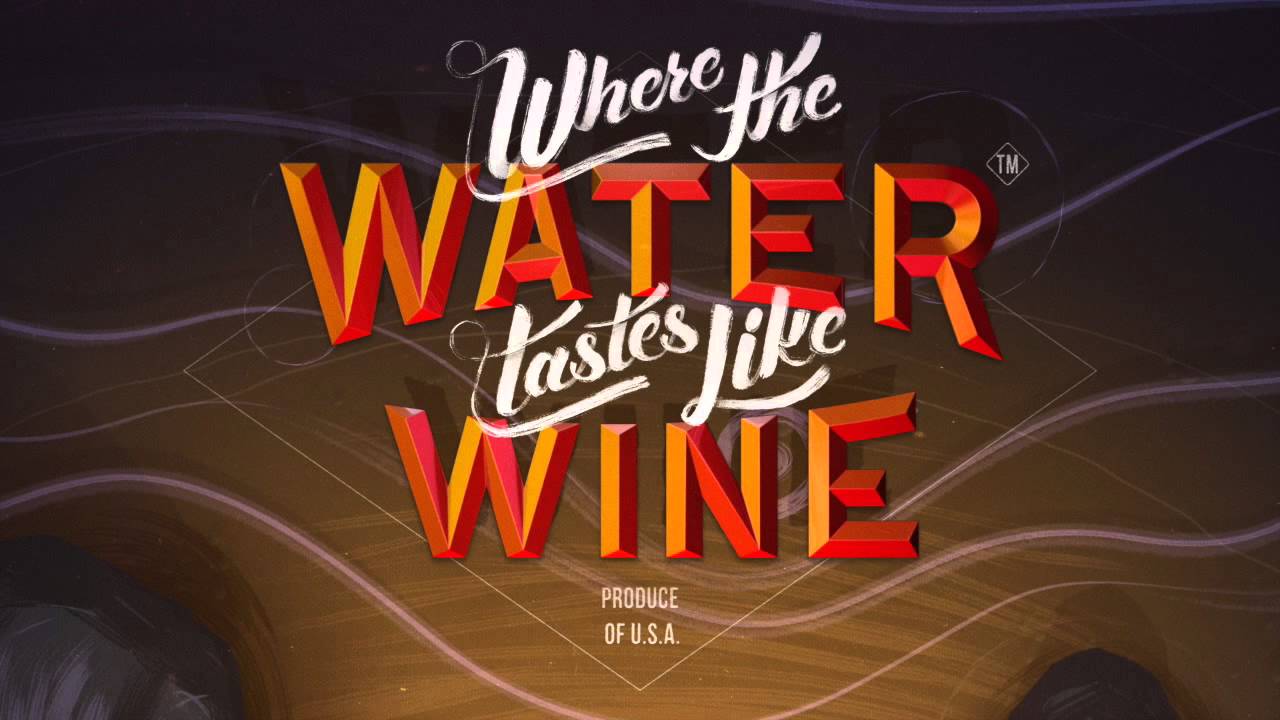 Where the Water Tastes Like Wine, by Dim Bulb Games, has gotten a lot of positive press for its art style and deep narrative design. It’s a beautiful and bleak traveling adventure through America, where the player wanders the states to collect stories. These stories are used as currency when meeting characters in the game; trade a story you’ve collected, and in return you hear about the character’s life. The aesthetic is a haunting and poignant exploration of the myth of America, told in folk tales.

I spoke with composer and sound designer Ryan Ike about the choices he made concerning the audio to fit into the game’s style. As a self-proclaimed “goofball”, he said he had to alter his thinking a bit. With a game about wandering to a place you don’t know if you’ll ever reach, he started by putting himself in a similar head space and living there awhile while writing. The music explores genres pioneered in the United States, such as folk, bluegrass, country, and big band jazz. Each of the sixteen main characters you meet has their own theme that gives you information on the characters themselves, such as who are they as a person, and what type of music goes with their region and time period. For a character in the Navajo tribe, Ike collaborated with musicians who used traditional Navajo instruments. He spoke fondly of the collaboration this project allowed him; he was able to work with instrumentalists and singers via remote recording to create the game’s music.

In terms of sound design, Ike wanted to make the game seem solidly latched to an old era of America. The game is set generally in the 1930’s with some characters from different time periods. Considering this was the heart of the Great Depression, Ike wanted to buy indian xanax online convey the difficult era with rickety sounds. Lots of Foley was used for realism; he wanted the sounds to feel lived in and worn out. Add in a stellar cast of voice actors, and you have yourself a game that uses audio along with story and art to put the player squarely in a location and emotional ambience. Where the Water Tastes Like Wine will be released later this year or in early 2018.

We hope you enjoyed Katelyn’s review, check out others in our Reviews section. Don’t forget to sign up to our Monthly Newsletter to make sure you don’t miss out on our reviews and interviews. 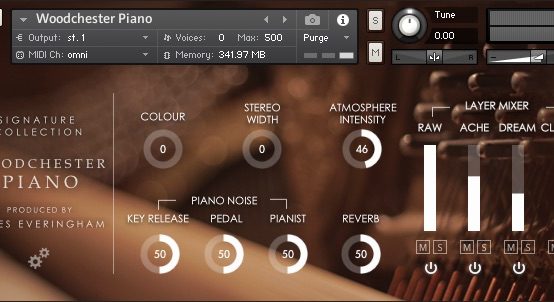