Materia Collective have announced Harmony of a Champion, a cinematic story-driven arrangement album detailing a young Pokémon trainer’s journey to becoming Kanto’s Pokémon Champion. Harmony of a Champion celebrates the 20th anniversary of the original Pokémon Red and Greens soundtracks, allowing fans to relive their favourite moments through unique rock, electronic, and orchestral arrangements that incorporate sound design to tell the game’s story. Harmony of a Champion is licensed with all profits being donated to Child’s Play Charity:

Produced by the Shinesparkers fan community and featuring global talent such as Rozen (Sins of Hyrule), Laura Intravia (Video Games Live, Destiny), Spencer Bambrick (BestLuck), and sound designer Gina Zdanowicz (BioShock 2, Just Cause 3), Harmony of a Champion offers over two and a half hours of music.

“I hold the original generation of games in high regard for all of the wonderful memories and friendships that were born from playing them,” notes Shinesparkers creator Darren Kerwin. “Harmony of a Champion is an opportunity to experience the story of Red and his journey from a ten-year-old boy who grew up in Pallet Town to becoming a Pokémon Champion, through the inclusion of sound design across the album to add narrative and express the story more effectively.”

Are you a fan of Pokémon music? Let us know your favourite track from the album !

About Shinesparkers
Shinesparkers is a Metroid fan community dedicated to bringing its fans up-to-date Metroid news and exclusive content, such as Harmony of a Hunter. Since 2011, Shinesparkers has created a series of albums under the “Harmony of” name focusing on video game fan-arrangement albums which include Metroid, Super Smash Bros. and Pokémon.

Learn more about Harmony of a Champion 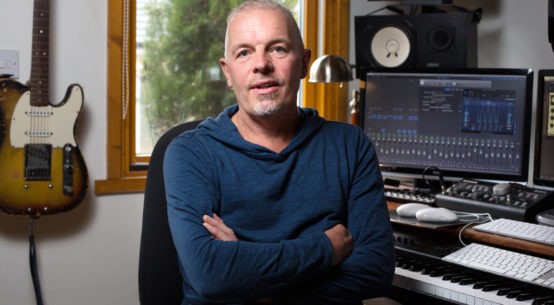