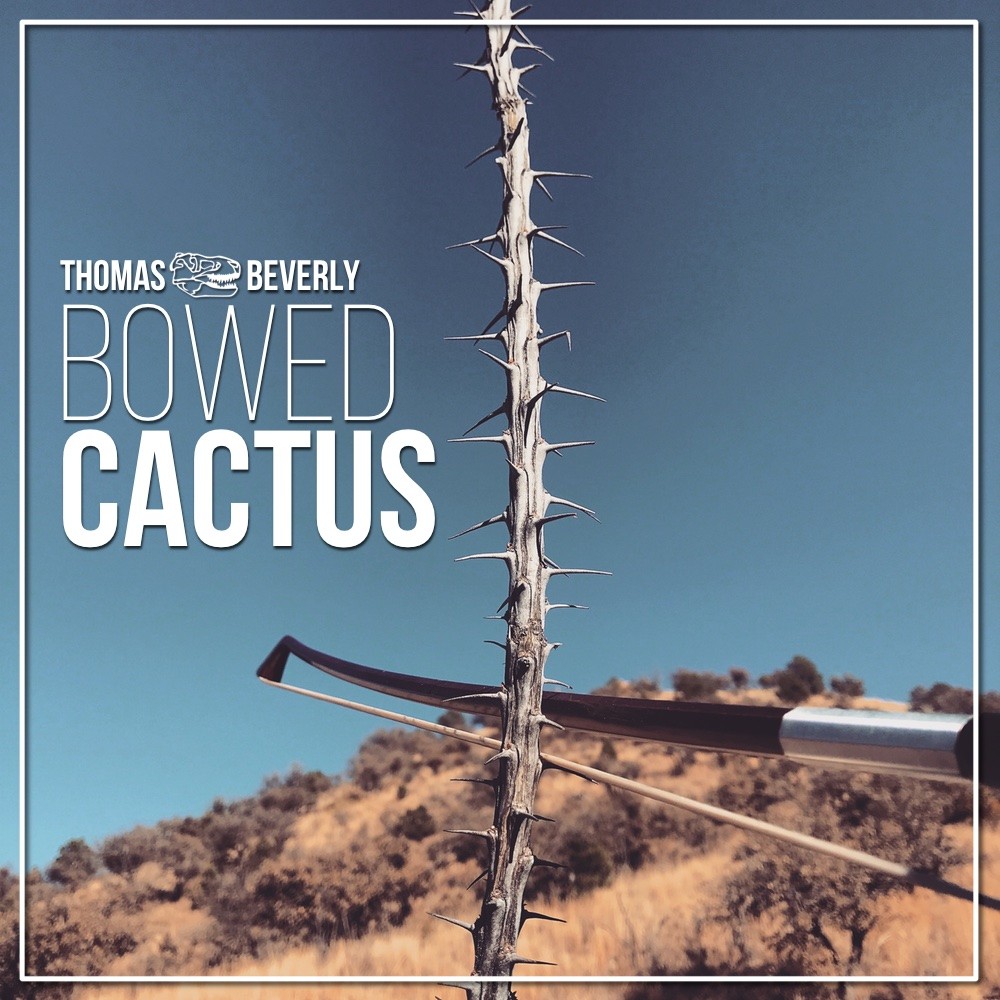 For the first 48 hours after this article being published, Tom Rex Beverly is offering readers a
$10 discount off the price of Bowed Cactus. This offer compounds on top of any other discounts that apply.

Tom’s 40% off Black Friday sale is also running across all of his libraries from 19th – 26th November.

This month, I had the pleasure of taking a look and listen at the Bowed Cactus library by Tom Rex Beverly. Tom is an exceptional recordist with an ever-expanding back catalogue of nature sounds libraries, with this being his 29th release.

Bowed Cactus is a curation of 79 stereo tracks captured in super high quality at 192kHz/24 bit. Each track is recorded either in ORTF or MidSide configuration, providing an interesting mix of the two perspectives and the different flavour of width that they give. The collection totals over 550 different sounds (4.16GB), and around an hour’s worth of play time, with multiple confluent takes bundled in to each track according to their content. With an average track time of 1min 20secs, this library gets straight to the point, and doesn’t have any dead time, with sounds faded in and out once you’ve heard the best bits; which is exactly what you want while you are browsing for source material.

I am fond of the John Cage inspiration for this library and think that Tom has hit upon a clever niche area of recording; one that will be appreciated by sound designers and avant-garde or Hollywood composers alike. There is a surprising breadth of uses for this library: the plucked pitches of the small barrel cactus are a great start for a sampled instrument, and the hellish screeches and insectile chittering of the bowed ocotillo would be an unsettling top layer for animal vocalisations.

Besides the sounds themselves, Tom’s philosophy for this and all of his libraries is endearing. With carbon offsetting for travel and 2% of all his proceeds going to the planet as an “artist royalty”, not to mention his strict guidelines for ensuring his work is as natural as possible with minimal editing and anything that doesn’t abide documented in metadata. It’s a joy to find a sound librarian that takes such care.

Alongside the audio files, bundled in to the download are photos, website links, legal bits-and-bobs, two demo reels showing what you can do with the files with a bit of pitch shifting, and a comprehensive metadata spreadsheet for all of the tracks in the library. Metadata markers are written in to the files, perfect for searching through, and, in my DAW allowed me to see where the best bits of each track were, straight in the arrange window.

Now to the sounds. The source includes six varieties of cacti – yucca, common sotol, green sotol, ocotillo, sacahuista and small barrel. All six are bowed, as you would expect, and the ocotillo and small barrel are also plucked. Being a cactus novice, I can’t say much about the choices, but there does seem to be a smart combination of thicknesses and textures here to cover all the aural bases.

The dynamic range of the library as a whole is on par with general standards, with RMS for any given track being around –37dB and peaks getting up to around –12dB. Because the source has not been compressed, the peak flies around a fair bit especially with the plucked sounds that have more prevalent transients, however there are no points where you cannot hear the track, and the overall level is well sustained.

When bowed, the cactus gives a strange mixture of granular and sustained sounds, with one morphing to the other in a combination of squeaks, slides, stutters and scrapes.

The yucca has thick, smooth leaves that, when bowed, create a sustained screeching sound, similar to a bat’s call or sul ponticello bowing on strings. We get a variety of pitches and energies from the differing performance techniques used that create a wide selection of sounds including high pitch screams and low grumbling drones; all of which are great base material for mammal and bird vocalisations. By employing some creative layering and pitch shifting, you can get convincing dinosaur calls, great lumbering mammoths trumps, or tiny rodent squeaks.

The sacahuista is similar to the yucca in texture, but the grass is thinner allowing for more pitch manipulation during bowing as well as a more reedy timbre. In one bow motion, the pitch can swoop from low to high very quickly, again giving that animalistic expression, but richer in harmonics and more emotionally communicative. The sound is sharper than the other cacti, and is evocative of pain, almost like glass scraping on glass, especially in variation no.3 ‘Rich Vocal Squeals’.

The two variety of sotol (common and green) are the ridged complements to the yucca and the sacahuista, one larger than the other. The little spines on the leaves add a stuttering texture to the sound. The green sotol is more resonant because it is smaller. Both have a vaguely polystyrene timbre to them, sometimes like sticky tape being pulled off the roll, but they swiftly morph from squeaky plastic to a more granular abstract succession of clicks, due to the bow passing over the tiny spines.

With a bit of pitch shifting and distortion, these can be fantastic for futuristic UI sounds when pitched up or flappy engine sounds when pitched down, due to the cyclic nature of the clicks. Ingrained effects such as pitch flanging and stuttering also make this a great start for electricity sounds, tearing fabric, alien vocals or creepy insect-like footsteps.

The ocotillo has a long hard stem with much larger spines than the other cacti in the collection. Tom experimented a lot and employed several different bowing techniques here (bowing one spine, multiple spines in parallel, just the stem, multiple stems, with different bows). The rough, visceral Penderecki-esque string effects and slow morphing sounds in the first five variations are a really interesting texture that you can have a lot of fun with. Due to the thickness of the stem, the sound is more wooden in timbre and are almost like floorboard creaks but they keep on going and become more grating as they develop – perfect for horror soundscapes and building tension in music.

The small barrel is the most flexible and interesting of the bunch, and the amount of noises that Tom has managed to get out of it is astonishing. As an example, just while listening through, I made a list of applications for these sounds:

With its rounded body and high density of spines, there are more possibilities for capturing a wide variety of sounds. In general, it gives a more rounded tone than the others and, because of this, creates sounds that are more easily dropped in and used raw, without extra processing. My particular favourite is “Variation 21- Sliding pitches, Creaking and Croaking”, which has this amazing duplicitous tone that is part scratch and part wind blowing through a metal pipe – it’s pretty magical: pure sine and creaky crustacean at once.

I was really pleased to see that Bowed Cactus wasn’t in fact just… bowed cactus, and that it also included plucking. The library provides many variations of the ocotillo and small barrel being plucked with a selection of different implements including match sticks and other cactus stems.

The soft mallet sound of single plucked small barrel spine is similar to a kalimba, a wooden music box, or the plucking of a harpsichord. When multiple spines are plucked in quick succession, purchase viagra generic you get a fantastic dense watery popping, perfect for transitions and tails, for example emerging from an underwater scene. The plucked ocotillo is less resonant, but has a warm hollow tone, like South American percussion, and the small barrel pitches are perfect for a cute homemade sampled instrument similar to a xylophone that would fit in well in a game like Samorost or Machinarium.

Tom has done a tremendous job of creating quality commercial recordings of a raw and untapped audio source and I have really enjoyed digging deeply in to Bowed Cactus. This is the only library of its kind on the market at the moment and it is tailored perfectly for the professional sound designer’s workflow. The sounds are truly untouched and this construction kit style allows for maximum flexibility and usability.

Whether you are looking for something to spice up your reptilian or mammalian vocal design, sweeten your horror ambiences, or just follow in John Cage’s footsteps and create some avant-garde noise music, this library will surprise you with its quality and variety considering the small amount of source objects used.

For the first 48 hours after this article being published, Tom Rex Beverly is offering readers a $10 discount off of the price of Bowed Cactus. This offer also compounds on top of any other discounts that apply.

Use the code ‘TheSoundArchitect’ at the checkout.

Ninja Gaiden The Definitive Soundtrack Available on Vinyl and CD 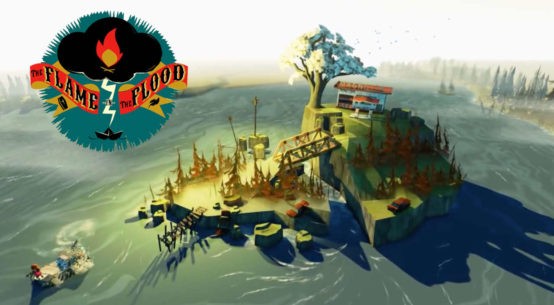 The Flame In The Flood Game Audio Review