When it comes to gathering a collective of composers, musicians, sound designers and general game audio lovers from students to professionals in Scotland, the Edinburgh Game Symposium is the driving force for these events. In late October 2016. Along with many other enthusiasts, I had to chance to attend the AWEdio Jam In Edinburgh. This event was dedicated to giving game sound lovers, game designers, musicians and sound designers to come together to collaborate and build something crazy……In an old school Church!! The event also welcomed talks from Industry sound veterans such as; Will Morton, Audio Director of Solid Audioworks, John Broomhall, founder of Game Music Connect and Composer/Producer Helge Borgarts. All of the ingredients were the perfect mixture for a game sound fan’s idea of heaven in one weekend.

The event began on the Friday night, with a quick meet and greet of attendees, whilst people were showing up, registering and chatting, we were welcomed by our first guest speaker of the event which was Audio Director Will Morton from Solid Audioworks.

Will kick started the room’s excitement by talking about using music and sound to narrate what the images on screen are telling us and how we can use this to bend the rules just a tad. Will demonstrated this point by playing the well known clip from Raymond Briggs ‘The Snowman’ with its original music score, then later he played the same video but with an up beat Jazz score which completely mind boggled the audience.

Will proceeded to talk more of the sound design part of his job, by playing a clip of ‘The Hobbit’ a scene which was nearly complete silence when a character was escalated into the air, the sound nearly took a complete halt. From this, Will demonstrated on how less is more and how sound itself can be used to manipulate what the viewer is seeing and hearing. He then proceeded to demo footage from a game he worked on, Madden ’17, and highlighted points in game-play footage and cut-scene video, where he demonstrated the previously discussed methods within the context of a sporting environment. Specifically, he broke down his work into separate levels of audio; music, Foley, voice over and sound design.

Will finished his talk on an inspirational note to everyone; that anyone can work in sound for games and film, but like everything it just takes a lot of hard work and practice to get there. 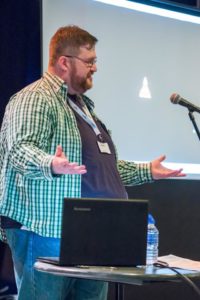 The next morning, composer and co-founder of the Game Music Connect talks, John Broomhall, took to the stand early on the Saturday morning. John talked about his own views and experience in the industry, where he believes it came from and where its going to go.

However, John is also known for his love of jazz keyboard and improvisation. So what better way to start off a talk on interactive music and game audio, than having the whole room mouth a simple drum beat while he plays a little jazz piece on his keyboard over this! After this little trick got everyone started for the morning, John proceeded to talk about the roles and importance of game music as well as why it’s a separate process to other media, including film/television. John stressed on a point that he believes video games do not need a constant soundtrack, however this differs from other more iconic cultural games such, quoting the Super Mario series for this instance.

This brought John onto the evolution of VR gaming in which he believes that this will open up for high detail for sound and music in gaming environments, allowing more focus on immersion of feeling through sound design, narrative and music. The development and technology is progressing at a speedy rate that allows all composers and sound designers to experiment, thinking outside the creative box on a non-linear gaming experience. John’s talk came to its final points on composition and working ethics in the industry, with creative points that revolved around trying new things such changing the MIDI instruments of your tracks around. He also stressed that you should act fast when ideas come to you, during the stages of composing for the clients. Before officially declaring the jam open for attendees he made a few inspiring remarks about not being afraid to speak up when talking about ideas to clients, and do love what you do, whilst also being a team player along the way. 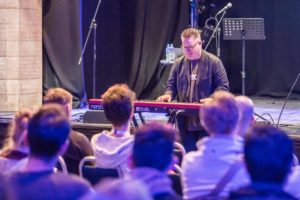 The final speaker for the event was non other than composer/producer Helge Borgarts. With a wealth of experience of both working in various software companies as well as composing music for various game projects since the early 90s, Helge gave a great insight and breakdown of what game music is and what it means to him as a composer.

For keen new comers or learners of the game audio trade, Helge gave a very clear and distinct breakdown of both interactive and adaptive audio, along with how the two different classes can be used perfectly for a game project, with pros and cons for both. Throughout this talk, Helge proceeded to the ever famous game composition topic of the Horizontal Re-sequencing Vs. Vertical Re-Orchestration wars. He gave a very clear demonstration of both from a project that he presented using the Wwise software.

After this demo, he proceeded to express an interest and views in the rise of VR gaming, agreeing with John Broomhall in that game audio will bring a game changing new set of skills and creativity for sound designers and composers. He also stated that this will create newer levels of immersion and emotional narrative in a virtual world. It was at this point that Helge concluded his speech and made the way for the final few hours of what the participants had created. 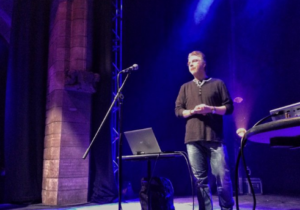 In sticking to the presented theme of the weekend, which was announced on the Friday as ‘Time Travel’.

By the strike of 1pm it was pencils, wires, solder irons and laptops down, for the participants o demo what had been created over the weekend.

All of these projects in their own right, really explored the idea of creating something audio and sound related that didn’t necessarily have to be related to games or film. It was very humbling to witness and reflect upon each presentation, along wth how people within game audio can think and express themselves outside the creative box, using sound as their own canvass. 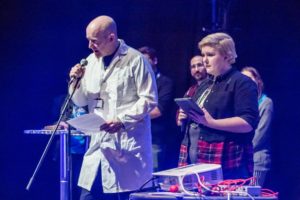 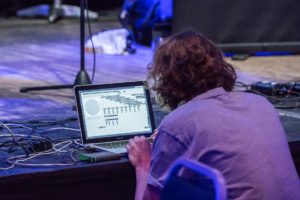 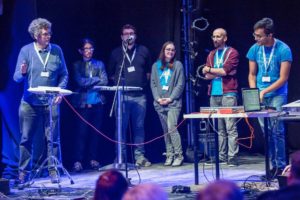 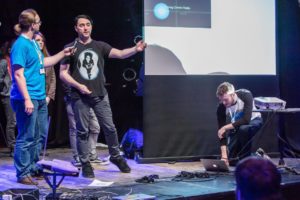 To listen and hear some of the projects please visit the Edinburgh Game Symposium webpage.

In summary, all I can say is that this weekend was probably one of the most exciting and amazing game music & sound experiences I had ever been to. As an avid attendee of the EGS group events in times gone by, I can safely say they truly outdid themselves in providing an Everest of creativity for one weekend in a little church in Edinburgh. There was huge mutual agreement that it was both humbling and exciting to see what other people think in terms of creating audio, and to be in a circle that shares this passion. Also, I would mention that the very invaluable talks and points given by the guest speakers were an opportunity of life time. To be able to sit and create sounds in a church, feast on lovely soup and sandwiches and have John Broomhall perform some outstanding imrpov. jazz, is definitely an experience I would want to see return for next year. My one and only critique on this event is that I felt it had the potential to be stretched to a long weekend allowing for more creativity and industry talks. 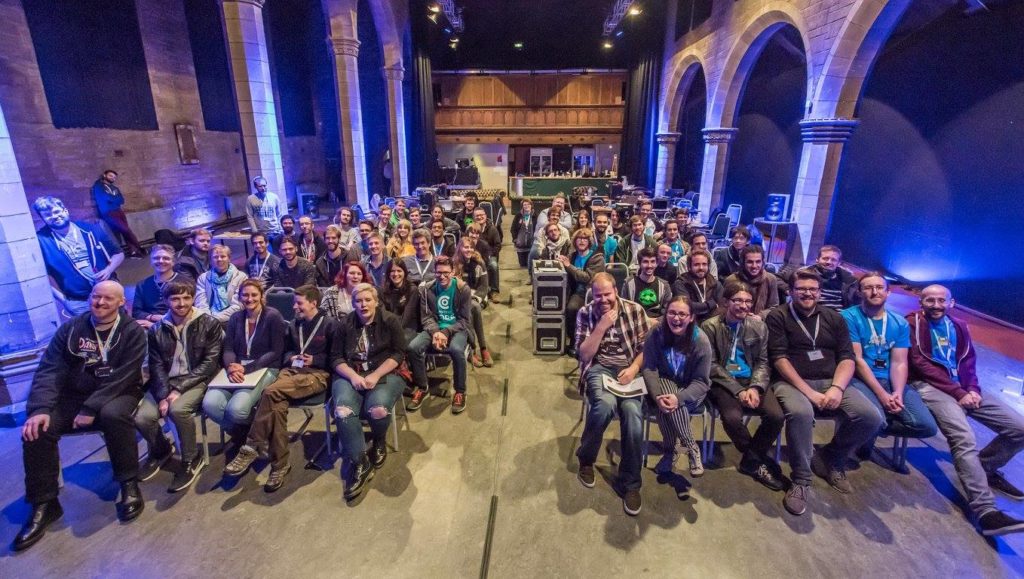 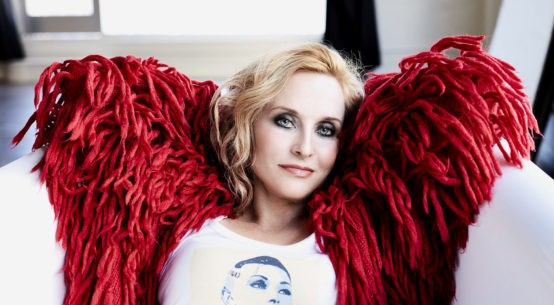