It’s been a long time since we attended any events and it’s worth addressing that EGX 2021 is happening during a pandemic so a lot of bigger developers’ presence is missing, where they would usually be big stands from Microsoft, Sony, Nintendo etc. The conference overall is much smaller than usual but we’re still thankful to get our hands on a variety of games and be impressed by lots of indie developers. There were also sadly no audio talks this year for us to cover, but hope to see them return next year.

A monochrome deep sea diver floated above a few computers on the corner of the Rezzed section. It immediately piqued my interest with a similar feel to games like Limbo. The game starts with the diver being chained down at the bottom of the ocean and the game leads us to possess other creatures by transferring our bright white life force into, a piranha in this case, to swim down and gnaw through the chain. The clattering of the fish teeth stand out sharply against the low end soundscape crafted by Nick Dymond. It sounds like it takes inspiration from Musique Conrete, the practice of working with raw recorded sounds, incorporating acousmatic sounds (the sounds heard not being linked to the original source material), so while the fish teeth are linked to this sound, it doesn’t sound like what you would expect fish teeth to sound like, and it’s a very powerful effect in this game given the surreal artistic style. Similarly high end clicks and almost glassy sounds fill the top of the frequency spectrum adding to the other wordly feeling, without taking away from the underwatery low pass throughout. Look forward to seeing and hearing more, one to watch! 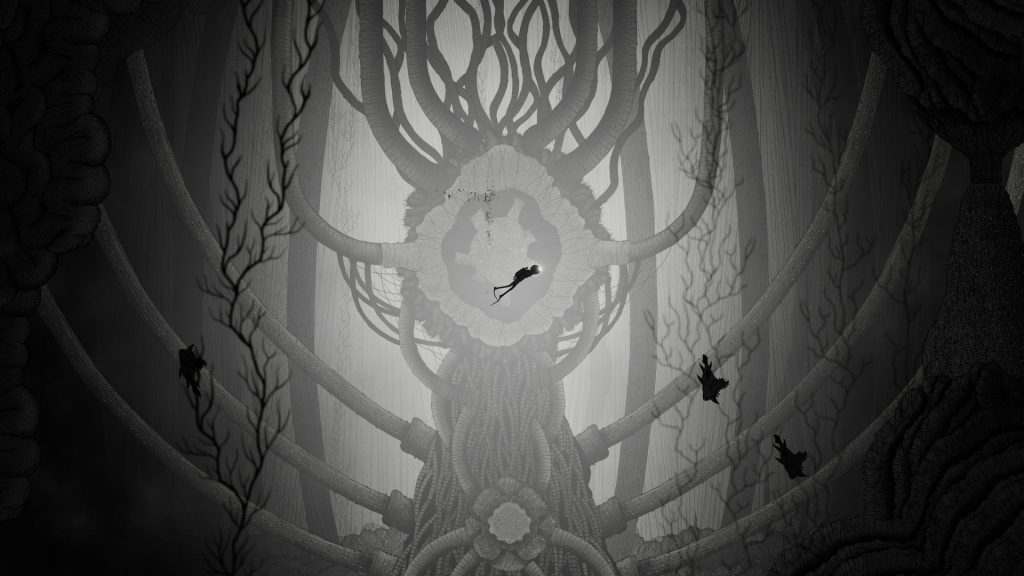 Although released last year Baldur’s Gate are regularly adding new content and building the game up and had one of the more impressive stands with a neon forest and huge statue of a Mind Flayer!

Upon starting up the demo there’s a lot of character creation that it’s easy to spend lots of time on. The voice options for all the different characters were fairly limited in the demo however it was nice that you could choose any gender voice for any character rather than being limited to male for male. There was also an amusing moment where even though I chose a female character I was called “Good Lad” by one of the NPCs (haha). The music uses a lot of vocals and choral aspects which really adds to the humanity of the any fantastical characters and blended with orchestral elements it can transition from big dramatic cutscenes to quieter string moments seamlessly. There’s nice sound design throughout, starting out with a waterfall gently splashing behind the character creation to bigger moments in battles and dragon roars in cutscenes. Sometimes it felt like the sound design could have been pushed higher in the mix but it generally sits well as fantastical audio with a grounding in reality. Dialogue is high quality and characters we come across have their own intricacies. The narration is also really well done, with a strong feel to Galadriel from The Lord of the Rings. The Player Character voice I chose was a bit lacking with the use of the exaggerated English/London accent, which I didn’t feel matched the setting or character much. The Goblin-Elf character however has a really nice performance blending elegance and power. Lastly the blending of two voices within the Brain Creature we encounter is very effective in blurring our decision about where they sit in the good/bad continuum and whether to spare their life or not. Overall the audio is a very polished and cohesive experience in a huge fantastical world! 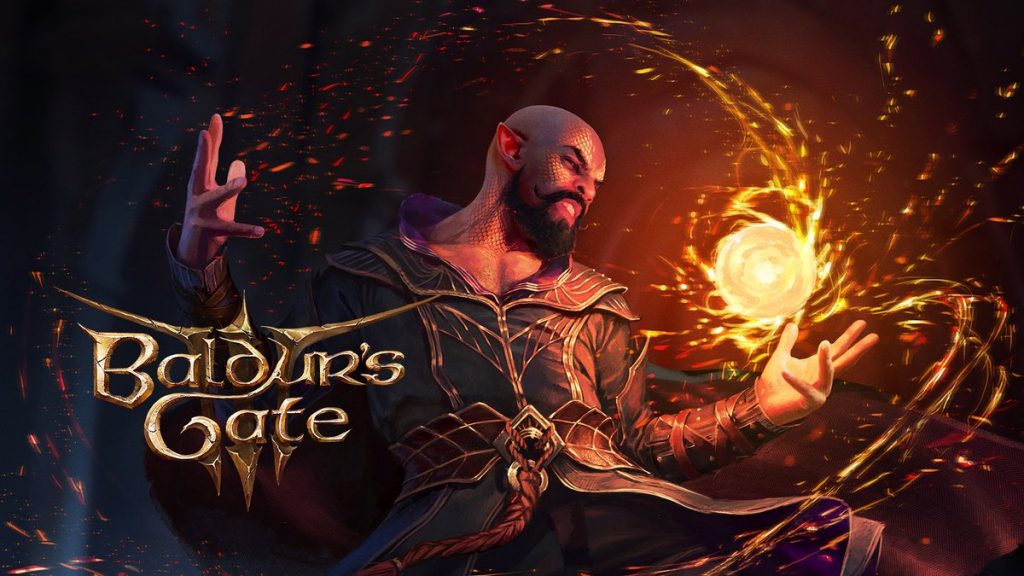 Growbot is a 2D point and click game, set in a “biopunk” environment, with beautiful illustrated scenes and characters. You play as a little robot working to repopulate a space station. One of the mechanics in the game is that you can collect the sounds of flowers and create melodies to rebuild nature. Jessica Fichot is the composer behind the game matching the beautiful illustrations with charming arrangements. The use of twinkly sounds such as glocks, underscored by a more mysterious layer of voices/pads effectively creates the other wordly feeling of being in space. Due for release very soon! 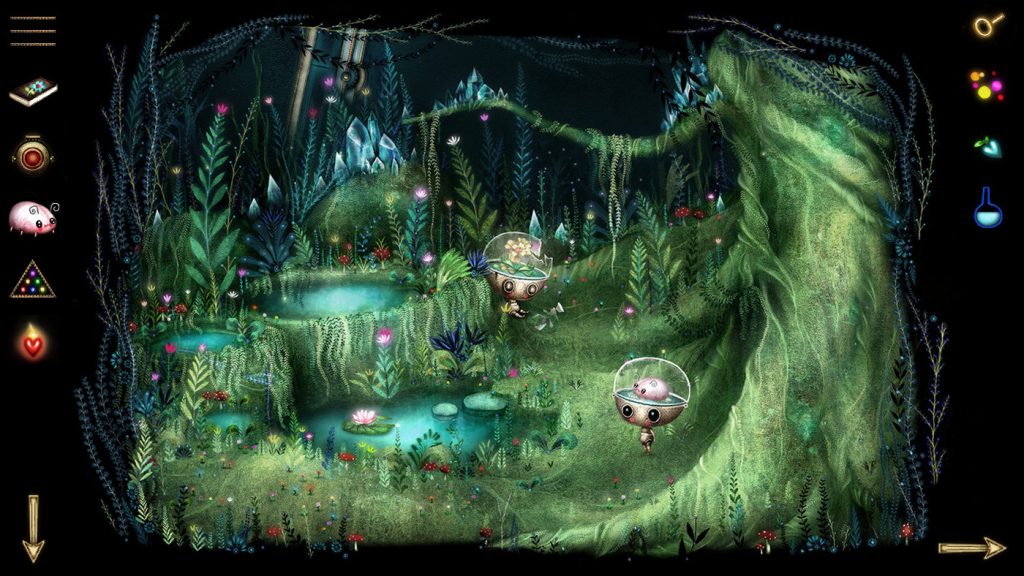 In this game you play as a lost soul trapped within the form of a wolf, in some kind of limbo, not being able to move on in death. You can also explore and inhabit other creatures like wombats and a family of ducks, to help solve puzzles. Born of a kickstarter this game has come a long way. Will Morton is the audio director for this game, with music by John Broomhall. The demo starts with piano melodies, supported by synths and then transforms into a piano and guitar creating a relaxed soundtrack (reminiscent of soundtracks of games like Flower) that builds you play. The dialogue is a tiny bit quiet in places and the performance of the main guide sometimes misses the mark a little, however for an indie game having dialogue is certainly appreciated overall. The sound design is nice with the babbling of streams nearby and the wolf splashing through waterfalls sounding nice, but a few material switches such as running through longer grass are perhaps not present in the demo. The games entire atmosphere however comes together well and the music carries us through the emotive journey and shapes that experience. 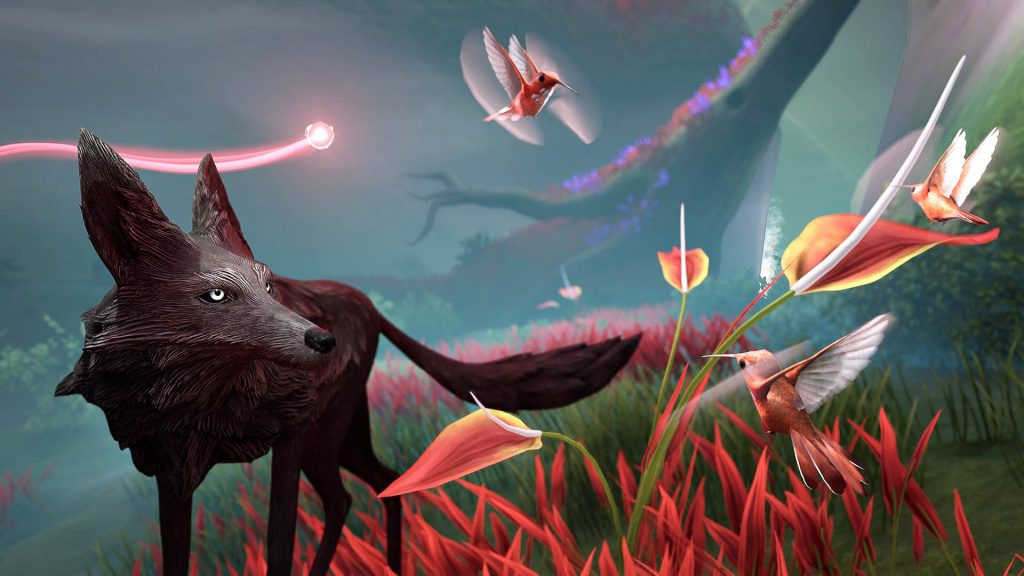 Harp Song takes us on a journey through Irish mythology with the goal to generate interest in traditional folklore and present these stories to players through gameplay. Irish voice actors introduce the stories through cut scenes and once the game begins there is heavy focus on narrative and dialogue throughout. The atmosphere is built up by sound designer Jonas Bratli Grannes through waterfalls and bird song, with gentle folk music, composed by Noa Margalit, playing as we explore the forest. On occasion the dialogue could have been less “3D” as the camera motion in cut scenes means dialogue volume gets reduced as it moves, however for a game that has been developed in 8 months by NFTS students it’s impressive. 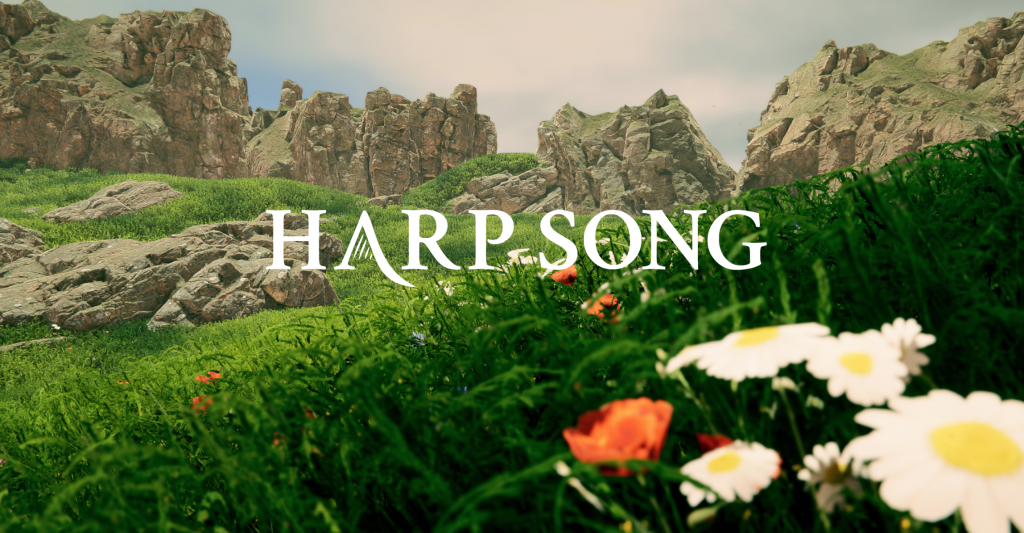 Hook Up is a game best suited to phones or ipads as it uses a similar mechanic to games like Lost Phone and Bury Me, My Love, however the interesting thing is that it utilises audio very differently. The player can interact with other people via a dating app, set up their own profile etc and trigger cut scenes that are flashbacks of the protagonist Alex’s previous experiences with one of the men they are talking to. The voice acting is good at telling a story of a teenage crush with a darker undertone. The actor does a good job of communicating that bravado yet naivety of a teenage girls story. The music was also very chill, unobtrusive and nicely suited to the genre and gameplay. 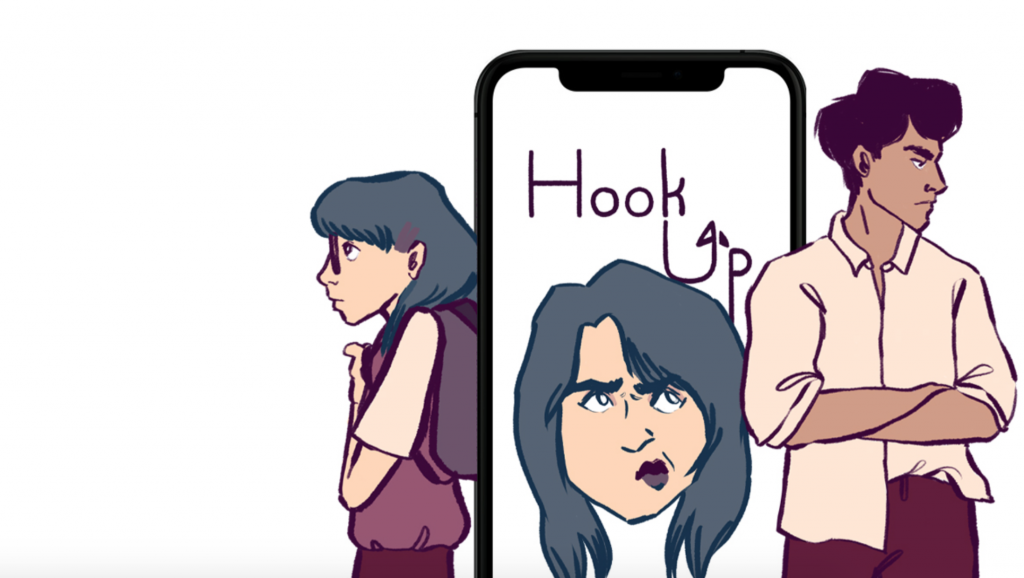 With a story about a terminally ill single Mum and her last month spent with her young son Mitch, there’s a big emotional narrative, with actors needed to tell it well. The actors all recorded during the pandemic but the developer managed to get some voice actors together (socially distanced) so they could play off each other and get a really authentic interaction. It’s something a lot of developers don’t do enough (even before covid). The game is set in the 60s in South America, and accompanied by an indie rock soundtrack that hits the vibrancy of spaces like The Diner where the game starts and then tones down into more atmospheric distorted guitar, transitioning into a more ambient soundscapey vibe for more emotional moments. Your decisions throughout the game influence Mitch, so it will be really interesting to see how this game turns out! 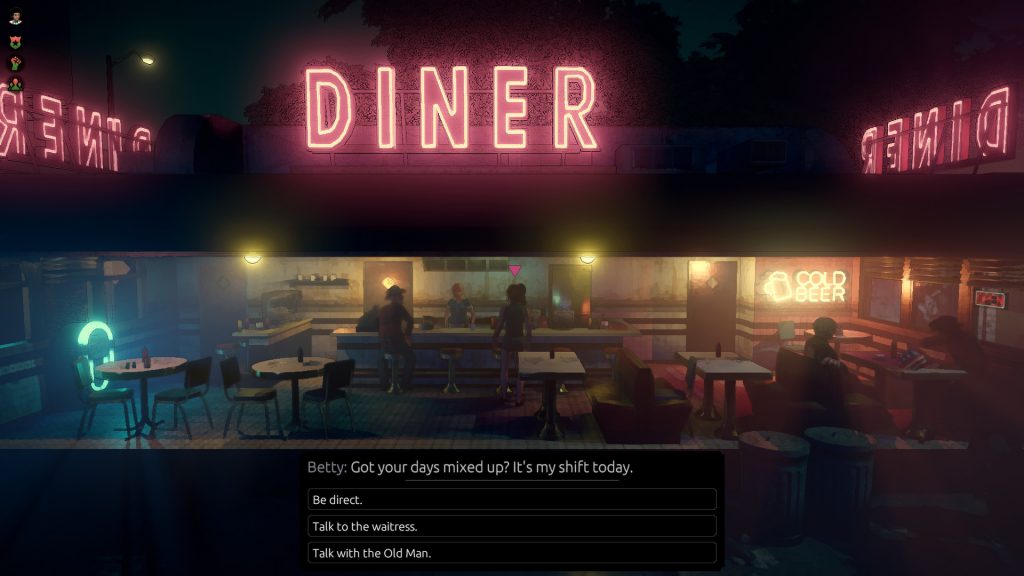 There’s tonnes of lovely games to look forward to, promising to sound great. It’s so inspiring seeing so many different games, using different approaches, styles and techniques in one place and although for now EGX Rezzed is gone, there will be 2 big EGX events, one in Birmingham and one in London to look forward to next year! 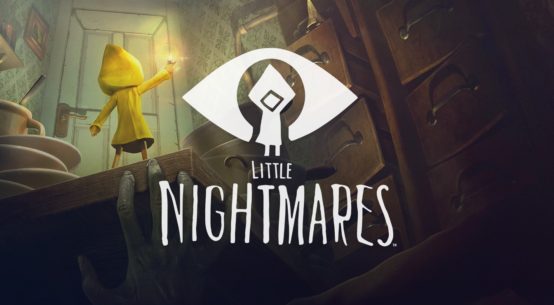