Skip to content
You are here
Home > Blog > Everybody’s Gone!: The Sound of Silence 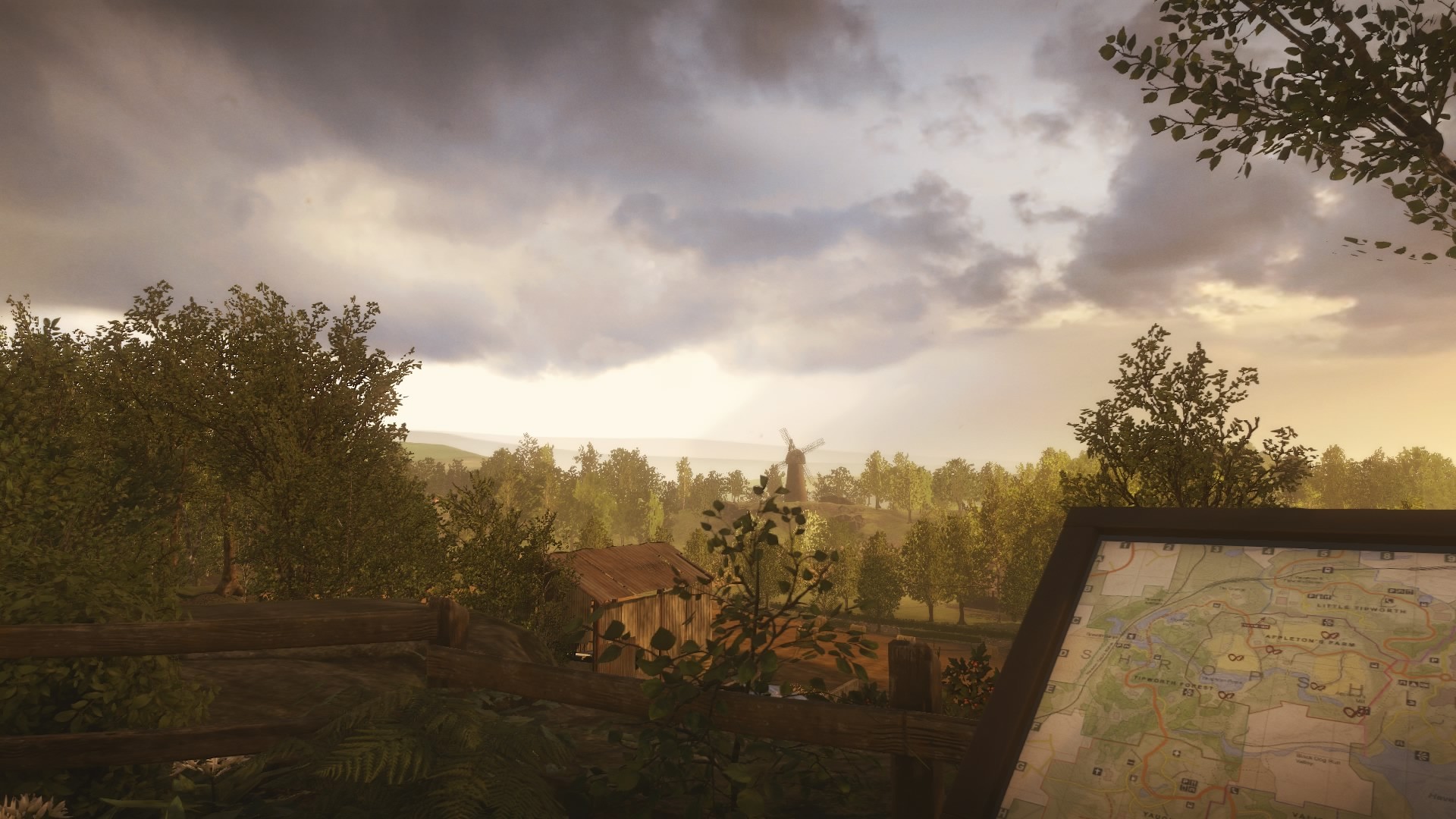 I wasn’t actually intending on doing an audio review of this game to begin with. I had just heard a ton about it and after following Jessica Curry and The Chinese Room’s developments since Game Music Connect 2014, so I had to give it a go.

Now normally, I could tell you that I’d just played an action, puzzle, shooter, RPG and so on, type of game. Not this time…

It’s hard to define the game’s genre based on the usual games I play. I will call it an emotional and explorative experience. That’s how best to sum it up.

Maybe I can coin the phrase “Triple E” game?

The game begins where you appear on the outskirts of an English country village in Shropshire and as the title explains; everyone has gone to the rapture! Your aim in the game is to discover the reasoning behind the disappearance of everyone whilst discovering their own storylines and backgrounds.

That’s where I stop my description. A few of my friends, based on seeing me stream via Twitch or commenting on social media, have asked me to describe the game to them and I simply cannot. It’s worlds apart from the usual gaming experiences I have, so I simply suggest you to try it yourself. Bear in mind, I did plough through the other five playthroughs. My initial experience lasted a good four hours of solid fun. Worth the price tag of £15 on the PSN store? I leave that to your judgement. But I can honestly say it was money well spent! 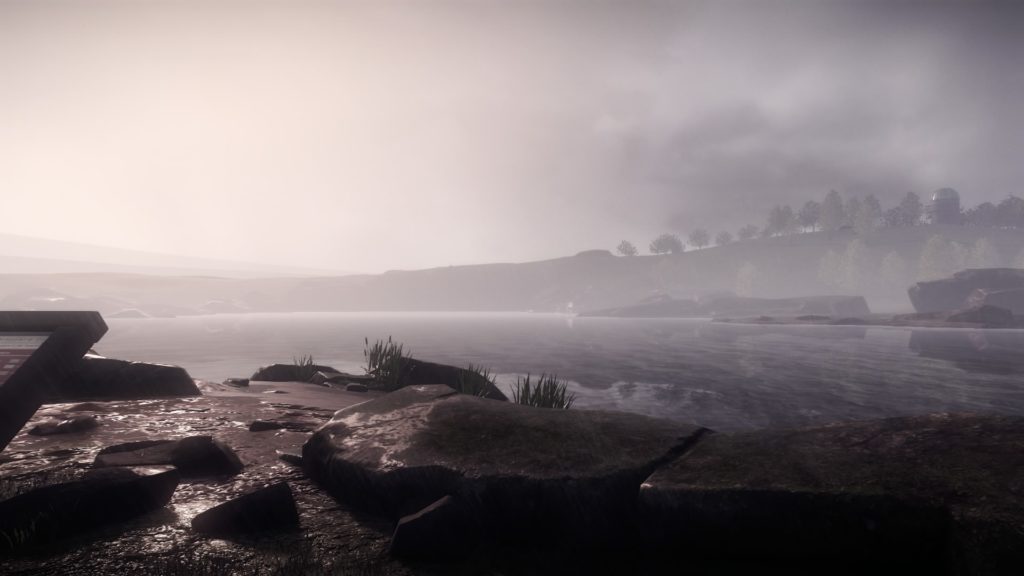 Sound: Footsteps are my only friend

Appearing in Shropshire, you soon become accustomed to the fact that sounds are going to be your only true friend on your short, but interesting, journey. EGTTR has served the soundscape well.

The Audio Designer at The Chinese Room, is Adam Hay and after hearing his sound design I can say bravo!

As I stated in my live streams, this setting brings so many warm memories to me. Growing up in a large city, it was always a ‘treat’ to go visit family in the country at their farms in villages and such. This game’s sound captures the essence of what it felt like when I was young all over again.

There is a great attention to detail with ambient sounds such as wind, bird calls, water flowing etc. You can even hear the multiple breeds of birds in the ambience which sit very well in the overall mix.

When I started my stream I purposely left my controller inactive to just listen to the ambience, get a feel for any repetition or patterns. Based on the randomness, (possibly generated in a toggleable manner in Cryengine), it was spot on! The random fades, swells and filters of each ambient sound felt like it was created just for that moment I was stood. Only being disturbed ever so slightly by the introduction of the soundtrack as the midday sun came to pass. A beautiful touch.

I did notice at some points that the wind may have come in at sporadic times when trees in the main foreground weren’t as actively swaying and that the sounds for door openings/attempts were elongated even when walking away from the object, but that’s nothing to deter you from enjoying the experience. Being completely honest, you only notice these slight imperfections when purposely looking for them. Without nit-picking too much, I wanted to give myself a clear and unbiased opinion.

The interactive audio has been implemented with brilliant detail. Audio trigger points are accurate according to camera positioning and the dialogue flows when panning around without any harsh movement.

Speaking of dialogue, the voice acting sounded on point and not ‘forced’ like some British voices are in multinational top-selling games. I assumed that with the publicity of the game there may have been a more western-friendly arc to the dialogue, but as a Brit, it still sounded genuine. The voices didn’t sound as common with as much slang from the area of the UK it is based, but that’s not to be sniffed at. Hearing proper English cursing like ‘bugger’ and ‘bastard’ actually pronounced correctly was fun to hear and be immersed in.

Footstep sounds resemble very clearly the area you are walking along without the need to place them too high in the mix. They are subtle and based on the amount of walking you do, it does not tire on the ears. 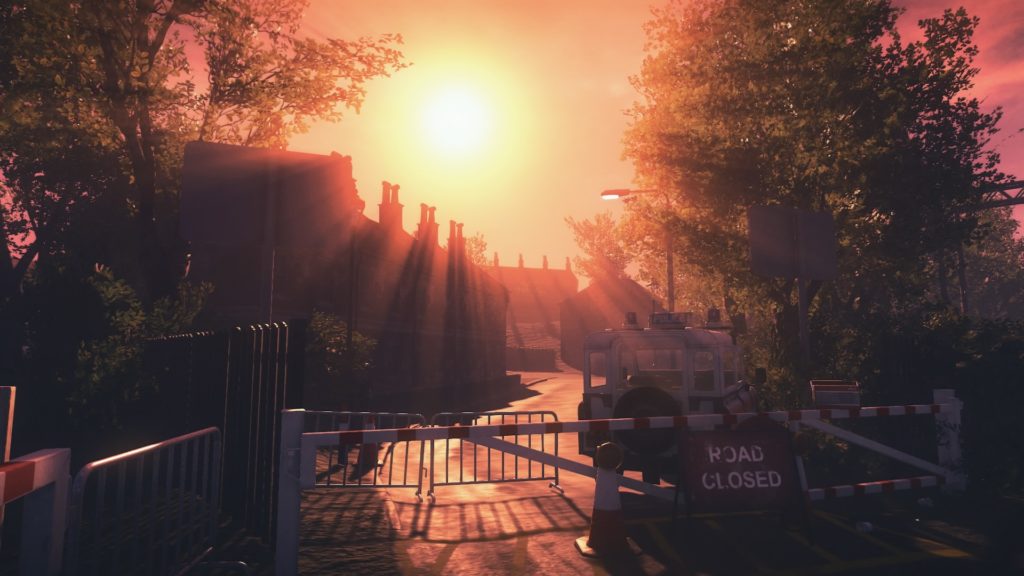 Music: An empty world, with a beautiful sound

Firstly… A complete lack of percussion, and it’s so refreshing! I’m always hearing ‘epic’ music and big brass swells filled with huge percussive elements. Which, to be fair, I’m guilty as sin for using to try and beef up my own music. However here, it’s welcoming and sits perfectly in this deserted environment.

Jessica’s subtle string sections, winds and solo vocals are a near-perfect narration to this adventure. Music comes in at key moments in the game when ending chapters, moving to the next area and so on. Indicating a somewhat conclusion to the storyline you’ve just experienced and moving to the next. It’s a sadness that flows to the ears but not a depressing one. More of an ‘I accept this world, I accept this fate’ sadness. Comforting and final.

Curry’s score goes to prove that minimalistic scores such as EGTTR, among other big-selling independent games from previous years have a huge place sat alongside the AAA big guns.

I particularly enjoyed the four-chord upwards progression leading into and out of Stephen’s chapter. The final moments of the game as the music swells, I must admit, also had my tear ducts swelling too.

I have been privileged to be able to listen to this in it’s entirety recently and can safely say it’s going to be staying with me for a LONG time. It’s a score that bring you back down to earth and the basics of how beautiful music can be, even without all the bells, whistles and risers. 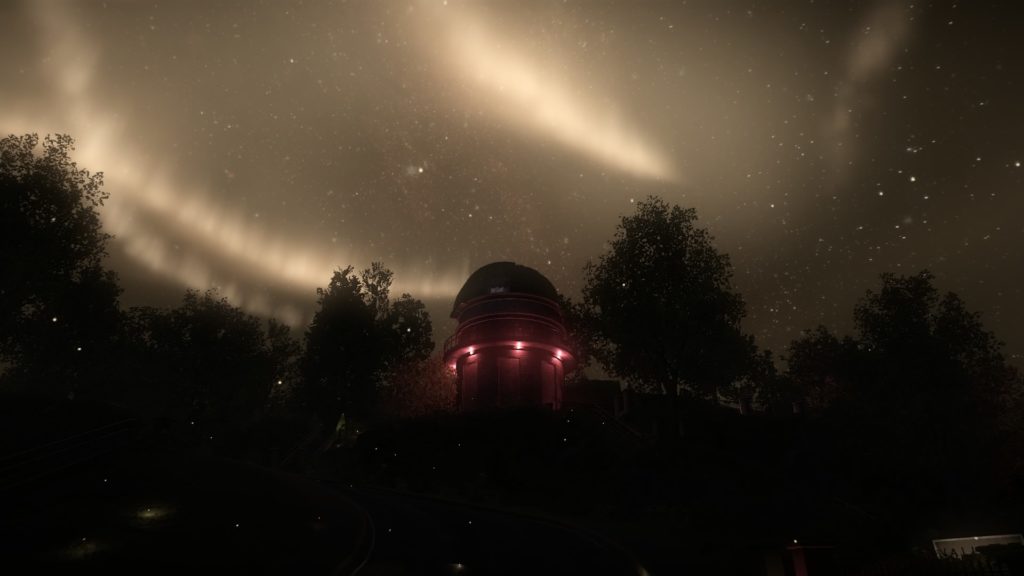 I want more! I want more of this story, maybe to experience the story from the side of a larger town or city. The story ended beautifully, (that poor dog!) but I’m quite thirsty to continue discovering more about this ominous event. I also want to find this elusive pub where pints are only 50p!

An immersive soundscape, filled with beautiful imagery and a score that melts the heart, Everybody’s Gone to the Rapture is the little gem of 2015 that I would recommend anyone to at least attempt to learn of what happened to Stephen, Lizzie, Amanda and the rest of the Shropshire residents as they experience literally a once-in-a-lifetime event.

Everybody’s Gone to the Rapture 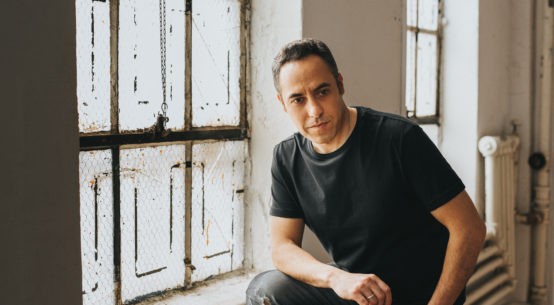