For 20 of the last near-on 30 years of it’s franchise’s life I’ve been a huge Final Fantasy fan. From spending a large portion of my gaming life enthralled in it’s wonderful worlds and intricate and thoughtful stories, to creating bonds of friendship and an overwhelming love for video game music. It’s been a considerably large portion of my life, which brings me to Final Fantasy XV. The immensely huge J-RPG series has reached it’s 15th new instalment (not counting spin-off and sequels and such) and I have been anticipating this day for the best part of 10 years. Since 2006 brought us a sneak peek of what to expect, me and many other FF fans have eagerly awaited XV’s arrival. Seeing dev videos over the years, teasing with new hardware available, and given the difficulties its original title (Final Fantasy Versus XIII) was experiencing through development, the up-scaled ambitions the team had for the game more than warranted the wait. Square Enix (SE) in the past have shown us before that a little patience and a short wait can make great things happen to a game in development, (search the internet for the widely popular MMORPG Final Fantasy XIV: A Realm Reborn). 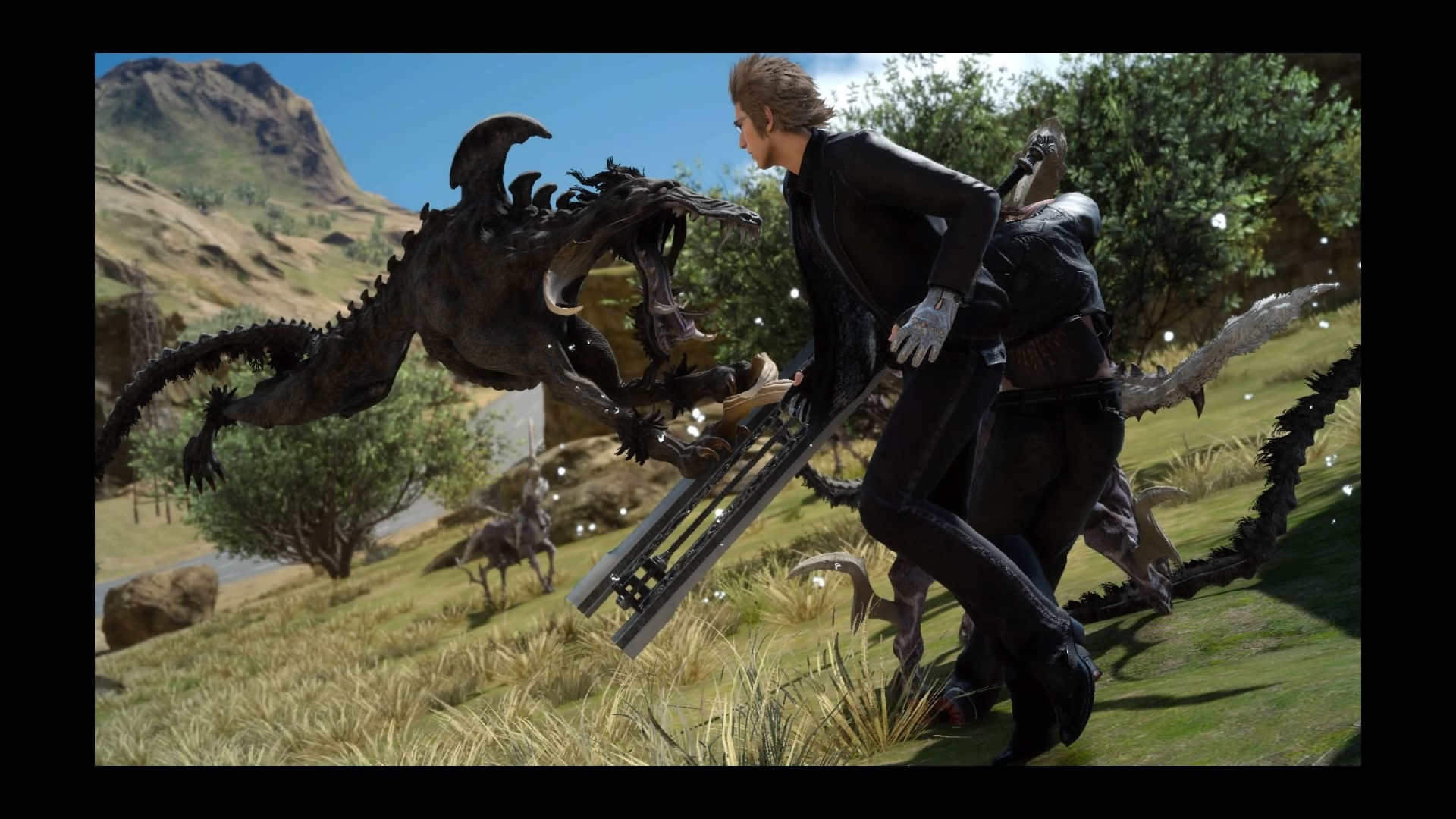 Looking back not-too-far you’ll remember our staff-writer Katie Tarrant reviewed the event at Abbey Road Studios, where composer, Yoko Shimomura, alongside the London Philharmonic Orchestra, previewed a selection of music from the game as part of a promotional campaign to bring more interest to FFXV and something extra for the fans. You can catch-up on Katie’s review HERE. 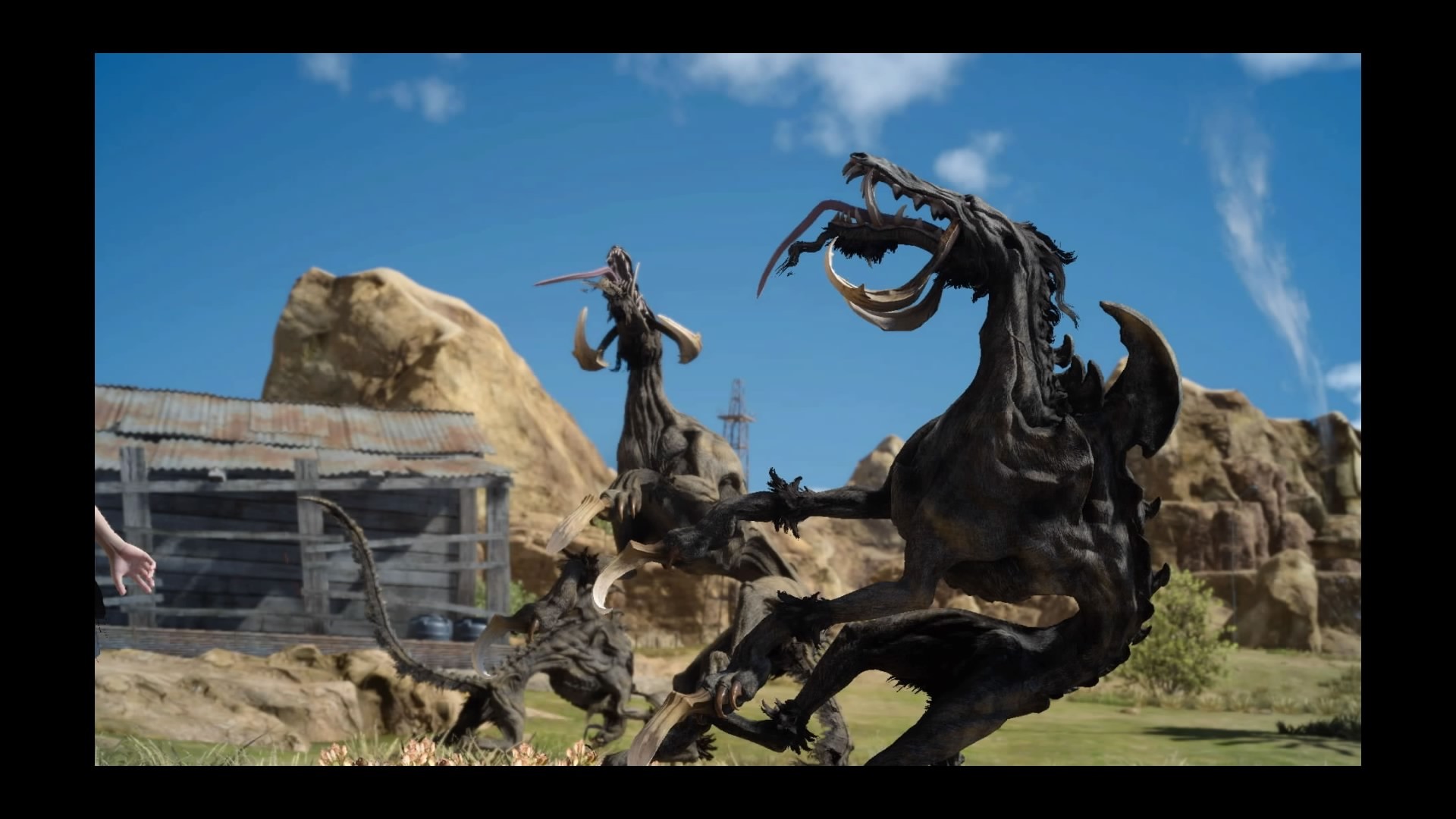 Back to the game, set in a largely open world of Eos, you find yourself in control of the main protagonist, Noctis Lucis Caelum (Noct), heir to the Lucian throne, launched into a fray when the empire of Niflheim attempts to seize control of it’s city. Accompanied by his companions on the road, Gladiolus, Ignis and Prompto, Noct embarks on an adventure to reclaim what is rightfully his and restore peace to his home. No surprises in terms of the storyline (albeit so far I’m only around 25 hours into a very steady session) when it comes to Final Fantasy games. Young, slightly moody protagonist attempts to find his way whilst saving the world kinda thing. It is very engaging though and the camaraderie between the four main heroes on their journey is convincing and has you somewhat attached to them.

Let’s discuss the audio. Bear in mind, nearly 10 years of development have passed to bring XV to the fans which would warrant plenty of time to fine-tune and perfect as much as they could in terms of audio. I’ve obviously been biased going into this review due to my love for the franchise, so I had very high expectations for this release. 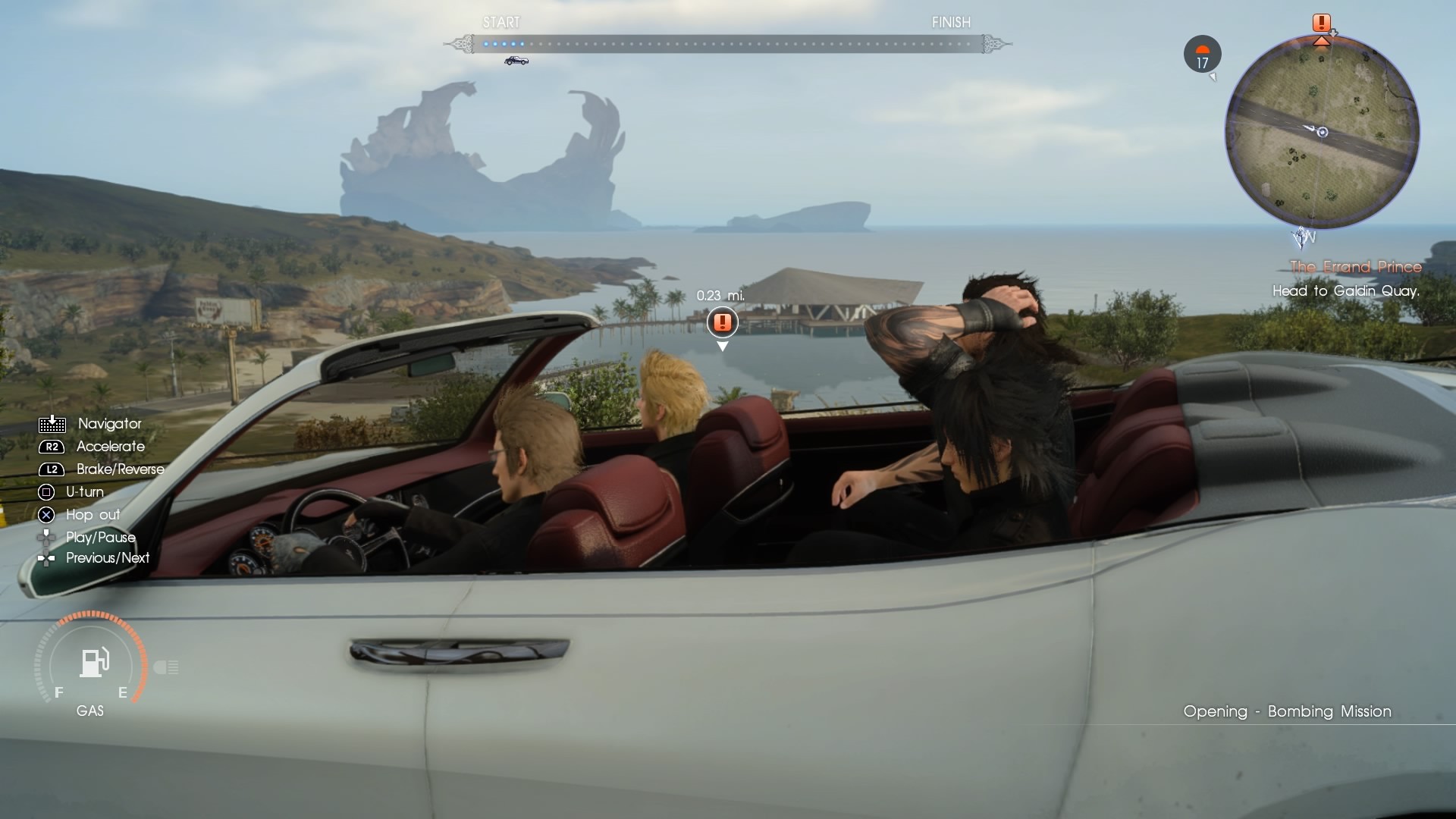 I’ve been a Yoko Shimomura fan for many years now, from Parasite Eve to the Kingdom Hearts series and everything in between, I’ve always been emotionally engaged with her music. She writes as if every bar is a new beginning or chapter to her story. Unlike Nobuo Uematsu (whom is my favourite composer of all time bar none) who occasionally repeats similar phrases to emphasise their presence, Yoko seems to write something fresh that isn’t repetitive. This may come as a different approach to scoring videogames, as some air of familiarity is often required to not draw the player away from their immersion whilst remaining engaged with the gameplay. Shimomura adds a flavour of character without breaking that wall of immersion. A very heavy piano-led soundtrack accompanies you on your journey, which is quite fitting to say your characters are somewhat lonesome on their travels, being replaced by a solo violin to announce the arrival of a battle. Themes are already getting stuck in my head even after a (comparative to other FFs) brief amount of playtime.

Speaking of battles, one concern I did have was the detection of creatures in a specific zone. On some occasions I had noticed that that even with enemies still within fighting vicinity of my party, the music would fade in and out and even restart without a clear transition. This was only a small handful of occasions and as we know, SE have been working hard to implement patches and fixes for certain minor gameplay bugs since day one. This may only have been temporary.

Without spoiling too much, one thing, as an avid FF fan for many years, is the inclusion of the media player in the Regalia, the car which our heroes travel in. You are able to purchase additional selections of OSTs from previous FF games to play whilst on the road. I cannot tell you the excitement I had when Crazy Motorcycle was blasting away whilst bombing down the road to my next hunt mission. As a standalone soundtrack, Final Fantasy offers a warm, daring and exciting palette of music to accompany you on your journey in Eos. Bravo Yoko! 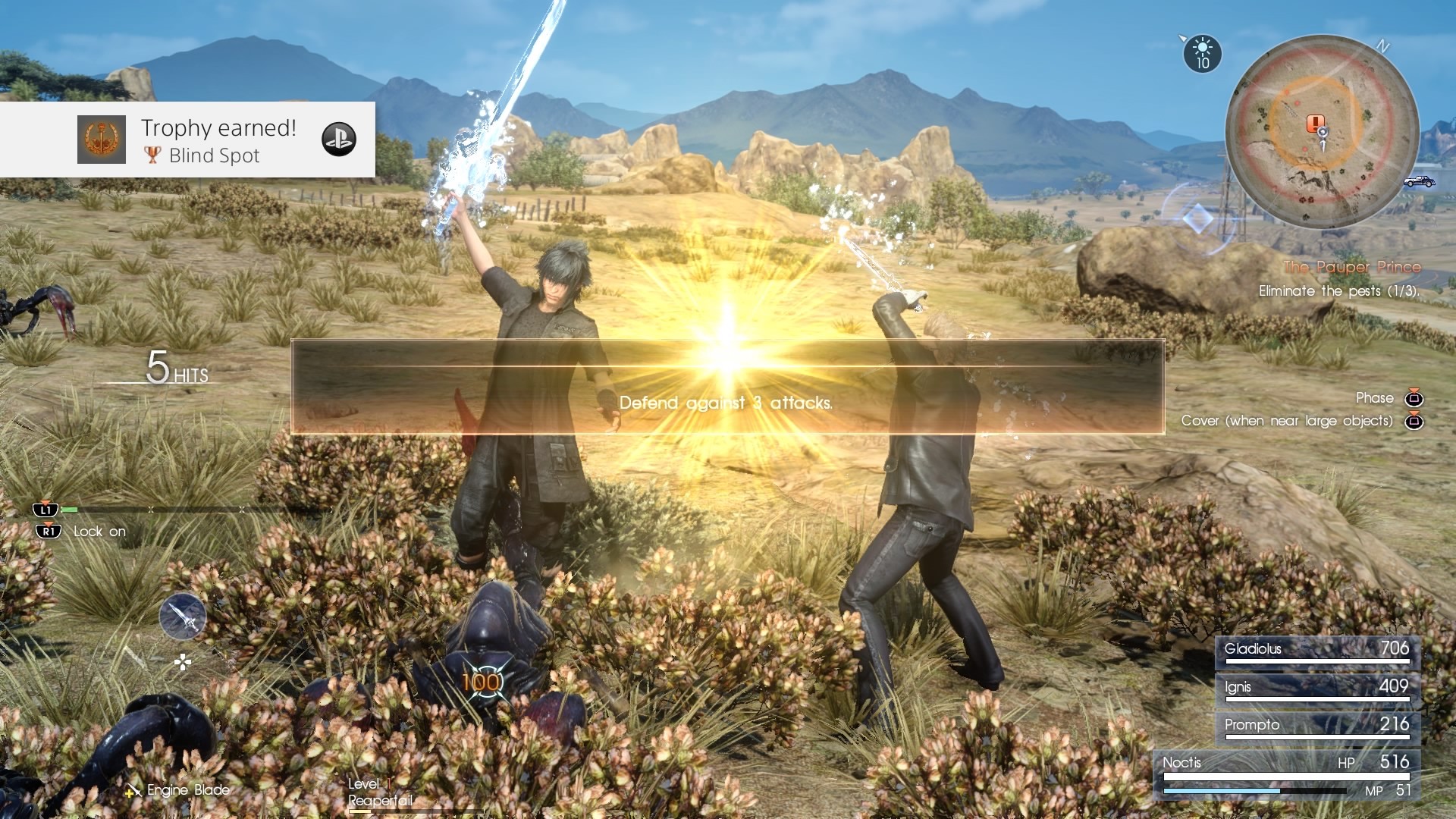 Here’s an area I had some issues with, but first let’s look at the positives. The HUD and reward sounds seem very satisfying and appropriate for their setting. They don’t seem out of place or unsettling to the ear and not once have I had to alter the sfx volume in the game.

Nothing seems too repetitive aside from some battle sounds, but that’s compensated by the fact you probably attack much more than you would say, open the party menu.

I have unfortunately not ridden a Chocobo yet so I simply can’t comment. However in early demo footage I did notice footsteps seemed very repetitive. This could have been patched.

The Regalia is a beast of a machine, and the first time we have really driven a car with what seems to be a standard internal combustion engine in a Final Fantasy game. Bar renting a vehicle in Final Fantasy VIII, this is the first real occurrence of driving such a vehicle. Considering you can spend a lot of time driving I noticed there was an amount of realism missing from the sound of the engine. I expected an almighty roar from underneath the hood and it felt a bit anti-climatic. I wasn’t convinced with the gearbox either. This did not deter me from enjoying my trips. I was too far taken aback by luscious scenery and the amazing music from the radio of older Final Fantasy series soundtracks. 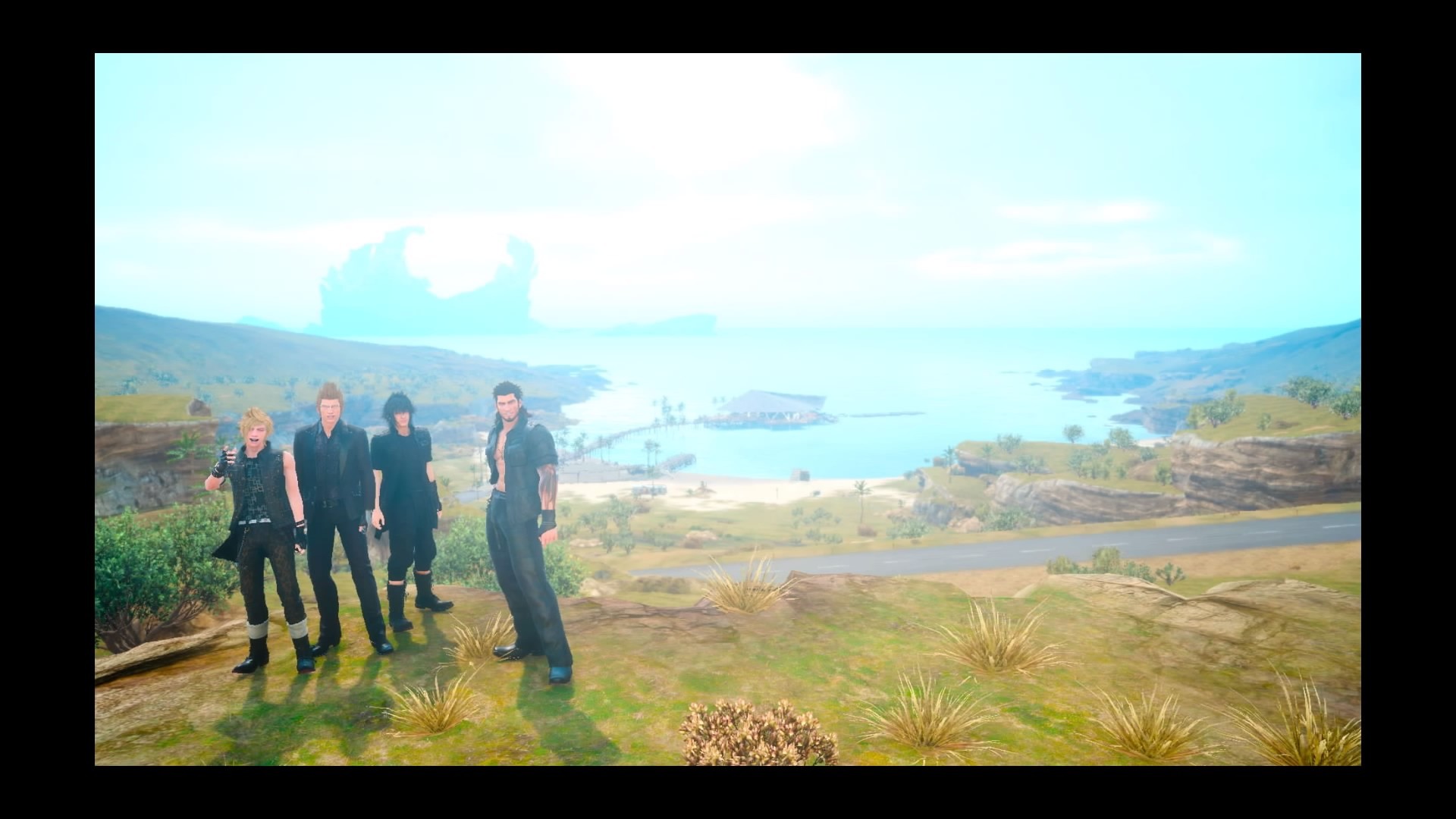 I watched Kingsglaive two days before my press copy of FFXV arrived and I was very impressed with how the VO was delivered. Lena Headey, Sean Bean and Aaron Paul all offered convincing and emotive voices in the film. Aside from popular familiarity, the cast leading the story in the game itself have done a brilliant job. Delivery has been so far convincing and unlike what I expected. Ray Chase and Amy Shiels as the two destined marriage partners have offered a brilliant performance without sounding too over-expressive. Chris Parson, Adam Croasdell and Robbie Daymond have acted as accepting and worthy candidates to accompany you on your journey as Gladiolus, Ignis and Prompto respectively. Nothing has come across too annoying or out of place.

That being said, the actual implementation of the dialogue has been somewhat irritating. Sometimes having a large repetition of certain phrases when out on the road, spotting particular enemies or when in battle. I found myself predicting the moments phrases would appear based on their frequency. I would have expected a much larger pool or random phrases and mini-conversation to be available to the player’s experience. Given that in my own personal experience, 80-120 hours playing a FF is pretty much a standard save game for me when collecting everything, but hearing the same phrases in battle when low on HP or performing a group attack may grind on me slightly as it has done for only 25 hours.

I love Final Fantasy XV. I truly do. Finally I can experience the series I love in a beautiful, crisp visual representation as well as a near-on perfect musical experience to accompany my next huge journey. The small niggles I have had with the audio do not change the fact that I love this game. Within no time I have engaged with the characters, immersed myself in the story and looking forward to each and every challenge without feeling like it’s a chore.

I am not 100% on the limitation the dev team has had in terms of the audio implementation, but I’m sure there’s a very good reason for the amount of repetitive dialogue which, if I’m honest, I can’t be overly picky about. Constant dialogue in a game of this size cannot be an easy feat to achieve. I still pat them hugely on the back for their efforts. 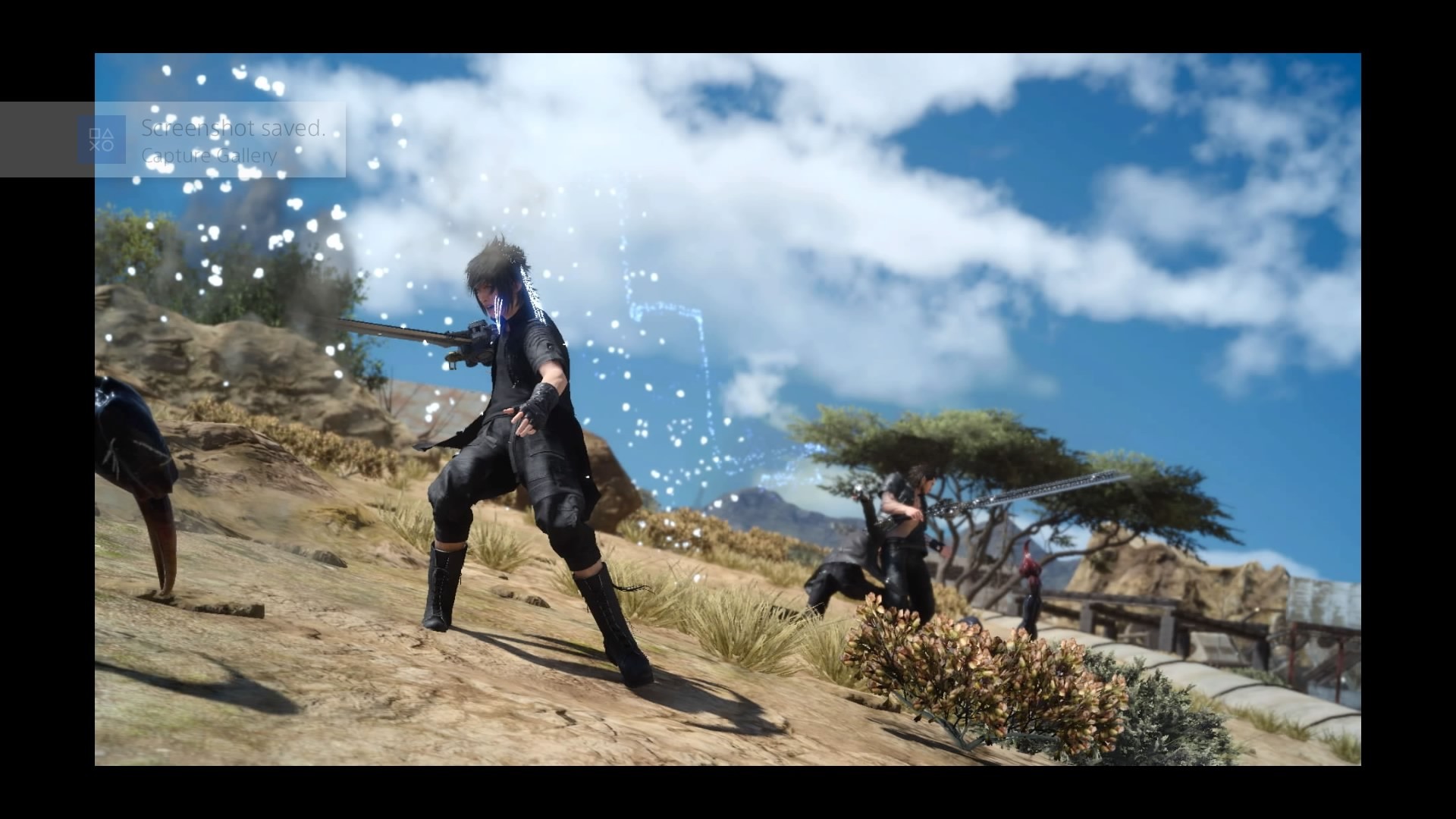 I would recommend watching the prologue to the game in the form of Kingsglaive, to at least understand a little about the plot, however the game itself unfolds more and more of the back-story over time.

Now, thanks to my FF addiction, I’ll see you at the Platinum trophy line! 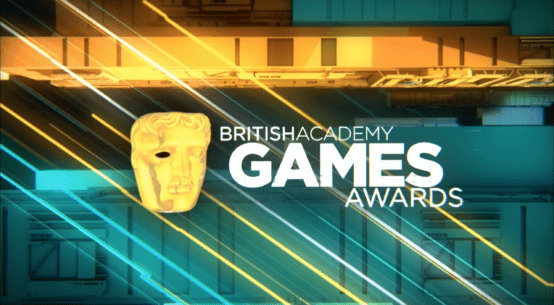 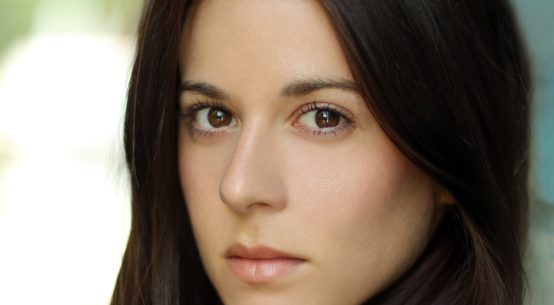