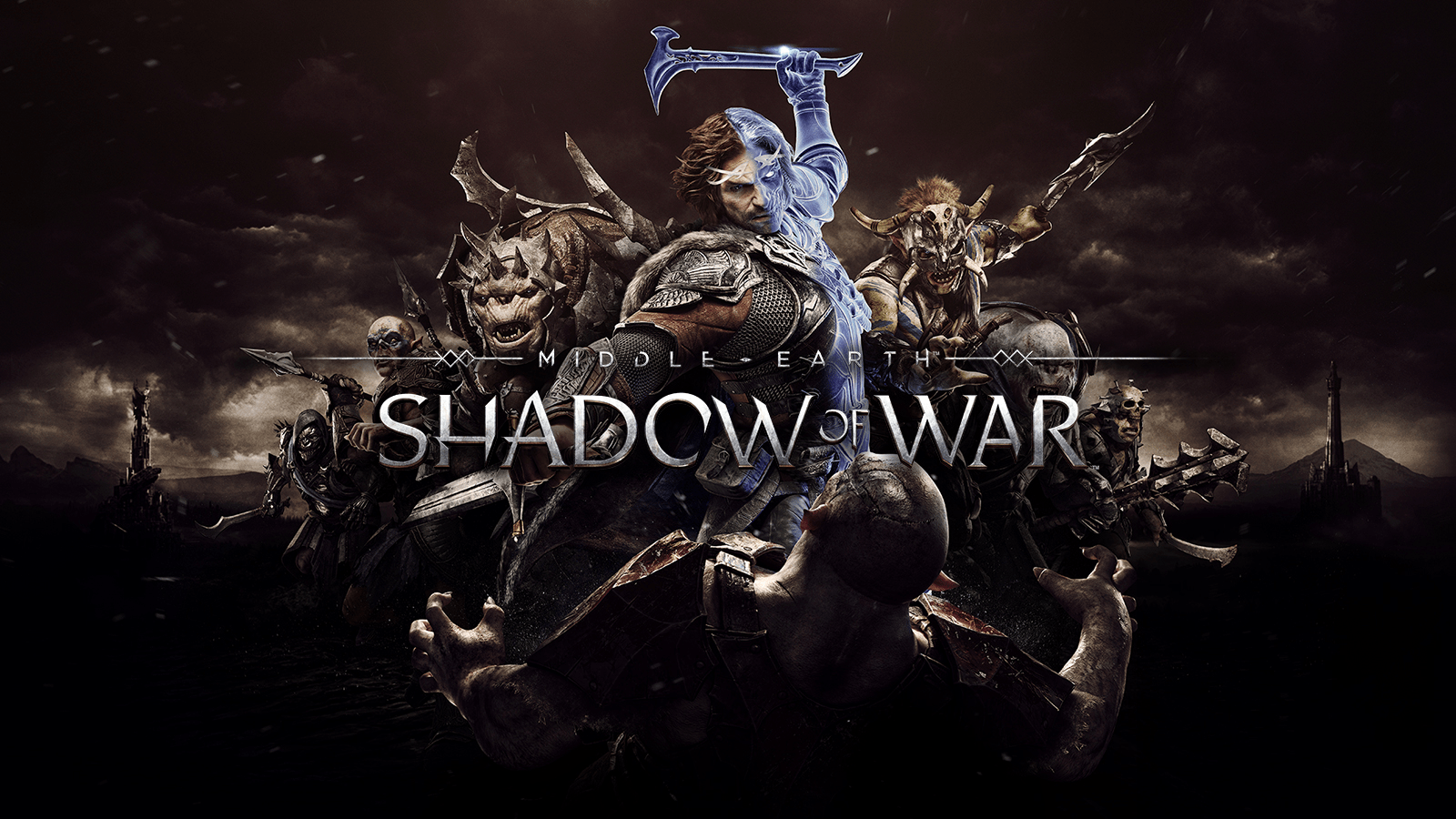 3 years after the success of Shadow of Mordor, we finally return to Middle Earth and reunite with Talion and his unbreakable bond to Celebrimbor. If Mordor seems much bigger than you remember it, that’s because it is. Shadow of War amps up a few levels to give us a truly vast open world experience. The nemesis system is back but with more beasties such as Olog-Hai and Trolls joining the ranks. Cirith Ungol and Minas Morgul are the main regions most fans would recognise and can now explore to their hearts content, while battling the Nazgul, Dragons and Balrogs!

Soon after release, a few audio bugs were reported with some cutscenes not playing audio and added noise in some places, as well as playing back at a faster speed than it should for some players, however these problems seem to have been fixed with subsequent updates.

Shadow of Mordor felt much darker and moody than the new Shadow of War soundtrack. The original game focuses much more on the emotional turmoil within Talion with his family slaughtered and a quest for revenge. It’s hard to forget the haunting strings, low vocals and ghostly drones of the original game. The difference in menu theme (often the first thing we encounter) is pretty apparent. The brooding darkness of Mordor has been swapped for a more positive mood and some staccato strings. The main melody line does still feature the high overtone alongside the violin theme but it feels very different.

For fans of the films, there’s not much similarity as the studio asked for a fresh sound. The only comparison is that they are both orchestral works.

Once you get back inside the game it feels much closer to the tense, impending doom kind of feeling present in the original title, with choral parts and low register piano notes, it’s much more of a slowly evolving soundscape rather than a piece of music. This suits the game far more appropriately.

Garry Schyman is a master of unnverving music with his work on the Bioshock series and he returned along with Nathan Grigg to score Shadow of War. It was a truly massive undertaking, with two full weeks of recording required where Schyman conducted the Seattle Symphony Orchestra.

I wrote over two and half hours of music in partnership with my friend Nathan Grigg (advanced composer at Monolith Games, the studio responsible for Shadow of War and Mordor).” – Garry Schyman

It’s difficult with such a big title to get a good balance of music, sound design, and voice over. Sometimes there is a little too much going on. With a game where players are spending upwards of 24 hours just to complete the main quest, it would be a mammoth task to have music throughout the entire experience. The studio uses Wwise to implement their audio, so this means they can get more mileage out of music recorded in stems, however music can be playing while we’re exploring the world, and it’s not always necessary when we have wooshes, roars, rustling and conversations all going on around us.

Our original static weapons from Shadow of Mordor are gone, replaced by customisable swords, daggers, bows, cloaks and armour, that we can switch out and upgrade, as well as collect “legendary” sets throughout the world. Although they are all slightly different and upgradable, they don’t sound or look wildly different.

We have a few extra wraith powers, thanks to Celebrimbor. This means our wooshes and jumps sound pretty ghostly and superhuman, helping us to really feel our power and stealth as we free run up castle walls and towers. We also have the new weapon of the Spectral Glaive, where we can unleash a heavy sweeping attack, knocking all surrounding foes to the ground. This has a really nice ghostly, cutting sound to it, that still feels heavy and impactful every time we unleash it.

The absolute coolest feature of Shadow of War is the increase in creature and beasts we can encounter. Previously they were orcs, uruk-hai, caragors and the odd graug, whereas now there are also trolls, ghuls, balrogs and most importantly… dragons!!! Not only are there dragons, they are also a creature that we can dominate, meaning we can fly around the map from the back of a dragon. The dragon sounds as you would expect a dragon to sound, the kind of roars and screeches typical of big beasts but with the added blend of Witch King screams. 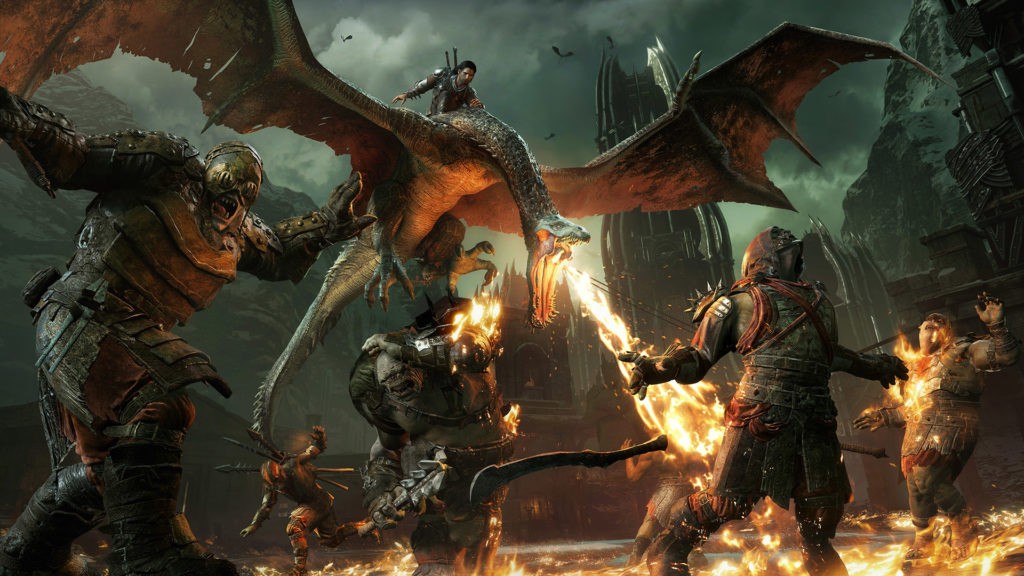 This franchise is one that really makes use of the playstation controller speaker. Many games don’t really utilise its existence and it’s definitely one of the best ways of breaking the “fourth wall” between the game and your room by placing sounds right up close. We get random environmental items crossing that boundary, such as the crackling of a fire, but Celebrimbor and Shelob also feature fairly prominently, in close proximity for much of the game.

Technically in the original The Lord of The Rings books by J.R.R. Tolkien, orcs and uruk-hai would mostly speak “Black Speech”, as a unifying language created by Sauron for all his servants. This trend is followed in The Hobbit film franchise where orcs/uruk speech would be subtitled, however The Lord of the Rings film trilogy are more liberal and have some slaves of Sauron that can indeed speak in the “common tongue”. Shadow of Mordor had some passages of speech but they’ve really gone all out for Shadow or War, with so many different personalities, accents and opening speeches when war chiefs spot you that it feels like they really know you. Orcs can remember all their encounters with you so if you previously fleed from a fight with them or fought in a certain way, eg. stealthily, or particular special moves, they remember and might tease you about or say something like “You tried that last time, don’t think I’ve forgotten”.

With the orcs/uruk hai’s closeness to humanity, it actually makes it increasingly hard to be cruel to them. They have such striking personalities and conversation with you, it’s actually a shame to kill them. In Shadow of Mordor we only did what was necessary, whereas now, because there are huge battles and essentially war (as the title suggests), we have to kill, brutalise and dominate a lot of them in order to succeed in the game. They do scream in pain and look pretty terrified as Celebrimbor shouts “Suffer me now!” while destroying their mind and gaining intel.

There’s better writing in this latest instalment and stronger characters, the team have definitely improved almost everything from the original game. Shelob is a really interesting new character. For fans familiar with Middle Earth myhtology, Shelob is most definitely a spider (a Great Spider to be exact), however for Shadow of War, the writes have taken the bold decision to personify her as a spirit that can choose her form, be it spider, or scantily clad lady. Pollyanna McIntosh brings Shelob to life and portrays her as dark and mysterious, but not completely evil either, there’s a kind of raw honesty and desire to her character and voicing, that we can all relate to. 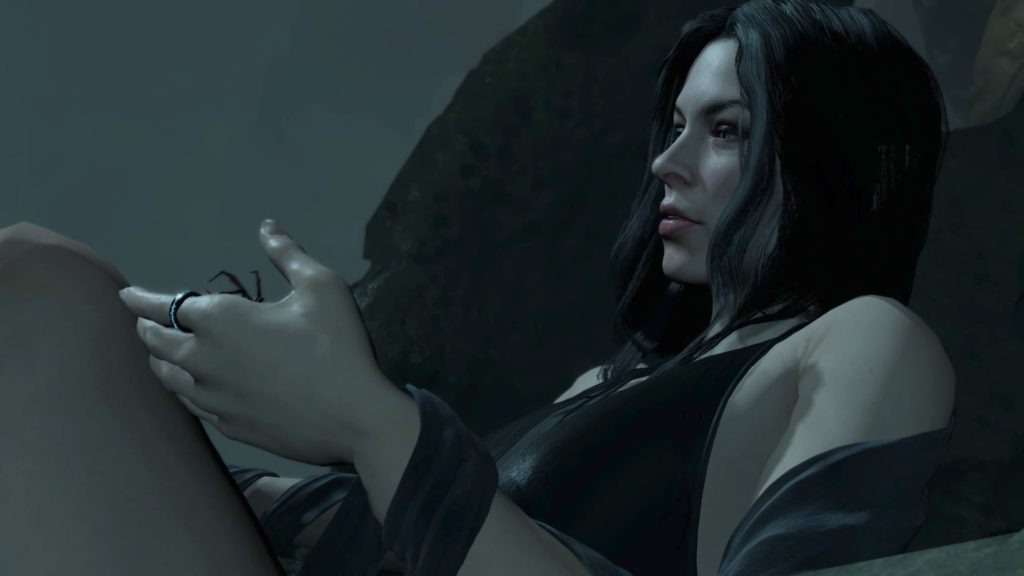 Troy Baker and Alastair Duncan return as Talion and Celebrimbor and continue their entwined struggle for freedom. Their characters are pretty similar to Shadow of Mordor even after the falling out they had towards the end of the last game. Celebrimbor remains in his position of power as a wraith, inhabiting Talion as a vessel and ensuring his mortality doesn’t come to an end just yet. His authority and man years on the earth comes through very strongly in his voice and Talion remains a young and tortured human but with a renewed fierceness, but shows a softer side as he encounters more characters, in a life he can never truly regain.

Overall, despite some reviews stating that this game has added too many features, it’s not as bad as all that. There’s plenty of redeeming factors with a well written narrative, better developed characters and the pretty astonishing variety to the many orcs we can choose as our nemesis. Although sometimes the audio can be a bit overwhelming, it’s generally pretty impressive, with a lot of detail and variety.