Nibblers is a new game from the creators of Angry Birds. It is described as “a Candy Crush clone with 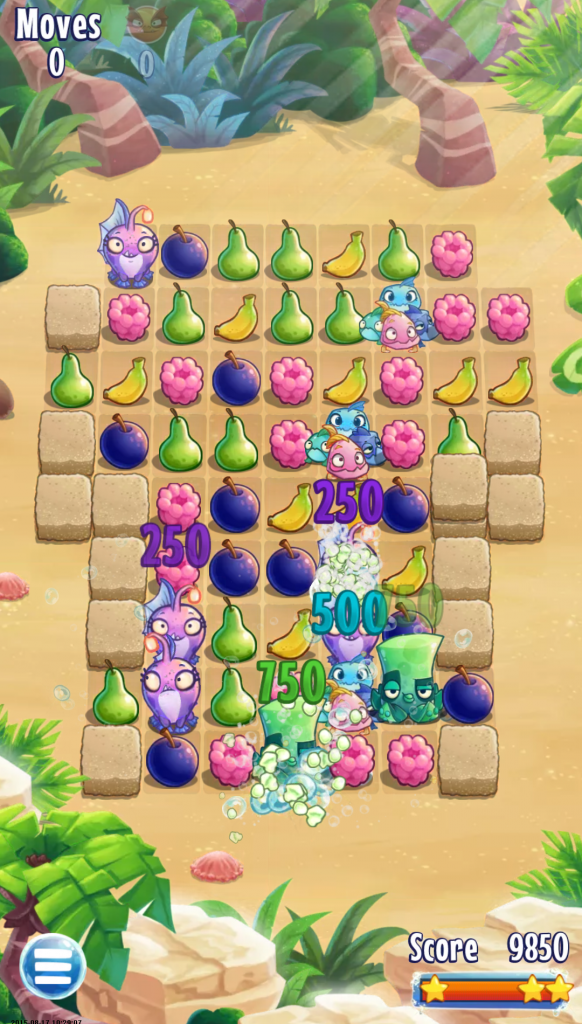 over 200 levels, but of course games such as Bejewelled existed before Candy Crush and other gem swapping games before that. It’s a well known, liked and used game concept. The game follows small fish Coral and friends as they journey through a land, defeating lizards and eating fruit! It was released this month on Android and iOS.

Some of the individual characters have really cute and quirky voices. The lizards especially have a cheeky, slightly dark cackle that adds nicely to their personality as the “baddies” of the game. The fish’s voices feature in their special moves in a playful tone and often alert the player to game states such as “Fruit Frenzy!”.

Sound design is used heavily and to good effect. In the menu selection, there’s lovely bird and insect sounds to create the soundscape of an exotic forest. Most of the characters special moves are accompanied with sonic swooshes and flourishes that add to the overall fun atmosphere.

The music itself is really nicely produced and fits perfectly in this kind of fun and long mobile game (200+ levels remember!). However, the audio implementation really leaves a lot to be desired. Firstly when in the level selection/map there’s a good 5-10 seconds where there’s just the forest soundscapes, then suddenly music comes in. It doesn’t work, the gap feels unnatural, there should really be music, either fading in from the start, or beginning when we enter the level selection, or even just the soundscapes. Secondly, there’s no interactivity from the music once a level is started. It’s a standard loop, that within itself is a nice track (as a standalone) however within gameplay doesn’t make complete sense. Because the track is just a loop, the music can often change in ways that doesn’t relate to what’s going in in the level. For example, I could be furiously swapping fruits to create big combo’s, but the music could be at the beginning of the track with only one layer of instrumentation and a very relaxed vibe. Equally I could not be doing anything, just pausing to have a think, and the music can be building up as if something in the level is happening. It is perhaps a little sad to see a company as big as Rovio not investing more into reactive audio.

Overall Pasi Pitkänen and Salla Hakkola do a really great job on the sound design and music, it just would have been nice to see more variety in its uses and implementation. In a game like this, where the players are likely to spend a considerable amount of time playing, taking a loop based approach to music can become quickly boring and repetitive.

To see Nibblers in action: 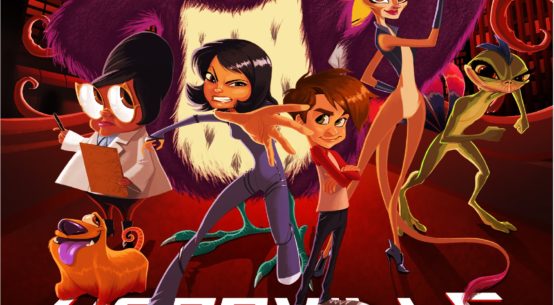