Sublevel Zero Redux, hit consoles Playstation 4 and Xbox One, on March 7th after its original success on Steam. The game is a first-person rogue-like, six-degree-of-freedom shooter, set in a universe where reality is falling apart. You take control of a lone gunship pilot whose mission is to loot and craft ancient technology. Descending into a vast underground facility, you fight through procedurally generated, zero gravity environments to recover the technology you and your clan need to survive.

Composer Will Bedford did such a perfect job creating the soundtrack for this game, there’s even reviewers saying they’d be happy to leave the menu on for a while just to listen to it, and I don’t disagree with them! Bedford’s soundtrack reflects the low poly art style with chip-tune elements, and the “Thomas Was Alone” synth sound with a use of delays. It certainly doesn’t sound “low resolution”, as the retro sounds are combined with sparkly synth pads and strings. The heavy use of synthesisers tends to have space travel, or futuristic, connotations. This is a natural choice for this game, but there are sometimes some surprising instrument choices. For example, there’s a flute melody, that almost reminds me of Zelda, that adds a more chilled, relaxing atmosphere in some levels, in contrast to the energy of the menu theme. High frequency arpeggiated patterns add to this almost glass-like, magical world we can fly through. The addition of piano to some of the less driving tracks, creates a mystical and melodic part to our journey.

Some parts of the soundtrack are more upbeat, while some parts are closer to a more atmospheric and ambient aural world. There is always a strong beat pushing the player forward through the game, often with quite “cinematic sounding” drums. A regular build up and release of tension throughout the game, keeps the music feeling fresh and dodges the problem of repetitive loops sounding boring. To describe the musical result within the game, I would have to say it is something along the lines of Daft Punk meets Brian Eno! There are reasonable comparisons to be made between the aesthetics of the TRON soundtrack and visuals, but matched up with the game mechanics of the 90’s title Descent (Parallax Software). A recognisable theme for the game appears at various points, uniting different pieces of the soundtrack. The music within Sublevel Zero uses Fmod to adapt to events within the game to create a polished, fluid and enjoyable experience.

The sound design for Sublevel Zero is really satisfying, from the spacey/synthetic unlock and collection sound effects, to the variety in weapons and guns. From sonar, to bullets, to buy levitra online in uk space blasters, there’s an array of options to choose from, each with their own unique audio footprint. Whenever we open the menu the audio is filtered down, while we change our loadout, with pleasant UI sounds aiding our choices, it helps us to feel aboard a high tech ship making decisions to complete our journey.

A beep when we unlock chests, rather than a typical key/unlocking sound adds to the futuristic sound design. When we pick items up, a non-metallic coin pickup sound is used, further reinforcing that we are not on earth, and things sound different, wherever we are.

When we complete a level, there is a wind up of SFX and the soundtrack, tying the experience together. Everything sounds really well produced. The music and sound design work together, in perfect partnership, to create a rounded audio atmosphere that suits the game mechanics and visuals effectively.

Sublevel Zero is a really awesome game, but there are a couple of flaws with the port to console, with the procedurally generated maps sometimes being tricky to navigate. This is mainly due to the player needing to strafe up and down, as well as using analogue sticks to move back and forth, whilst looking around, making it hard to play the game smoothly. Custom button mapping would have maybe been helpful, the main problem is that this game was probably designed to be played on a PC with a keyboard and mouse, rather than with a game-pad controller. 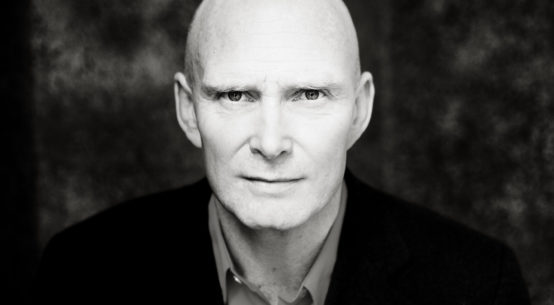