This incredibly long awaited game has finally hit us in all its feathery glory. In The Last Guardian, you play as a young boy befriending and guiding his griffin-like friend, Trico, around the ancient ruins of a temple. Plenty of puzzles to confuse and frustrate you, but it’s inevitably worth it to be regularly reunited with your big, clumsy beast! There’s no denying that The Last Guardian is a beautiful game, but the dire amount of buggy/glitchy gameplay is also inescapable, however cute Trico is.

Of course, it’s impossible to talk about this game, without mentioning Trico. The boy’s relationship with Trico is really central to the gameplay and the narrative, and a large part of this hinges on the creatures vocalisations. We really know how Trico is feeling, from his huffing or sniffing at surroundings in displeasure or curiosity, to when his is roaring and growling in terror at the stained glass eyes. He even howls after us when we need to go ahead to clear the way for him. Many different creature noises, anything from a horse to a wolf, are used for this mythical hybrid and it works really well in conveying his wild yet emotive nature.

Composer Takeshi Furukawa was brought on board in 2011 to create the games soundtrack, however didn’t begin composing much until 2013, with completion of the music in 2016. The lack of music within the game is unusual, it is only really used in “battle” scenes and for dramatic cut-scenes. Furukawa has stated that he wanted to “avoid overstating the emotional aspect of the game, which he felt was already sufficiently conveyed through the gameplay and animation, and instead kept the music restrained except during key narrative elements or in specific locales of the game work”. While the decision of when to not have music playing is just as important as choosing when to highlight it, this game did feel a little quiet. This certainly increased the impact of dramatic moments but perhaps left them feeling a bit “over the top” the tenth time Trico stumbles and nearly drops the boy.

The aesthetics of the sound design were really on target, from the moment we press “X” to strike a gong at the menu and begin the game. Lots of sparkly, higher frequency sounds are used to echo the magic and mystery around every corner, contrasted by the earthy thuds of Trico and the various stone guards lurking underground. There’s a nice audio representation of the divide between the organic, natural environment and the supernatural presence linked to Trico.

Vast rocky temples feature heavily in The Last Guardian and are really brought to life by the crumbling of old rocks around you as you leap, jump and trip from ledge to ledge. Of course our small rocky footfalls are in direct contrast to Trico’s thuds and scrabbling, as his clumsiness and size is reflected off every surface. There are also points in the game in a deep underwater cavern that requires a lot of swimming and diving. Not only are the visuals completely stunning but the sound design totally adds life and detail to the scene. Our swimming and diving feels realistic with the filtering of frequencies when we dive and similarly the low rumbles and rushing when we hold tight to Trico underwater.

Overall the game is absolutely beautiful and the audio, especially Trico, is fantastic, but if you want to take a risk on the buggy experience, you will likely find yourself getting frustrated and having to solve the same puzzles multiple times to progress. Maybe it is worth it for the beautiful scenery and story, but it is a sad continuing trend with games getting released incomplete! 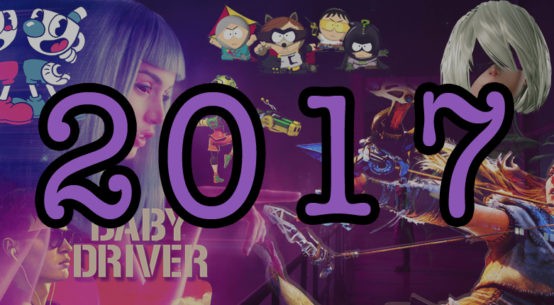