Screen Music Connect is a new event series, following on from the success of Game Music Connect, but opening up to a wider audience of composers and music industry professionals who work on music to picture. Founded by award-winning composer James Hannigan, it was created to “explore and celebrate the richly diverse world of Screen Music and the talent behind it”. The event took place on Monday 24th September, at The Purcell Room on Southbank in London, featuring a wide range of speakers from different disciplines across music, it was sure to be an interesting day.

Christian Henson gave the opening keynote covering the topic of whether or not a computer could ever replace a composer. He used the examples of meticulously selected existing music for certain pieces of visual media, that a computer couldn’t understand because of the cultural context and that the level of imperfection that draws us to it isn’t necessarily quantifiable. He argued that music is all about nuance and computers have to be human before they can create music from a human perspective. It was an engaging and amusing way to start the day.

The panel discussed the rise in video game music concerts and how often game music fans attended but less of the usual crowd who attend classical concerts. Some panelists felt there was less of a gap between film/game music and classical music, but Jess said that there is still a gap between classical elitists and game/film music that is classical, and vice versa, that game music fans actually didn’t want “other” classical music. When Jess and Jenny were working on High Score, they received complaints when they played music that wasn’t from games, perhaps because they felt game music doesn’t get enough attention and it was taking away from the small dedicated time slot they did have. James Williams wanted to encourage people from both sides to appreciate and attend music outside of your box, and Philip agreed that you should be outside your box at all times! They all felt that “classical music” has become a loaded term that is often associated with some kind of snobbery or elitism and that “orchestral music” seems to be more appropriate for all these kind of concerts.

We were then treated to a wonderful performance from Philip Sheppard of his cello compositions for Detroit: Become Human. For those who don’t know the game features three main characters: Connor, Kara and Markus, that each had an individual composer create music for. Philip was responsible for scoring Kara’s journey.

Following on was a panel about “Career Management – Keys for Success” chaired by John Broomhall, with Darell Alexander, Richard Jacques (Ivor Novello and BAFTA Nominated Composer), Dru Masters (TV and Film Composer. Board Director at PRS and BASCA). Here are the best tips from the panel:

Next up, was a talk from Ed Newton-Rex entitled “Artificial Intelligence in Music: Can Computers be Creative?“. Ed is the founder and CEO of Jukedeck and a composer who got interested in AI music that could be used commercially. He said AI music mostly uses artifical neural networks, that are meant to reflect roughly how the brain works. They use probability weightings, that change depending on if you tell the computer it is correct or incorrect. Jukedeck trained the machine to know what note to play next in a sequence. They believe that AI can also help education and also personalise music for each individual listener much more, and that this could be particularly helpful for video game music.

After a quick lunch break, was “The Story of Interactive Music – Past, Present and Future” with Olivier Derivière, James Hannigan, Richard Jacques and chaired by John Broomhall. They talked a little about the start of video game music, having to be programmed into chips and moved forward in time to discussing the score for Headhunter, that was the first video game soundtrack to be recorded at Abbey Road. James then showed us his work on a game called Republic (2002) where there was an incredible level of interactivity to the music. He was lucky to be given a lot of scope with the developers to be able to do this and he was able to use variables such as the time of day and the state of the campaign to drive variation in the music. They used a live orchestra for the game, but it all had to be dissected and compartmentalised in order to work so adaptively in the game.

Next was a wonderful part of the day, where Andrew Collins (Classic FM) sat down to interview Debbie Wiseman, with a conspicuous Steinway Piano also present on stage! She talked about how she started to become interested in music, from the age of 7. Her family were holidaying in Torquay at a B&B and there was an old piano that was being used as a cutlery drawer. From then on she became fascinated with the instrument. She is very passionate about using live players in her scores and says if she is writing for an orchestra, she wants real players, not a sample library or a VST. A skill she thinks that is invaluable for composers, is the ability to navigate comments and feedback about your own work. She says sometimes she thinks something works but it isn’t necessarily what the director wants. Writers block isn’t an option! If something doesn’t work, put it down and don’t go back to it. Debbie says she doesn’t ever go back to old themes or music she has written previously. Finally she sat down at the piano to play some of her best known work, a real treat for everyone present.

Finishing off the day was a panel about Creative Partnerships in Film, TV and Games, welcoming back Jessica Curry and Jenny Nelson, who were joined by Patrick Jonsson (Emmy Nominated Film Composer) and Vasco Hexel (Composer and Area Leader, Composition for Screen, Royal College of Music). Jessica talked about her relationship with husband Dan Pimchbeck and running The Chinese Room together. Having such a close personal relationship with someone that you also have a professional relationship with, enabled her to know straight away when a composition isn’t right, she could just tell cheap viagra online nz from his facial expressions. She said she was the least commercial composer ever and that she won’t do anything that she doesn’t completely feel connected to. Her advice to anyone was not to let yourself get treated badly. They talked a little about partnerships between famous directors and composers. Jenny had spent a lot of time studying these relationships and her top tip for people was to research and immerse yourself in a project.

With that, the day was over and the first iteration of Screen Music Connect was a success. Interesting discussions, tips and ideas that all attendees can take forward into their creative practice. We hope to see it return next year!

We hope you enjoyed Alyx’s  article, check out others in our Reviews section. Don’t forget to sign up to our Monthly Newsletter to make sure you don’t miss out on our reviews and interviews. 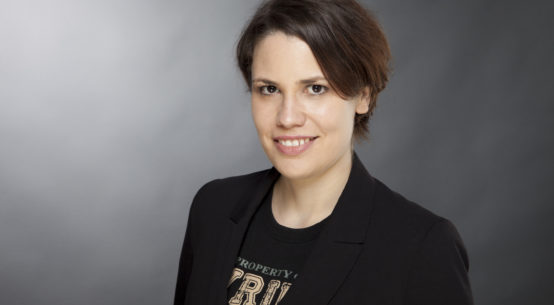 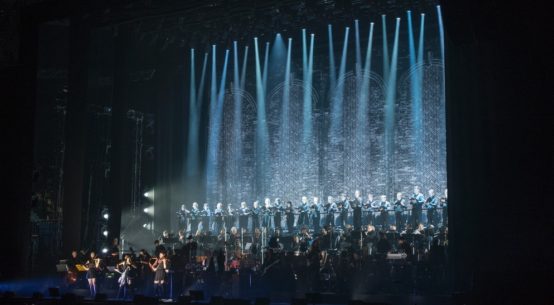