Since this review was written, Pro Sound Effects released the Hybrid Library 2017 – the latest edition of their best overall value general sound library. Designed to be your go-to source of creative fuel, the Hybrid Library 2017 now offers 63,000+ sound effects with rich metadata, full online access, and free annual updates. New features include over 8,000 additional feature film sound effects and bundled search software.
To celebrate the release, a limited number of Hybrid Library 2017 licenses are available at over 60% off exclusively for freelancers until December 31st. Application for Freelancer Pricing is free with no purchase commitment. Learn more and apply at prosoundeffects.com/hybrid.
NOTE END

It’s has been described as ‘The Sound Designer’s Secret Weapon’, and after just a short while looking through the library it’s easy to see why! For the purpose of this review, Pro Sound Effects sent a hard-drive with the library loaded on, the very same as buying customers would receive; a Mac & PC compatible 1TB drive with a massive 297GB of sound recordings and created effects! With over 55000 100% royalty free sounds, clocking in at over 600 hours, this is a truly huge and in-depth library!

The provided library itself consists of a combination of a number of different collections including but not limited to: The Foundation Sound Effects Library (recorded by Stephan Schütze, games industry veteran composer and sound designer) and Sonopedia 2.0 (by Blastwave FX, owned by Ric Viers, renowned freelance sound designer and author of the popular The Sound Effects Bible), including many other smaller libraries and recordings. More than this, Hybrid customers also net themselves 100 free downloads from the Pro Sound Effects online library (consisting of well over 175’000 sounds), to fill in any gaps or fulfil requirements that the provided library might not already provide. As if this wasn’t enough, PSE also give free digitally delivered annual updates; more sounds to fill that 1TB hard-drive with!

So how much will all this cost, I hear you ask? Well there are a couple of options in regards to price: for companies, a single user buyout of Hybrid will set you back $3995 (about £3050) or there’s a multi-user license option that starts at $1295 (≈£990) a year. PSE also run a freelancer program that gives independent audio specialists and professionals a discount price, provided that you qualify; And if you do, you’ll be able to get hold of the Hybrid library for $1995 (≈£1520) instead, that’s just less than half the price!

Now whilst this might seem a lot to pay, let’s consider that just for Schütze’s The Foundation Sound Effects Library, it’ll cost $2995 (≈£2285), that’s before you even factor in all the Sonopedia 2.0 and extra bits from other contributors!

When compared with its competitors, Hybrid is excellent value for money. The Complete Sound Effects Library Hard Drive from The Hollywood Edge is currently available for a discounted price of $6000 (≈£4580), and whilst it contains close to 71’000 sound effects, the total size of the files is only 287GB. This greater file size for Hybrid is no doubt due to the number of high quality created sounds and recordings. Whilst a mixture of 48k/16bit, 48k/24bit, 44.1k/16bit can be found in the Hybrid Library, there are also a large number of sounds that are provided at 96k/24bit!

But of course, this wouldn’t be a review without having a listen to the sounds myself; after all this is why I have the hard-drive in my possession! Upon opening up the library I was instantly blown away by the wealth of content that is available, everything from helicopters to exotic birds, classic cartoons to the goriest fruit destruction I’ve ever heard! There’s even close to 4GB worth of gun shot sounds alone! There can be no doubt that a lot of time and hard work has gone into the recording and editing of these sounds, and what’s great is a number of these sounds are recorded from varying distances, allowing you to choose ones that will be most appropriate for your end product. Some of the particular areas in which users will find an abundance of audio content are the recordings of aircraft, guns, animals, vehicles, room tones, machinery, rocks & rubble and all manner of water sounds, including rain and a plethora of underwater recordings. I was also especially impressed with the created explosion sounds, such a great level of detail with amazing stereo width! With the vast majority of these, there is very little noise floor and could be easily gotten rid of with using the likes of Izotope’s RX-5 or even some clever EQing.

However, despite the otherwise enormity of recordings, there were some sounds I felt were significantly lacking alternate recordings or variations. Namely these were the sounds of dying breath vocalizations, recordings of plastic chairs, laser swords and bullet ricochets (all 5 of which were heavily processed, which was odd). But it’s hard to remain despondent with this scarcity of variations, as one could just use some of the 100 free online downloads provided to get as many more as required.

Interestingly I also found that there was over 1.75GB of just subwoofer sounds alone, and upon listening to a number of them found that there probably didn’t need to be quite as many. Similarly I found that a lot of the created ‘alarm’ sounds were incredibly long, in many cases too long for how monotonous and repetitive the sound was; for some it was the same sound repeated constantly for nigh on 2 minutes! To me this felt a bit unnecessary, that the space these sounds were taking up could’ve been used for storing different or more recordings of other things; however I’d be interested to hear PSE’s reasoning behind this.

Of all the sounds that I listened to there were very few indeed that I found lacking quality wise, in fact I re-listened many times over just to make sure it wasn’t just my ears getting fatigued. There were a few problems with clipping sounds but this was only apparent with the male and chimpanzee screams, yet if I were choosing a scream sound, I would never select one that had any preexisting peaking issues. In addition to this, I also found there were a few ‘clicking’ / ‘popping’ issues with some of the looped created alarms. On another minor note, I also found it a bit odd that some of exactly the same glass breaking sounds were provided in both 48k/24bit and 44.1k/16bit; why not just supply the 48k/24bit versions? Saves on hard-drive space and means that users can down sample to 44.1/16bit if they so desire.

Lastly we come to the license agreement! In selling the Hybrid Library to you, the user, Pro Sound Effects provide a non-exclusive, non-sublicenseable & non-transferable license; put simply the sounds aren’t completely unique to each individual hard-drive load and are to be used by you, and you alone. Owners of the library are allowed to make a copy of the licensed material to another hard-drive, but only upon having received consent from PSE. In reading through the agreement slip provided with the hard-drive, I could find no mention that sounds used had to be combined with those from other libraries or personal recordings, only that all sounds used MUST be used in a synchronous manner, i.e. to exported film or video games, but cannot be used in a non-synchronized (standalone samples) or asynchronous manner (such as live video streaming).

In conclusion, I think I can fairly say that Hybrid is an absolutely amazing collection of recordings and created sound effects for the price, costing a lot less than it’s competitors. Sure, it has a few rough edges, but I feel that these can largely be covered by the 100 free downloads from the PSE online library, allowing users to at least partially customize their purchase! Whilst it certainly doesn’t seem initially cheap, especially when considering it’s aimed at the independent audio professional, it’s a lot less expensive than the sum of its parts! When you factor in the freelance discount and free yearly updates, I find it hard to believe that any sound effects provider will be able to beat the Hybrid Library on sheer value for money!

We hope you enjoyed Doug’s review, check out others in our Reviews section. Don’t forget to sign up to ourMonthly Newsletter to make sure you don’t miss out on our reviews and interviews. 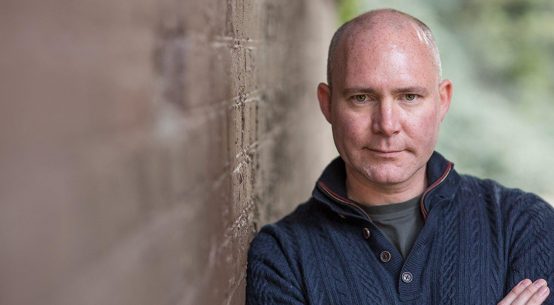