Referencing… We all do it… or so I thought.

I’ve been lucky enough to meet a tonne of composers/musicians these past 12 months at various events and when we do start to mingle, it’s not long before “Composer Bingo” begins. You know the conversations that will undoubtedly come up. “What’s your work flow?” “what’s on your mix bus?” “who are you, and what are you doing here?” These kind of questions arise again and again.

I’m often quite surprised that many people recording, mixing and mastering are not referencing against the big hitters out there. So even though I’ve decided to write here about a relatively older plugin, I’ve realised, surprisingly, I’m arguably still in the minority when it comes to referencing.

Believe it or not, it was 2012 that Sample Magic released the first version of Magic AB.

A simple but tremendous little beast that sits best on the last slot on your master bus in your DAW, it allows users to load up audio files and, with a simple click of a button, you can switch between your mix that’s causing you more grief than a dodgy wisdom tooth. You can then compare it to, well, anything you darn well please.

With 9 slots available, you can of course load the most heavenly mixes you’ve ever heard to the point that it’s quite sickening how tremendous they sound. Due to the success of Magic AB in 2015, Sample Magic released a second version, with a few new features and an improved interface.

Yeah man, this plugin is old, what gives?

So why I am reviewing a plugin in that’s been out for so long? Not enough of us are using referencing to learn and improve their mixing. It’s as simple as that.

Back in the day when boybands ruled the world and Kasabian didn’t exist, producers and engineers would often compile a CD of their favourite tracks to take into any studio they were working in. Playing the CD through the studio system, helped them train their ears to the room and gave them an idea of any strange nodes & acoustic resonances (essentially checking it didn’t sound shoddy).

In recent years, mixers began to import their reference tracks into their DAW on a stereo track and would solo/mute when needed to hear the difference between their mix and the pro’s. Magic AB takes it a few steps further and trust me, it makes everything so much easier.

Magic AB has separate volume controls for each individual track you load in. You can drag and drop from your folders or even iTunes.

You also have a master fader for both the “A” (your mix) & “B” (the reference you’re choosing to listen to) Given that the reference tracks are more often than not going to be louder than your mix,(though not always the case) it is imperative to make sure you get them as close in level as you can. You see, us bloody humans automatically think music sounds cooler when the bass is louder, thus clouding our judgment on whether it actually sounds any better at all. Rabbit hole alert. Not going down that route today my friends.

You have RMS & Peak meter readings to give you the best chance of matching your levels so they’re sitting nicely together. Your ears will thank you for it. There is also a crest factor meter to show you how dynamic your track is. This compares the difference between your peaks and your average level. A larger crest factor, a more dynamic track you’ll have.

There’s even a stereo/mono switch. This is a fantastic way to check how your mix is sounding in Mono and many mixers use this method to achieve a better balance amongst other things. They do say a great mono mix will always sound great in stereo but that’s not always true the other way around. Discuss….

Magic AB also realises you might only want a section of the song being played rather than the whole song. You can create up to 4 loop points in each track which is incredibly handy when you just want that 30 second drum solo, 7 minutes into the Jazz odyssey piece you found on a compilation a few years back.

You can zoom in on certain sections and even create cross fades to give you ears a rest before the references switch between each other.

If you’re writing, mixing or mastering a variety of different genres, using the preset folder option in Magic AB will be a real time saver.

Want to make your orchestral piece shine? Then create a 9 track playlist of your favourite recordings that are of a similar ilk. It can then be brought into the plugin by visiting the preset button. Should the next day, you end up working on an acoustic track, you can then bring up a playlist ready with the best recordings you have in that genre. An assortment of playlists with just a couple of clicks will save you time having to keep searching in iTunes.

As mentioned earlier, tracks can be dragged and dropped into each slot on the GUI. It’s also fast & easy to chop and change something from your list. This can then be updated and saved ready for the next time. It also copies the audio files into a folder so they don’t go missing.

For those with not much screen real estate, there is a smaller GUI option with the click of a button.

The idea behind this piece is not an in-depth look into the plugin. It is in fact quite self explanatory. I wanted to highlight the importance of listening to what we know sounds magnificent to our ears and then having a tool that allows us to compare our work against it. You’ll learn quicker and buy alprazolam online mexico it will no doubt unravel so many misconceptions you have about your favourite mixes and your own work. Most of us aren’t blessed with a tremendous room to mix in. Some of us don’t even own speakers and mix on headphones. This is becoming more prevalent with people working remotely.

Whether mixing in hotel rooms or even on planes, trains & automobiles (though not selling curtain rings) we can use these tracks to help our ears reset if you will. Just like when we listen to mixes in our car or the crappiest of boom boxes. There is absolutely nothing wrong with having the best sounding music you’ve ever heard sat alongside you for the ride. Most importantly, they will teach you about WHY they sound good, which is something we don’t ask ourselves enough. It’s not cheating you know.

“Talent borrows, genius steals” Someone called Oscar once said. Although it must be said there are a couple of other reference plugins available now with more features than Sample Magic’s Magic AB I’ve yet to try one that is as user friendly, or as intuitive as this one.

Many thanks to the following artists who provided their music for this review, 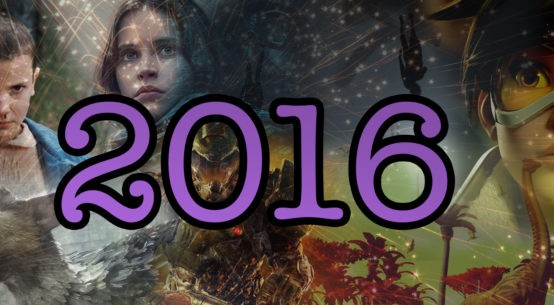 The Sound Architect’s Top Audio of 2016!