Note:
If you are interested in buying Cinematic Winds, Pro Sound Effects are offering
an exclusive special offer for our readers of $20 off for the first 50 customers!
Use discount code TSA20CW at the checkout at www.prosoundeffects.com

Recorded by the renowned Alan Splet and Ann Kroeber over a number of years, this collection formed part of the pair’s enormous source library known as ‘Sound Mountain’. Sound Mountain contains many of the recordings that the pair used in their films – works including Dune, The Black Stallion and Dead Poets Society – and famously during their work with Director David Lynch (Twin Peaks, The Elephant Man). Now partnered with Pro Sound Effects, Ann Kroeber has made these 98 closely guarded treasures available to the public. Recorded in 24 bit/48kHz stereo, the bundle totals over 3 hours (and 3.3GB) of winds in every variety that you can imagine. From beach breezes to hair raising howls, this collection captures the power of nature in beautiful clarity. With an average track time of 1min 57s, there is plenty to play with in each track; either as a drag and drop ambience or as a flexible and fascinating start point for some creative sound design.

With the obvious application being for ambiences, these winds fulfill their purpose wonderfully and are amazingly evocative of the spaces that they were recorded in. If you need to create mood and tension or simply want to immerse your audience further in to the world that you are making, these winds are a fantastic base layer.

Any seasoned recordist knows how difficult it is to capture a wind recording that is even remotely usable; it is often a frustrating task just trying to avoid clipping or muffling the signal as you record, which is why it is such a great feat that these recordings are not only nearly faultless, but also so full of character. The level of quality in this library is testament to Alan and Ann’s skill as recordists, and luckily it makes life so much easier for the rest of us!

Because of the difficulty of recording, it is unsurprising that there is relatively little competition for this library currently on the market at this level. At $199 USD, the price is on point per track with its small number of competitors and it is one of those very few that is offering such a large collection all in one place. The content is made available immediately via download, the order is stored in your account for one month on the Pro Sound Effects website and, unlike some other sites, is not limited to one download only.

Interior Winds includes spaces such as Barns, Elevator Shafts, Caves and Apartments. The “Steady Intense Tunnel” and “Wind Through Metal Pipes” are two favourites of mine in this category simply for their unique and interesting timbre and almost tonal quality.

Nature Winds are pretty much what you would expect; they include beach, desert, trees and mountain wind sounds. The majority are clear of any sound other than the wind, making them very easy to use with minimal editing. There are the odd couple that include bird calls very low in the mix, but they are in-keeping with the space and, if anything, add to the recording rather than detract. I particularly like that the “Death Valley Desert Breeze” was included in this collection, because it is an especially iconic location.

Storm Winds stand out in this library mainly for the interest in the stereo field. There is a lot of whipping and swirling going on which makes these recordings very active for the listener. The separation in the left and right channels, in the “Atomic Wind” particularly, make these tracks a great choice for a 3D ambience in a game. The majority of the Storm Winds have a tonal element which is very convincing and there is a great choice of different storms from simple strong gusts, to sand storms, hurricanes, and cyclones.

Wild Winds contains a surprising amount of variety. They are recordings of the most powerful, close miked winds in the library. I am honestly astonished that a track like “Intense Gusts” was possible to record, simply because of the sheer velocity of the wind passing right past the mic. I really enjoyed listening to this portion of the library which captures gales and blusters. It does however at points, start to become difficult to understand how the curators made the decision to differentiate between the Wild Winds and the Storm Winds. “Intense Whipping” is a favourite of mine, as it could easily be used for multiple applications including dagger throws, wind magic, the start of a summoning, or as a layer for a monster scream.

I’ve saved Moody Winds until last because they are my favourite category of the lot. These are the screamers. With names like “Low Moaning Cave”, “Hollow Lonely Abyss” and “Vast Slow Howling”, you get the idea. I even find “Deep Calm” very unsettling despite the name. These are the winds of nightmares, ghosts and ghouls, and wow, are they effective at making you feel like you are in “The Shining”. If I had a horror project to work on, I wouldn’t think twice about these winds being my go-to resource.

From throwing a random sample of about 10 of the WAVs in to my DAW I can see that the recording levels are pretty consistent, leaving plenty of headroom, with even the loudest tracks not breaking –10dB on the Peak Meter, and around –12dB RMS. Quieter tracks, such as “Wind Through Pine Trees” float all the way down to around –40dB in their quietest moments, so there is a lot of lovely dynamic range captured.

Cinematic Winds doesn’t always feel like a designed collection as some of the categories bleed in to one another, but I can’t decide if that is a good or a bad thing. As we know, the recordings have been picked from Sound Mountain, so the separate tracks are a little disjointed when brought together as a collection. But then again, I don’t think that it matters too much – in this library you are getting some really incredible classic movie sounds from an exclusive source that are all indivudally strong enough to stand on their own.

Some tracks are exceedingly long – upwards of 10 minutes in some cases, while others are short, approx. 35 secs (although these usually do have two takes to make up for it), so at some point you may feel like you haven’t got enough of the one thing that you really want. It is also a bit of a shame that these recordings are not available in surround or ambisonic formats as it would make them a lot more flexible for modern application.

In summary, Cinematic Winds promises to supply a wealth of choice of ambiences for any windy location. It is also a great option for creative sound design because of the level of modulation present. The quality of the recordings and the stability of the signals mean that you don’t have to buy cialis online with prescription worry about over-editing or further processing before use. Pro Sound Effects have added excellent metadata to all of the files making them compatible with your sample librarian software of choice. The price is competitive and the amount of content that you get is generous. The recordings are available in stereo only, whereas some competitors offer 5.0 surround (albeit for more than the $199USD price tag). Nevertheless, this is a great chance to get your hands on some timeless recordings from a prestigious recording team, that you know you will use again and again.

If you would like to more about this library, you might want to check out this podcast by SoundWorks, where Ann Kroeber describes how Cinematic Winds came to be – SoundWorksCollection.com.

Ann has also told us that she is planning on release many more libraries in partnership with Pro Sound Effects, so keep your eyes peeled for those.

Remember, if you are interested in buying Cinematic Winds, Pro Sound Effects are offering
an exclusive special offer for our readers of $20 off for the first 50 customers!
Use discount code TSA20CW at the checkout at www.prosoundeffects.com

We hope you enjoyed Jake’s review, check out others in our Reviews section. Don’t forget to sign up to our Monthly Newsletter to make sure you don’t miss out on our reviews and interviews.
We’re also running a Patreon campaign to make sure we can keep bringing you regular, high quality content if you’re feeling generous! Thanks for sharing!
The Sound Architect
Liked it? Take a second to support The Sound Architect on Patreon! 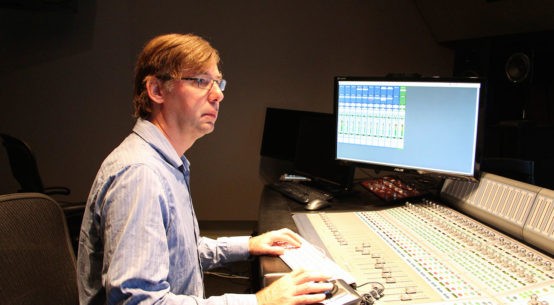